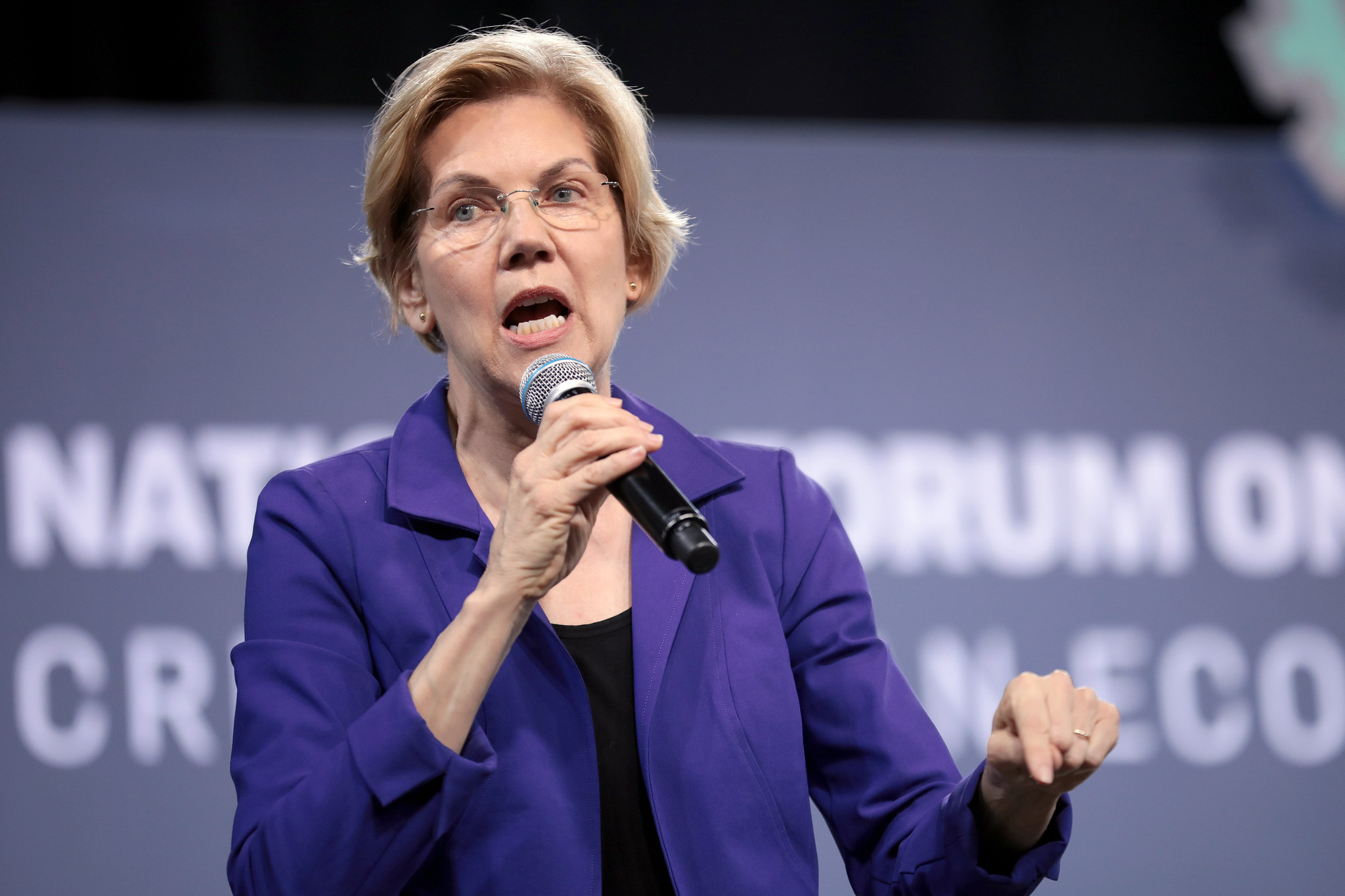 Zuckerberg was recorded on audio leaked Tuesday suggesting a legal battle with the federal government if the Massachusetts senator is elected. Warren has long been an advocate of breaking up big tech companies and earlier this year rolled out a proposal to go after companies including Facebook, Google, Amazon and Apple.

In Iowa, Buttigieg told reporters, “There’s an interesting conversation to be had about the kind of the neo-Brandeisian way of dealing with tech regulation, which I think is fairly convincing.” The Indiana Democrat then took a veiled shot at Warren: “That’s one of the reasons I choke a little bit on the idea that’s coming from at least one candidate [that] if a company reaches a certain scale, just break them up. In his view, “I think a lot of it has to do with what is actually happening and how it affects markets — especially when there are a lot of natural monopolies in tech.” As an example, Buttigieg suggested that if “you take Twitter, and cut it in half, you’ll just get two Twitters — one will be good and the other will go away.”

Instead, Buttigieg argued, “the more interesting question is about power and how much the concentration of economic power turns into concentration of political power, which is the big failure of neoliberalism.”

Zuckerberg added, “Does that still suck for us? Yeah. I mean, I don’t want to have a major lawsuit against our own government. That’s not like the position you want to be in… But look, at the end of the day, if someone’s going to try to threaten something that existential, you go to the mat and you fight.”

Warren countered on Twitter, saying “What would really ‘suck’ is if we don’t fix a corrupt system that lets giant companies like Facebook engage in illegal anticompetitive practices, stomp on consumer privacy rights, and repeatedly fumble their responsibility to protect our democracy.”

Buttigieg had previously offered direct criticism of Warren’s approach to politics on his bus tour. “She and I are after the same goals,” he said of the Massachusetts Democrat. “But her pitch has a lot more to do with fighting. She’s more interested in the fighting part of it. I’m more interested in outcomes.”

In contrast to Warren’s views on breaking up big tech companies, Buttigieg argued, “Some of the tech monopolies are natural monopolies that just have to be regulated and I think in some ways they are asking to be regulated… It’s very clear that they are making corporate policy decisions that are really public policy decisions, which they have none of the apparatus for, or accountability to make public policy, so they are stuck.” Buttigieg added, “I don’t think Mark Zuckerberg wants to be responsible to be the one who decides what hate speech is, but it turns out neither does Congress.”