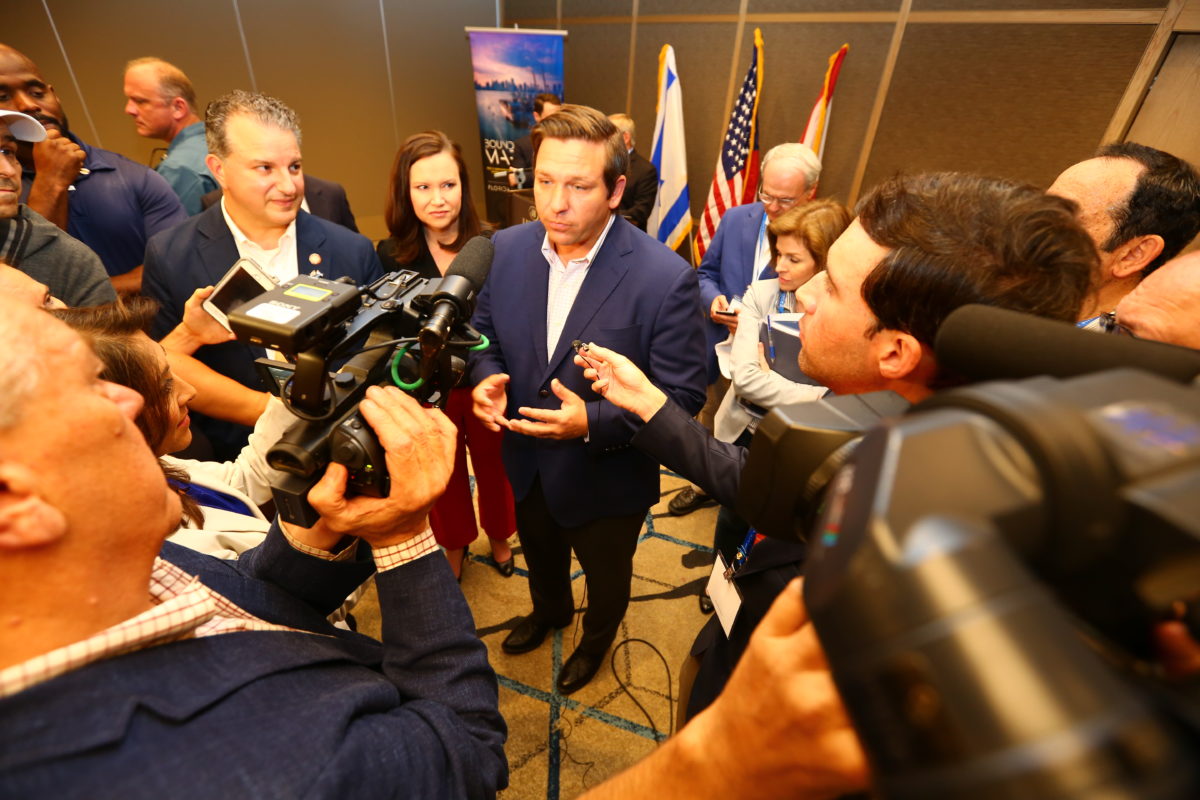 U.S. Ambassador to Israel David Friedman hosted Florida Governor Ron DeSantis at a reception at the ambassador’s residence in Herzliya on Tuesday evening, as part of DeSantis’s 6-day mission to Israel.

In a speech at the reception, DeSantis boasted about Florida being the first state to sanction Airbnb over its decision not to list properties in Israeli settlements in January. “You remember when Airbnb came out with its discriminatory policy, it was Florida that acted first, and we said, ‘This is not going to happen. And if you boycott Israel, we are going to boycott you.’ And that led to Airbnb reversing its policy,” DeSantis told the audience. “That’s a good thing.”

“We have already, I think, done a lot,” the Republican governor continued. “But I think that we have a natural relationship with Israel because we have very similar values in Florida as we do in Israel, and we have a lot of affinity groups — not just Jewish Floridians. We have a lot of other folks throughout Florida who really have an affinity for the state of Israel.”

“I think we have set a foundation to do an awful lot more over the coming years,” DeSantis said, adding that he “imagines” this will not be his last mission to Israel as governor of Florida.