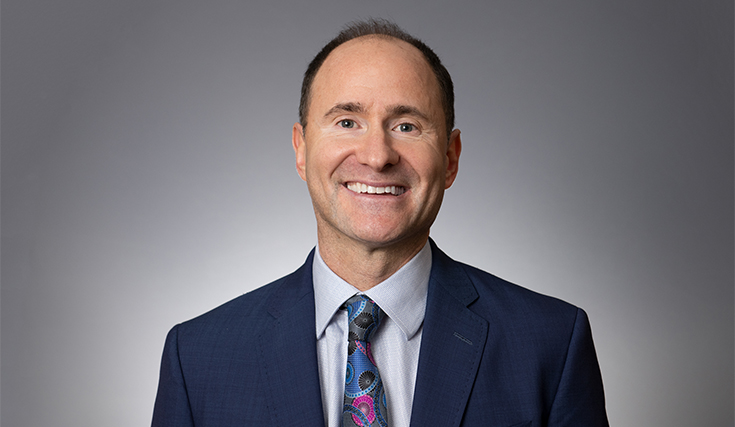 For many Jewish college students, Hillel is the first introduction to Judaism in their adult lives.

But in addition to providing essential Jewish services and community for students across North America, Hillel chapters have been thrust to the forefront in the fight against rising incidents of antisemitism on college campuses. As a result, local Hillel leaders, rabbis and students increasingly face a need to prepare for episodes of Jewish hate, including vandalism and harassment.

Among the Hillel International leadership, the trend has not gone unnoticed. In 2021, the organization introduced the Campus Climate Initiative aimed at working with local campus Hillel leaders and administration officials to develop action plans for combating antisemitism, including increasing educating students about the Jewish community.

Earlier this year, Hillel announced the expansion of the initiative to 15 additional colleges and universities, bringing the total participating campuses to 40.

“If you look at campus trends and broader trends in North American life and, really, globally, we are very much seeing this rise in antisemitism on campus,” Hillel International President and CEO Adam Lehman said during a recent appearance on Jewish Insider’s “Limited Liability Podcast.”

According to a 2021 survey conducted by Hillel and the Anti-Defamation League, 33% of Jewish students reported personally observing or experiencing antisemitism on campus. Overall, 15% of students said they felt uncomfortable sharing their Jewish identity.

“That’s really bad… In some of our surveys, we’ve seen that 15% climb to 40 or 50%. Totally unacceptable,” Lehman said. “Can you imagine if the LGBTQ community was out saying, ‘We cannot express ourselves, we’re gonna actually be undercover.’ Obviously, that’s the way it was for many minority communities, particularly the Black community or Hispanic community. It’s not an option.”

The impetus for the Campus Climate Initiative originated from the organization’s observations that college and university leadership lacked training and preparation to address antisemitism on their campuses.

“We have to engage university leaders in this process. This cannot be just the focus of Jewish organizations and student leaders. We need administrators to take responsibility for taking on antisemitism in the same way they focus on other forms of bias, discrimination and injustice,” Lehman emphasized.

The ultimate measure of success, Lehman said, comes when Jewish students feel safe and comfortable on campus. To achieve that, he outlined several suggested actions administrators could take to implement change, including incorporating antisemitism awareness into faculty, staff and student trainings and preparing bias response teams to become better attuned to how and where antisemitism appears.

“Beyond simply advocating to administrators, we’ve really said ‘How can we better educate and equip university leaders so that they can be partners in understanding antisemitism and actually making policy change that addresses the issue?’”

Lehman has been encouraged by the response received from administrators, particularly at a recent summit hosted by Hillel. “We had 45 university presidents or chancellors spending two full days learning about current trends in antisemitism,” he explained. “Together, in a peer-driven way, talking about how to deal with the thorny aspects of this issue. How do you balance free speech considerations with actually creating a campus climate that advances your educational institution’s mission? How do you deal with student organizations across lines? How do you understand where you are, or are not making progress?”

Balancing protections of free speech and concerns of antisemitism has often been an issue for universities. For many years, aggresive condemnation of Israel has been a leading cause of antisemitic incidents.

While Lehman maintained that criticism of the Jewish state does not always represent antisemitism, he argued that such focused efforts by organizations both on and off campus “specifically demonize Israel in ways that, sadly, are so divorced from fact or reality,” the resulting criticisms often become intertwined with antisemitic tropes and language.

“If you talk to members of Gen Z… they’re often trying to differentiate between intent and impact, Lehman observed. “When people Talmudically twist themselves into pretzels trying to show why anti-Zionism is not antisemitism, look at the impact. The impact is that Jewish students are often ostracized, alienated or face concrete bias from faculty from teaching assistants and even beyond.”

Editor’s note: Following publication, Lehman emailed the following statement: “I want to apologize for the insensitivity and lack of clarity of one of my comments, during a recent Jewish Insider interview, that compared the experience of Jewish students with those of other historically marginalized communities, including the LGBTQ+ community. In making the comparative point about the growing levels of Jewish students who don’t feel comfortable expressing their Jewish identities, I minimized the significant discrimination experienced by the LGBTQ+ community and the resulting long and painful history of closeting for members of the LGBTQ+ community. The comment was additionally problematic in several ways – it didn’t reflect the continuing lack of safety and support for many LGBTQ+ students in expressing their identities, it didn’t contemplate the many members of the Jewish community who hold multiple identities, including LGBTQ+ identities, and it unnecessarily and unhelpfully implied a sense of competition between marginalized communities in this context. The comment also does disservice to the significant work of Hillel in supporting and empowering Jewish LGBTQ+ students and in partnering with LGBTQ+ organizations across campus. I’m sorry for the hurt caused by the comment and appreciate the chance to continue learning so that I can grow my allyship with and support for the LGBTQ+ community.”