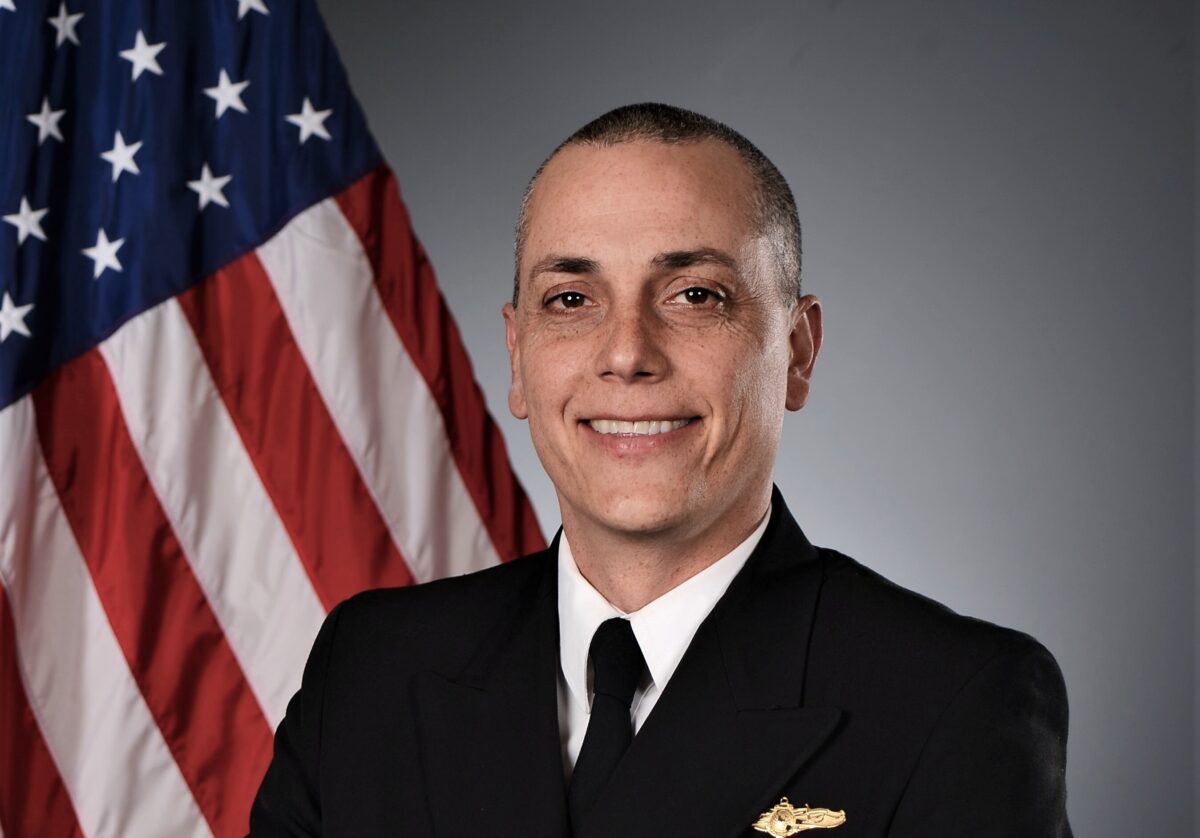 Fort Lauderdale Vice Mayor Ben Sorensen can’t say exactly what he does for the Navy Reserves as a lieutenant commander specializing in intelligence. But he does believe that this national security experience will help make him a strong candidate to replace Rep. Ted Deutch (D-FL) in a South Florida congressional seat.

“I have a passion for public service. I’ve been a Fort Lauderdale city commissioner and now the vice mayor of Fort Lauderdale for over four years and have loved being able to make a difference in our community and represent the people of Fort Lauderdale,” Sorensen told JI in an interview in May. “There’s many issues at the federal level which I’ve been working on for years that I’m passionate about.”

Sorensen, who is also a Presbyterian minister, volunteer police chaplain, executive coach and former teacher, said his family background helped inspire him to pursue public service — his father, a minister and university professor, was an organizer in the civil rights movement. Sorensen said he was also living in New York City during 9/11, which prompted him to join the Navy Reserves.

In the Navy Reserve, Sorensen served for a time at the Pentagon and is currently affiliated with U.S. Southern Command in Florida. He told JI he was unable to say what his specialty is, but, in a July candidate forum, alluded to work supporting U.S.-Israeli cooperative missile-defense programs like Iron Dome, David’s Sling and Arrow 3.

Sorensen said he had worked on education issues for former Sen. Bob Graham (D-FL) and at the local level in Fort Lauderdale, touting achievements including hiring a chief education officer for the city.

“Education is just critical to our economic growth as a city, as a region. To attract the best employers we need an educated workforce,” he said. “It’s also a national security issue. When I’m serving in the military, I want the best and brightest sitting there next to me.”

Sorensen described himself as “very progressive socially” and said that national security, climate change and racial and gender equality would be other priorities for him in Congress.

“Working at the highest levels of our national security apparatus, there’s no learning curve for me on some of the key national security issues — I’m gonna hit the ground running and lead,” he said. “I know how to get things done at the biggest level, I’ve been doing them, and we’re going to continue to do that in Congress as well. And then lastly, I’m someone who’s going to be really accessible.”

Sorensen also took an implicit swipe at Broward County Commissioner Jared Moskowitz — who currently leads the Democratic primary field in fundraising and has racked up endorsements from a host of local and national officials.

“You’ve got to look at my track record of being just a through-and-through Democrat who has not taken political appointments from a Republican governor,” Sorensen said. Deutch, who has not made a formal endorsement in the race, denounced accusations that Moskowitz supports DeSantis or former President Donald Trump. 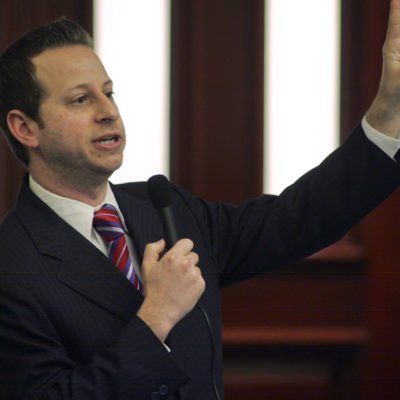 Sorensen told JI that the U.S.-Israel relationship “has to be protected, fostered and nurtured” both economically and militarily, emphasizing the two nations’ shared values, including “open and fair elections, embracing of diverse people and drawing big tents to include diverse demographics.”

In a candidate forum, he praised Israel as representing “the core values… of equality, embracing diversity and service to the country.”

Speaking to JI, Sorensen called for the U.S. to “continue to engage fully” with both the Israelis and Palestinians to work toward a two-state solution.

He elaborated in a candidate forum on this view, calling on the U.S. to pressure Palestinian leadership to “actually serve and focus on the people,” as well as expand the Abraham Accords and push back against the Boycott, Divestment and Sanctions movement.

Asked by JI in a follow-up email about recent votes by the Presbyterian Church — with which he serves as a minister — to support the BDS movement and label Israel an apartheid state, which have prompted condemnation from major Jewish organizations, Sorensen did not specifically address the church.

“I am completely opposed [to] the BDS movement and oppose any such negative categorization of Israel,” he said, before pivoting to discuss his work in the Navy Reserve.

Sorensen, who in his interview with JI repeatedly named Iran as a major global security threat, said that the U.S. has to “do more to enforce existing sanctions and add new ones… there’s more we need to do to hold their feet to the fire, and I’m hoping we’re going to get there quickly.”

He said he is “open” to the possibility of a deal with Iran that is more “robust” than the original 2015 nuclear agreement, one that would include ceasing enrichment and centrifuge construction and allow full access to international inspectors.

Pressed on the limited impact that current sanctions have had on Iran’s malign activities, Sorensen said, “I think we really [should] try to start with the nuclear focus first and see if we can get those items that I mentioned first… and then from there, depending on the outcome and the engagement there, then see for the possibility for further financial sanctions, trade sanctions and so forth.” 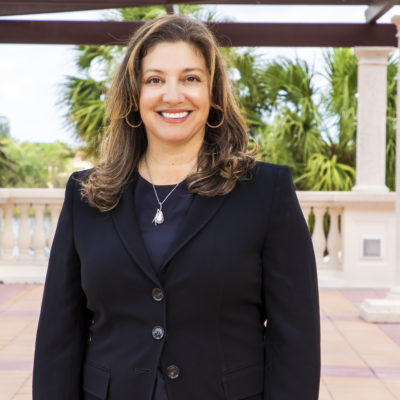 Sorensen said that, in his roles in Fort Lauderdale city government and as a police chaplain, he’s been responsible for helping to coordinate responses to antisemitic incidents in the U.S.

Rabbi Schneur Kaplan of the Downtown Jewish Center Chabad in Fort Lauderdale, who also used to be Sorensen’s neighbor, said he is a “mensch” and has “worked extensively” with the Jewish community from the city commission.

After the synagogue shooting in Poway, Calif., Kaplan recalled that Sorensen contacted him and other local Jewish leaders and was “very involved in coordinating interfaith memorial services.”

“[He was] concerned about the security for synagogues, came over to our synagogue with local law enforcement to discuss how we could enhance the security at our congregation,” Kaplan continued. “This was something that really touched him, and he went out of his way to see what he could do to help.”

At the federal level, Sorensen called for strengthened penalties for antisemitic hate crimes against both people and property, as well as called on elected leaders to call out “hate and discrimination in every form and fashion, which I see in federal and state government not happening to the degree which it should be. In fact, I see people fostering and encouraging hate.”

Pressed on those comments, Sorensen said he did not know if antisemitism was present within the Democratic ranks in Congress.

In the candidate forum, he pledged to join the bipartisan congressional antisemitism task force currently co-chaired by Deutch, and urged people of all faiths to come together against antisemitism and all forms of injustice.