The dinner comes amid weeks of simmering tensions in the country 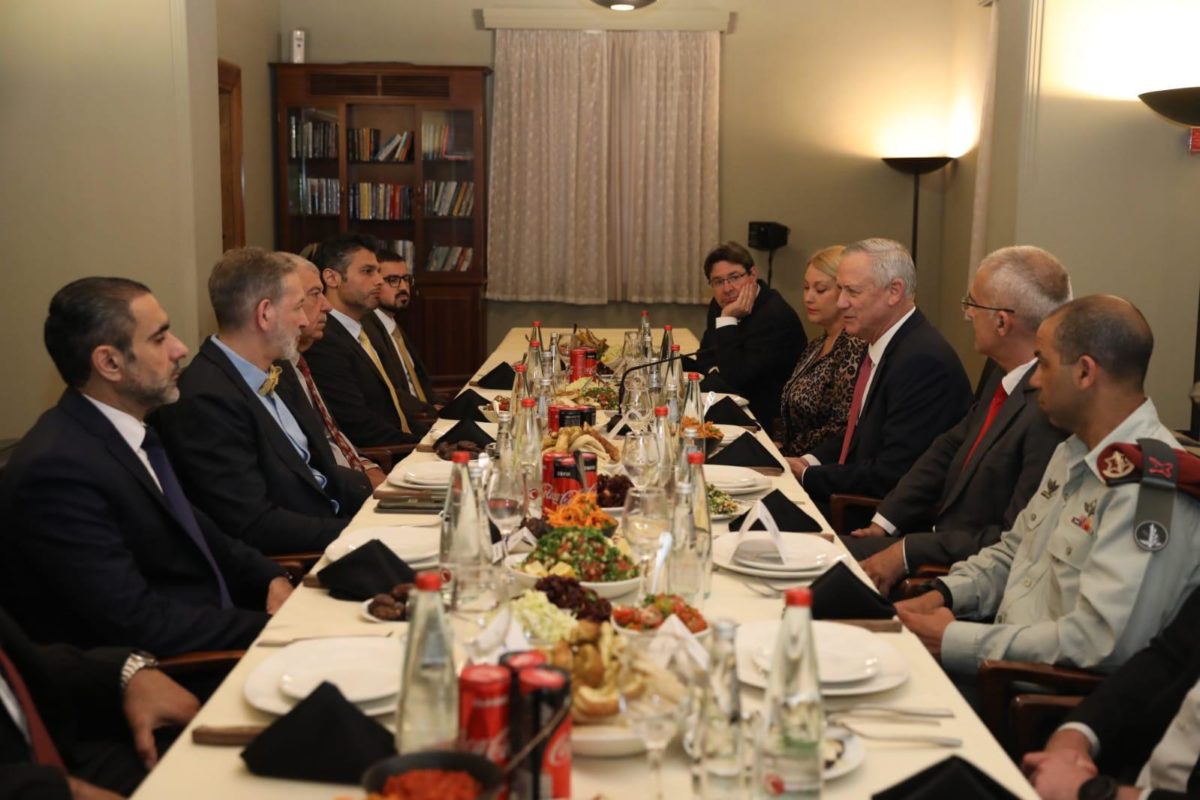 This article was first published in The Circuit.

Israeli Defense Minister Benny Gantz on Monday sought to soothe tensions over recent violence in Jerusalem by inviting Arab diplomats to break the daily Ramadan fast at his office compound in Tel Aviv.

Over a traditional Iftar dinner, Gantz asked envoys from the United Arab Emirates, Bahrain, Morocco and Egypt to relay to their leaders that Israel is “taking unprecedented steps to enable freedom of worship,” according to a Defense Ministry statement. He said “extremists” are to blame for restrictions that have triggered clashes between Palestinians and Israeli security forces on Jerusalem’s Temple Mount, a site held sacred by both Muslims and Jews that is known in Arabic as the Haram Sharif.

The conflict, which has flared for weeks and included Israeli-Palestinian confrontations in Gaza and the West Bank, has been condemned across the Arab world, including by the UAE, Bahrain and Morocco, all three of which normalized relations with Israel in 2020. A year ago, tensions over Jerusalem led to an 11-day conflict with Hamas in the Gaza Strip.

Egyptian President Abdel-Fatteh el-Sissi convened a summit in Cairo on Sunday  with Jordan’s King Abdullah II and UAE Crown Prince Mohammed bin Zayed Al Nahyan, in which the three leaders expressed their “readiness to exert all efforts to restore calm in Jerusalem, end all forms of escalation and remove obstacles impeding worshippers’ access.”

In his remarks to the Arab diplomats on Monday, Gantz hailed the Abraham Accords while warning about the nuclear threat from Iran.

“Israel values freedom of worship and we will do everything in our capacity to enable it, while an extremist group — the minority — aims to harm it,” Gantz said. “It is important for us that this message is brought to the leaders of your countries.”

Also at the table were Jonathan Shrier, deputy chief of mission at the U.S. Embassy in Jerusalem and two Israeli lawmakers — Ruth Wasserman Lande of Gantz’s Blue & White party and Likud’s Ofir Akunis, the co-leaders of a Knesset caucus set up to support the Abraham Accords. No Jordanian representative was listed in the Defense Ministry statement.