In Texas 35, Greg Casar outlines his approach on Israel and the Palestinians

The three-term Austin City Council member, a member of the Democratic Socialists for America, appears to be charting his own path on the Middle East 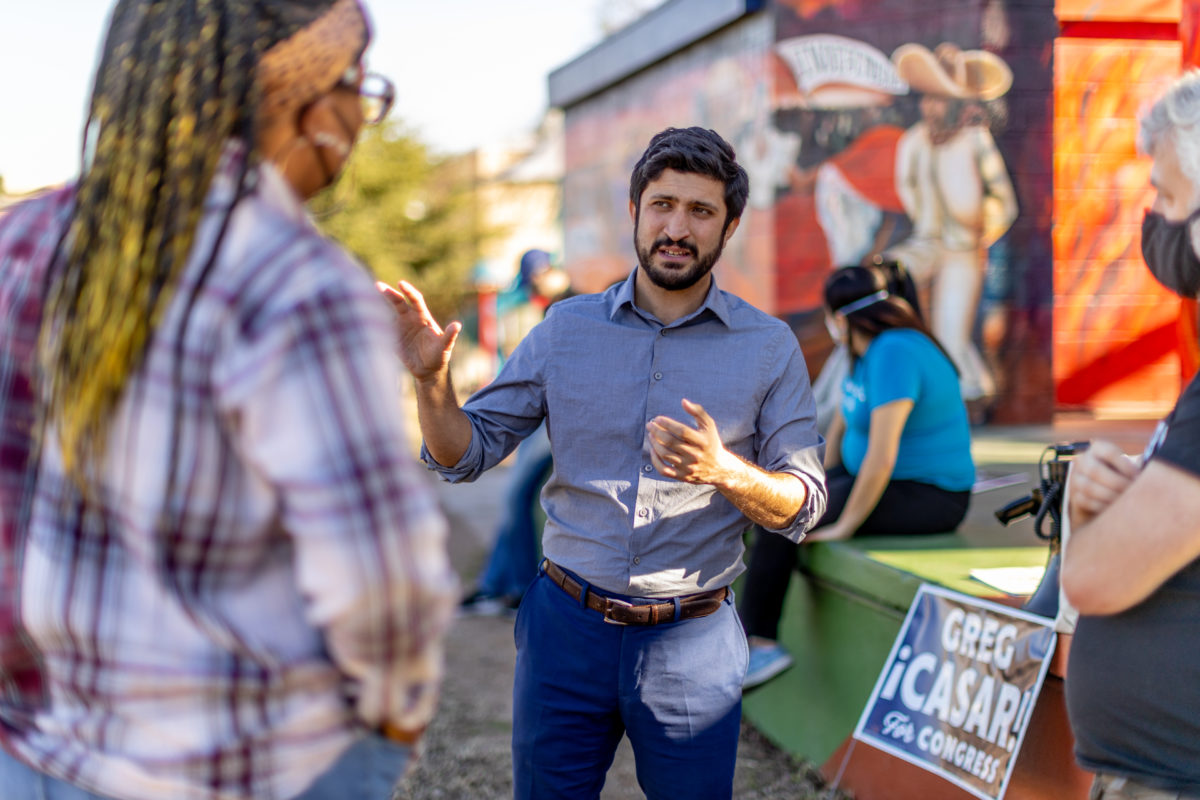 In the competitive March 1 primary for an Austin-area congressional seat, Austin City Councilmember Greg Casar has racked up an impressive slate of progressive endorsements.

National figures such as Sen. Elizabeth Warren (D-MA) and Rep. Alexandria Ocasio-Cortez (D-NY) have pledged their support for Casar, as has Justice Democrats, a progressive political action committee known for backing insurgent candidates. Casar, a member of the Democratic Socialists of America (DSA) who was first elected to the council in 2014, is running to the left of primary challenger Eddie Rodriguez, a Democratic state representative. Early voting for the race in Texas’s 35th Congressional District begins on Feb. 14.

But Casar, 32, appears to be charting his own path on Israel, according to a letter he wrote to a local rabbi that was obtained by Jewish Insider on Tuesday. In the letter, Casar pledged to support American military assistance to Israel, stated his opposition to the Boycott, Divestment and Sanctions (BDS) movement and expressed a desire to travel to Israel and the West Bank.

DSA opposes all U.S. military aid to Israel, supports BDS and asks candidates to commit to not visiting the Jewish state. The national DSA organization has not yet made an endorsement in the race, while DSA’s local Austin chapter is supporting Casar. A spokesperson for Casar declined to comment and he does not appear to have publicly commented on Israel or the Palestinians in the past.

Casar pledged to “support the continued federal aid for self defense of Israel,” including “the systems necessary for defense against rocket attacks that could harm civilians.” In September, Congress voted 420-9 to approve $1 billion in supplemental funding for Israel’s Iron Dome missile-defense system. Eight Democrats voted against the bill.

“I also believe in the right of the Palestinian people to live in peace, security, and democracy. These are fundamental rights,” Casar stated in the letter. “The clearest path” to “safety and sovereignty for all,” he wrote, “is a two state solution that will win the peace.”

“A human rights approach to foreign policy” is at the crux of Casar’s worldview, as stated in the letter. “The humanitarian crisis in Gaza and indefinite occupation in the West Bank are untenable for Israelis, Palestinians, and our collective consciousness.”


Citing his Catholic faith, Casar argued that discussions of “Palestinian suffering” require “deep acknowledgment of poverty and injustice. It requires a reckoning with the displacement of families and lives lost to war across the region.” He did not take a position on a demand voiced by many Palestinians to allow the descendants of people who fled present-day Israel before the 1948 partition to return.

In noting the “historical trauma of two peoples,” Casar wrote that the Israeli-Palestinian conflict is “hard to talk about.” But, he wrote, advocates and observers must be able to speak freely on the topic. “I support everyone’s right to freedom of speech,” said Casar.

“When one raises valid concerns around Palestinian rights, there is too often the threat that one could be unfairly charged with anti-Semitism,” wrote Casar. “And advocacy for the safety of Jewish people in Israel does not mean being callous to the plight of Palestinians.”

Freedman declined to discuss specifics of Casar’s Israel policy, deferring to the campaign.

In an interview with JI last week, prior to JI obtaining Casar’s letter, Freedman told JI that Casar “firmly, completely supports the existence of Israel as a Jewish state” and believes the councilman is “anxious to understand the situation better.” Freedman said the two had previously spoken at length about the Israeli-Palestinian conflict.

“One of the things I took great comfort in, that I found fairly remarkable, is that he wants to go to Israel and in a way that fully is able to explore the situation,” he said.

Freedman added that Casar’s “general approach” has to do “with the quality of life of everyone in the region.”

“He has concerns for the welfare of all those who live in that area,” Freedman explained.

Casar noted that he and Freedman spoke about the “threats of nuclear proliferation,” and he praised American efforts to reenter the 2015 Iran nuclear deal that President Donald Trump pulled out of in 2018.

“I support the continued efforts of the Biden Administration to reach a constructive and verifiable agreement with the Iranian government to ensure that Iran cannot ever acquire a nuclear weapon,” wrote Casar. “It’s also important for such an agreement to address the Iranian government’s dangerous expansionist policies and its support for violent and extremist groups.”

Casar’s letter to Freedman — dated Jan. 9, prior to the hostage crisis at a Colleyville, Texas, synagogue on Jan. 15 — referred to a longstanding relationship with the rabbi and joint efforts to combat hate and antisemitism.

“At home, I will remain a persistent voice against bigotry and anti-Semitism,” wrote Casar, adding that should he be elected to Congress, “I pledge to take these values and put them into action in federal policy.”

Freedman described Casar as a longtime friend of the Jewish community, particularly amid a recent series of antisemitic incidents in the Austin area, including participating in a rally organized by the Anti-Defamation League and local Jewish federation.

“He’s been front and center and expressing his concerns and support for the Jewish community,” Freedman said.

Casar also attended a service at a different Austin-area synagogue following the Colleyville attack, staying to discuss Israel and other Jewish issues with congregants following the service.

No independent polling has been conducted for this race, but two polls conducted by Casar’s campaign show him leading Rodriguez by more than 20 points. Rodriguez said his campaign’s polls show a much closer race, but the campaign declined to make their findings public.

The newly redrawn 35th Congressional District runs from the heavily Latino East Austin to San Antonio. It was previously represented by longtime Rep. Lloyd Doggett (D-TX), who is now running in the 37th District.

In his letter to Freedman, Casar described their relationship as a “partnership,” and said the pair have together “advocated for economic and racial justice.” Casar, whose parents are Mexican immigrants, wrote, “Jewish leaders are among the first to answer calls for change and justice for communities of color, for immigrant families, and for the disadvantaged.”

In that “spirit of solidarity,” Casar said he wrote the letter to reflect “my continued learning and dialogue on issues specific to Jewish safety at home and across the world.”