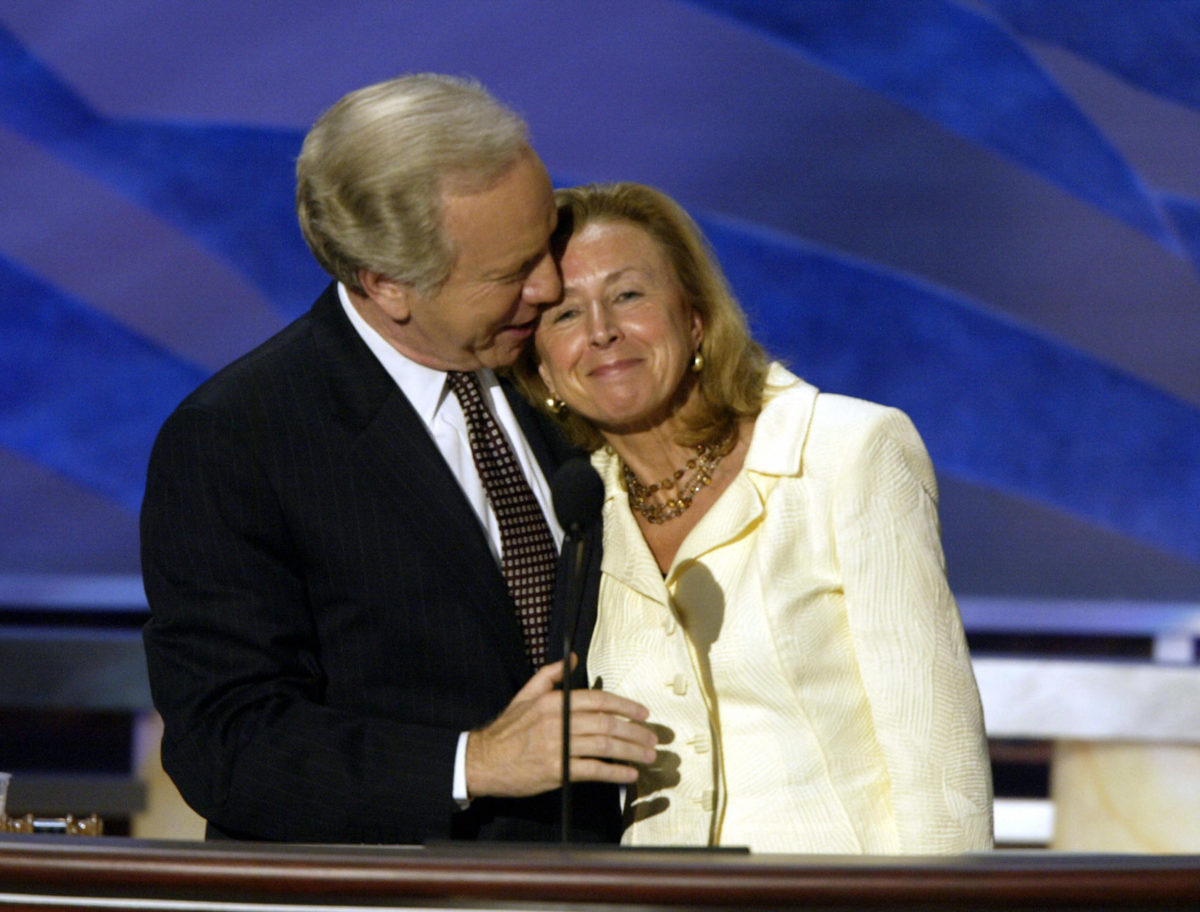 For more than 30 years, Hadassah Lieberman had a front-row seat to American politics in Washington, D.C. Born in Prague and raised in Massachusetts, Lieberman became a household name during the 2000 presidential election as a campaign surrogate for her husband, the Democratic vice presidential nominee Joe Lieberman — a longtime Connecticut senator and groundbreaking observant Jewish national politician. In an interview with Jewish Insider’s “Limited Liability Podcast” co-hosts Richard Goldberg and Jarrod Bernstein, Lieberman, who released her memoir, Hadassah: An American Story, earlier this year, discussed the experience of her American Dream narrative and bringing Judaism to the capital.

American story: “They came as immigrants. They came with no language.” Lieberman said of her parents, a rabbi and a Holocaust survivor. “My mother knew a few words of English here and there. And my father was a rabbi and he used to have to practice his speaking and vocabulary on the tape recorder at night.” In her book, Lieberman describes waking up as a child to her mother, who had survived Auschwitz and Dachau, screaming in the night. “When I heard the cries at night, I was younger. I can’t point to a date. It took me a while to understand that she had these nightmares. So I was a little different from your average 4 year-old, 6-year-old,” Lieberman told Goldberg and Bernstein. “She was a lively personality — able to really command looks on the street to people passing by — and it wasn’t so easy for her to be happy in the house all the time.”

Seeing history: In 1994, Lieberman and her husband were chosen by the White House to represent the United States at the 50th anniversary of the liberation of Auschwitz. “That was the most incredible trip and I repeated much of it in the book,” Lieberman recalled. “Some of it was in the Congressional Record, and that was an amazing moment for me… That invitation from the White House — which was President Clinton’s White House at that point in time — inviting me on the Auschwitz commemorative trip with Elie Wiesel and several others was amazing. I remember my mother had spoken about being in Auschwitz and how the gendarme were whipping prisoners and her sister. I remember she talked about being whipped and the toilet facilities, the bunks, everything that was horrendous and all very real. But to walk through Auschwitz and see it before my very eyes was overwhelming to me, because it was very real.”

Speaking up: Toward the end of her book, Lieberman revealed she had undergone chemotherapy for breast cancer while her husband was in the Senate. “I didn’t want to talk about it, but as I went on… I had to because I felt there are many women out there who need me to speak.” Lieberman said. “My husband was the person who took me for my chemotherapy, and I did it at 7 a.m. So he could even come during the Senate’s crazy hours…. I was most fortunate. And it’s important to have a friend, or a spouse or a child, be next to you at that time to support you… And I was lucky. I was in Stage One and met many people in different stages. And what I can say about it is thank god, there’s more and more care being attached to treating people.”

Lightning round: Favorite Jewish recipe? Honey cake. The senator — other than her husband — she respected the most? “John McCain….he was a very wonderful, strong, strong man, and I appreciated that. I also have to share that when we went to his ranch in Arizona he even bought a new broiler and bought all this kosher food so we didn’t have anything in the other broiler. And that was so caring and wonderful and nice. He really respected Joe and Joe respected him.” Favorite Yiddish word? Gevalt and genug.