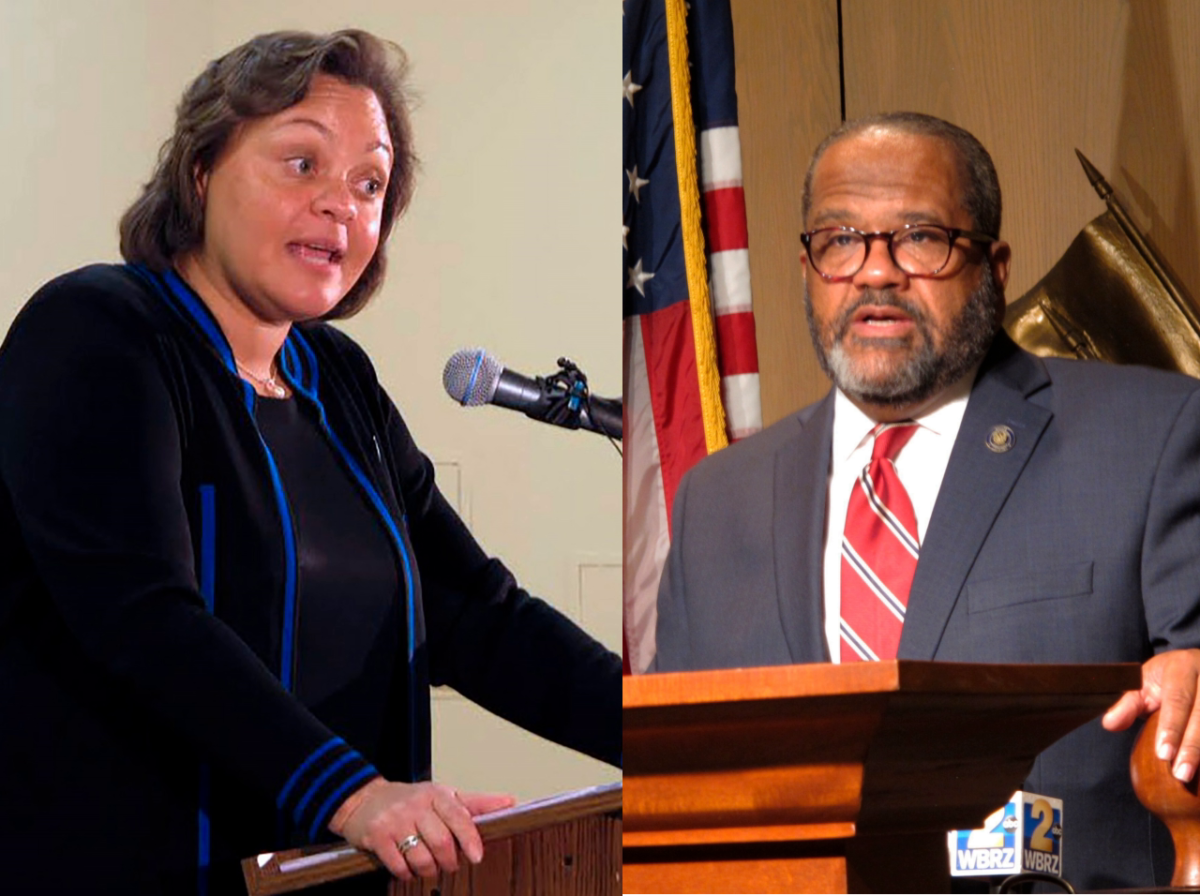 Two longtime Louisiana Democrats — State Sens. Troy Carter and Karen Carter Peterson — will face off this Saturday in a special election runoff to fill the congressional seat for Louisiana’s deep blue second district. The seat, which encompasses most of New Orleans and part of Baton Rouge, was previously held by former Rep. Cedric Richmond (D-LA), who left Congress to lead the White House Office of Public Engagement.

The two Democrats have staked out positions reflecting what’s become a familiar battle in the Democratic Party: Carter fills the mainstream/establishment lane and Carter Peterson has claimed the progressive lane. And as Carter pulled ahead in the race, progressive groups threw their support behind Carter Peterson.

In the all-candidate election on March 20, Carter led by more than 10 points, with 36.4% of the vote to Carter Peterson’s 22.9%. The third-place candidate, progressive activist Gary Chambers, who came in at 21.3% of the vote, has endorsed Carter Peterson, likely helping her narrow the gap with Carter.

The race has been shaped in part by the endorsements and outside support each candidate has received. Carter Peterson has been endorsed by former Georgia gubernatorial candidate Stacey Abrams, EMILY’s List, the Congressional Progressive Caucus, Peace Action and several other outside groups. Late-breaking endorsements have also arrived in the past week from Sen. Elizabeth Warren (D-MA) and Rep. Alexandria Ocasio-Cortez (D-NY). EMILY’s List and the League of Conservation Voters have poured money into boosting Carter Peterson — EMILY’s List had spent $600,000 as of March and the LCV spent $400,000.

“This is a classic race of D.C. versus the locals,” Dane Strother, a Democratic political strategist who has worked closely with officials in Louisiana, told Jewish Insider, referring to the apparent dichotomy between the high spending from outside groups on Carter Peterson’s behalf and Carter’s endorsements from local officials.

Some similar dynamics are playing out in the special election in Ohio’s 11th district, where progressive donors are boosting State Sen. Nina Turner.

Since the initial election, Carter Peterson has significantly accelerated her fundraising — at the time of the election, she had raised $450,000 to Carter’s $924,000. She now heads into Saturday’s election having raised $830,000 to Carter’s $1.1 million.

Ahead of Saturday’s election, experts generally agree that it’s anyone’s race and, without any public polling, it’s difficult to pinpoint a clear frontrunner. “My guess is it’s dead even,” said Strother.

The fact that neither candidate has released any internal polling indicates that both campaigns believe the race is neck-and-neck, added Brian Brox, a professor of political science at Tulane University in New Orleans.

Neither Carter nor Carter Peterson agreed to numerous interview requests from JI.

The election, local observers said, is likely to come down to the most committed activists and which candidate has best been able to mobilize them. Strother predicted that turnout will be 10% or less of eligible voters.

“This is a special election when you’ve just come off of having several elections. There is a bit of voter fatigue,” Robert Hogan, a professor of political science at Louisiana State University, told JI.

Even the weather this weekend in the New Orleans area — rain is forecast for Saturday — could affect the ultimate result, given the already-low expected turnout.

“If we have a bad weather day on Saturday, then… I would be worried about some rather low turnout,” Brox said. “The winner will be determined by who is best able to mobilize those absolute core supporters who will go out in bad weather and vote regardless.”

Despite the energy that progressive groups have dedicated to this race, local observers have raised questions about their ultimate impact.

“I see this as primarily a fight among factions within, or at least the results of voting will be a fight amongst factions within the New Orleans area,” Brox said. “It’s an intra-Democratic Party fight, but it’s a local Democratic Party fight. So I think that to the extent that a national group is getting involved, it’s only because they would have people in town that appreciate the help or are kind of on the same page, but I’m not sure that any of these voters are looking to either the Biden administration or to other progressive groups to take their cue; I think that this is very much inward-looking.”

Experts also say that, despite Carter Peterson’s efforts to frame herself as more progressive than her opponent, the two are not, in practice, very far apart on policy issues, and would likely vote similarly in Congress.

Recent debates have reflected the broad agreement between the two candidates on a range of issues, at times turning acrimonious as the two have sought to draw distinctions between themselves. Carter Peterson has attempted to tie Carter to former President Donald Trump, who is widely unpopular in the solidly blue district, and Carter has accused Carter Peterson of opportunistic faux-progressivism.

Both candidates, however, have also been in local politics since the mid-1990s, meaning they are well-known and well-established in the district, regardless of broader national political trends and the mutual attacks.

“They’re just both so well-known that the ability to change the narrative on one or the other is going to be somewhat limited,” said Robert Mann, a former Louisiana politics reporter who is now a professor at Louisiana State University.

The lopsided national spending in support of Carter Peterson also makes the outcome of the race an imperfect predictor of trends in the Democratic Party in the Biden era, suggested Strother.

“I don’t know that this is a proxy fight. There’s been no real expenditure from the moderates in support of Troy Carter… I think you’d have to have money on both sides to determine if this is a predictor for the future,” he explained. “And you don’t. You only have money on one side.”

Even so, for Louisiana’s 2nd district, the race is likely to carry significant consequences.

“The person who’s going to win is going to be an incumbent in a safe district for a long time, unless they get caught up in a scandal or decide to run for something else,” said Brox. “So the stakes are pretty high.”