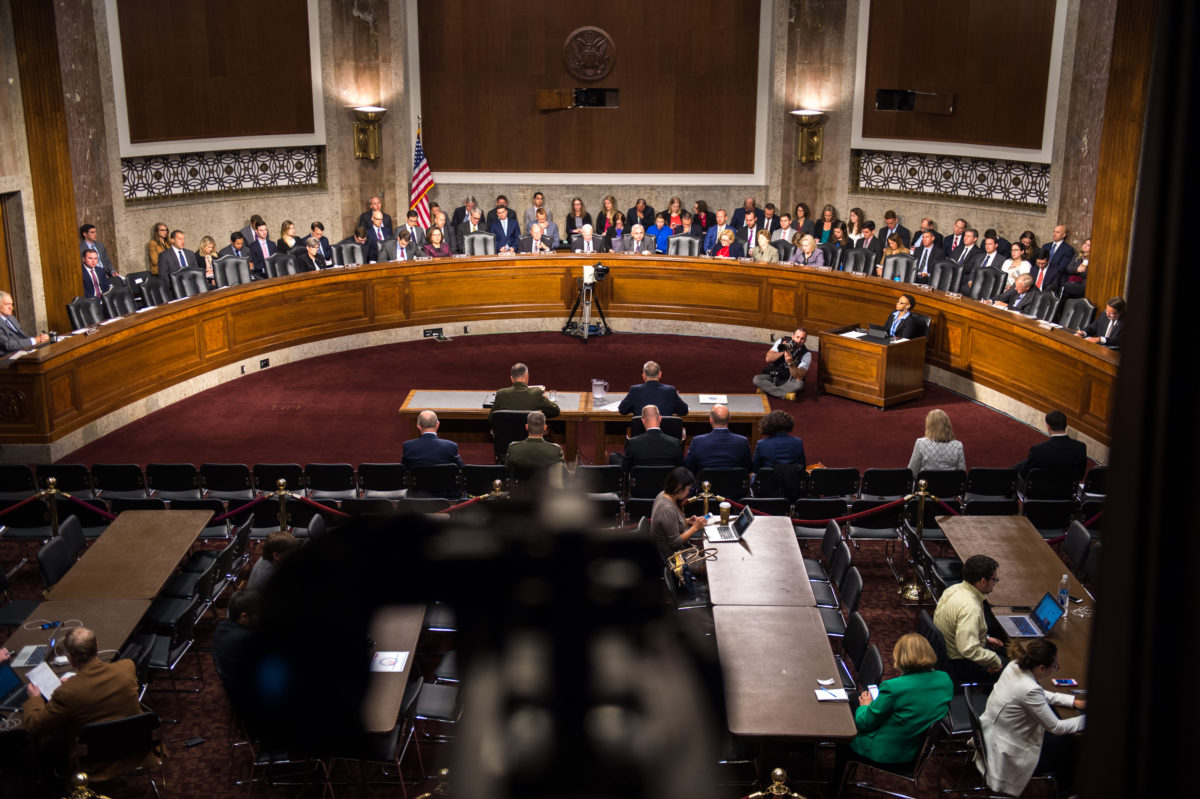 With Democrats officially retaking control of the Senate Wednesday afternoon, they will now take leadership of the Senate’s committees, powerful positions that grant significant control over Senate activity. Here’s a guide to who is now set to lead each committee:

Agriculture: Sen. Debbie Stabenow (D-MI) reclaims the Agriculture gavel, which she previously held from 2011 to 2015.

Armed Services: Sen. Jack Reed (D-RI), a former Army Ranger, will chair the committee overseeing the military. He backed the JCPOA nuclear deal with Iran in 2015.

Banking, Housing and Urban Affairs: Sen. Sherrod Brown (D-OH) will likely become an even bigger thorn in the side of banking executives with the committee gavel.

Budget: Sen. Bernie Sanders (I-VT) will give the progressive wing of the Democratic Party a powerful voice from the top seat on the Budget committee.

Energy and Natural Resources: Sen. Joe Manchin (D-WV) may find himself at odds with other Democrats over his defense of the fossil fuel industry.

Environment and Public Works: Longtime Sen. Tom Carper (D-DE) has been vocal on environmental and sustainability issues while in the Senate.

Ethics: Sen. Chris Coons (D-DE) may face the prospect of investigating fellow legislators over their alleged involvement in the January 6 riot on Capitol Hill.

Health, Education, Labor and Pensions: Sen. Patty Murray (D-WA) will be an important voice as the U.S. continues its effort to fight the COVID-19 pandemic.

Small Business and Entrepreneurship: Sen. Ben Cardin (D-MD) will play a part in efforts to help businesses recover from the COVID-19 pandemic.

Special Committee on Aging: Sen. Bob Casey (D-PA) will lead a committee that studies issues like Medicare and social security, but has no ability to generate legislation.

With Democrats maintaining control of the House, committee leadership will largely carry over from the 116th Congress, with a few exceptions for chairs who retired or lost reelection:

Appropriations: Rep. Rosa DeLauro (D-CT) will replace former Rep. Nita Lowey (D-NY) at the head of the powerful committee, after winning a three-person competition for the slot.

Agriculture: Rep. David Scott (D-GA) will be the first Black chair of the committee, which also oversees food stamp programs.

Other Democrats will be continuing in influential leadership posts:

Armed Services: Rep. Adam Smith (D-WA) has been a supporter of the JCPOA nuclear deal with Iran since 2015.

Judiciary: Rep. Jerry Nadler’s (D-NY) Judiciary Committee will likely continue to be a thorn in former President Donald Trump’s side.

Bonus: Norm Eisen, the former special counsel for the House Judiciary Committee in Trump’s first impeachment trial, spoke to Jewish Insider about some of the most significant shake ups in the Senate.

Moment to shine: Sanders’s slot at the top of the Budget Committee will give him a perch from which to advance his progressive policy priorities — and could help satisfy members of the left-leaning portion of the Democratic coalition who have felt excluded from major cabinet positions within Biden’s administration, Eisen said. However, some of Sanders’s progressive policy ideas may be dashed by the 50-50 breakdown of the current Senate. “Sen. Sanders is going to have to capture the support of a broad array of Democrats, not all of whom share his policy agenda. And he’s going to need to find ways to work with Republicans as well,” Eisen added. “So, it will have an effect on the discourse, perhaps not as much of an effect on the legislation. We shall see.”

Clearing gridlock: On Foreign Relations, Menendez will look to expand the committee’s activity and influence, as well as push past the partisan fighting and gridlock that plagued the committee during the previous term. How much success Menendez will have may depend on the outcome of power-sharing negotiations between Schumer and McConnell, Eisen said. “In the impeachment trial, I sat immediately in front of Senator Menendez and so we would talk a lot on breaks. And I have to say I was very impressed with his intellect and his good humor, and his strong leadership,” Eisen added. “I think he has the capacity to break through some of the deadlock that has at times afflicted the Senate Foreign Relations Committee.”

Presiding: In addition to his role on the Appropriations Committee, Leahy is likely to take a starring role presiding over Trump’s upcoming second impeachment trial, Eisen said. Since Trump is out of office, Supreme Court Chief Justice John Roberts is unlikely to preside, and Vice President Kamala Harris may avoid the trial to avert further perceptions of partisanship.