Israeli politicians scramble to get into fighting shape 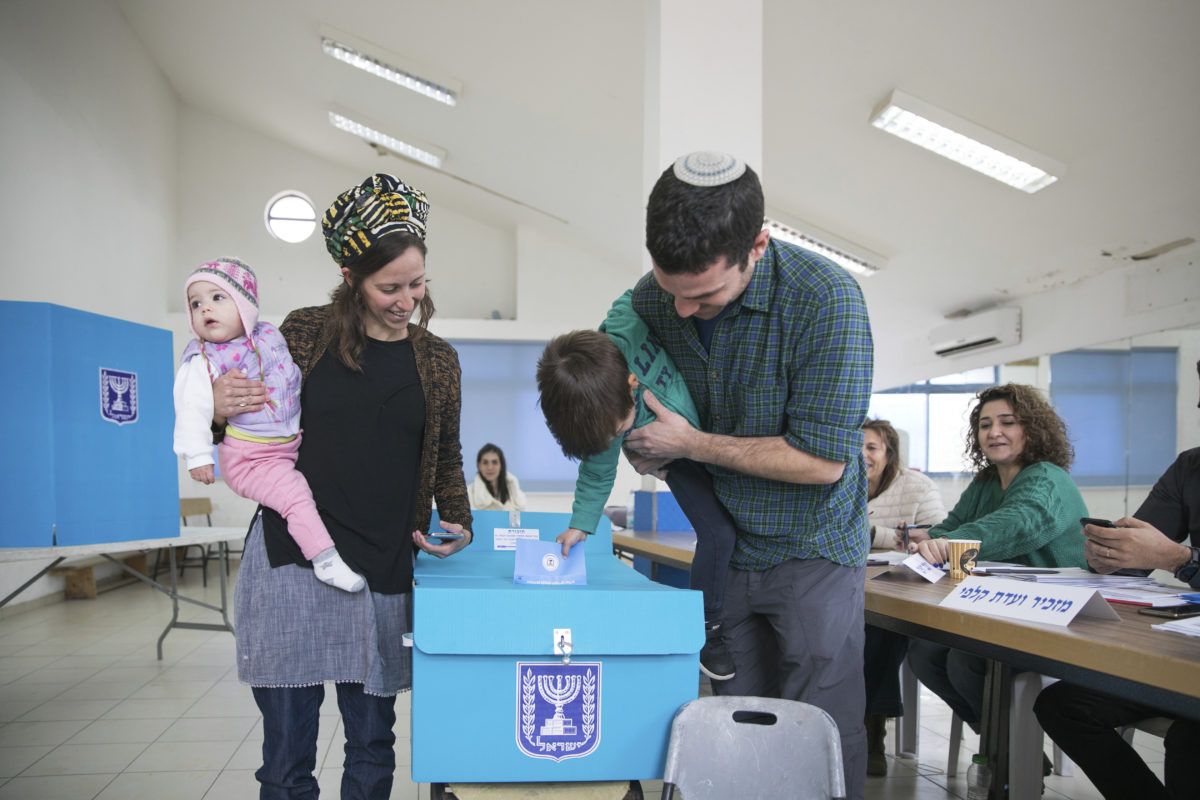 An Israeli family cast their votes at a polling station in the West Bank settlement of Nokdim in Israel's national election in March 2020.

With just a few weeks until the filing deadline to run in Israel’s national election on March 23, many parties began to fill out their electoral slates with both familiar and fresh faces.

Going it alone: Former Defense Minister Moshe “Bogie” Ya’alon broke off from Yesh Atid on Sunday evening, announcing that his Telem Party would run independently for the first time. “The reign of Netanyahu is over,” he declared. Those joining him include former Blue and White Science Minister Izhar Shay, Hagai Levine, the former head of the Israeli doctors union, and anti-Netanyahu protest leader Gonen Ben-Yitzhak. Ya’alon also introduced and then quickly rescinded the candidacy of attorney Ayman Aburiya, after it emerged that he was facing a bribery indictment. Army Radio’s political correspondent Michael Hauser-Tov called Ya’alon’s lineup an “ideological salad… puzzling even today when ideology seems to barely have any effect on the ballot box.”

Right side: Bayit Yehudi leader Rafi Peretz announced last week that he was quitting politics and would not run again in the national election. His resignation is expected to pave the way for the party to rejoin with Yamina, led by Naftali Bennett. At the same time, both parties are in talks with the National Union faction led by Bezalel Smotrich. Times of Israel reporter Tal Schneider predicted the three right-wing parties would join up ahead of the election: “We might as well just fast forward instead of suffering through all of their spin for the next month.”

On the left: Unveiling new members of his party slate last week, Tel Aviv Mayor Ron Huldai promised a gender-balanced list for his The Israelis Party. To that end, he introduced Prof. Karine Nahon, educator Karen Tal, Tel Aviv Municipality official Adi Tzabari and former Blue and White MK Einav Kabla. But Huldai is facing growing criticism over his decision to remain mayor of Tel Aviv until after he is sworn into the Knesset — and for using his municipal office for election activities.

COVID caucusing: The new restrictive COVID-19 lockdown that came into effect last week includes a provision that didn’t exist in the past two lockdowns: travel exceptions for those running in, working on or voting in political primaries. But the Labor Party is expected to be the only faction to hold a primary vote ahead of the March 23 national election. The leadership primary in Labor is slated for January 24, while the vote on its electoral list is scheduled for February 1 — pending an appeal to the Supreme Court. So far, Labor MK Merav Michaeli and Gil Beilin, the son of former Labor Minister Yossi Beilin, have tossed their rings in the hat for the leadership position.

Court action: Meanwhile, the Israeli Supreme Court delayed the next hearing in Netanyahu’s ongoing corruption trial due to the current lockdown. And Israel’s attorney general has decided to move ahead in indicting Shas leader and Interior Minister Aryeh Deri — who previously served a three-year prison term after a 1999 bribery conviction — on charges of tax fraud, while dropping a range of other charges recommended by the police.