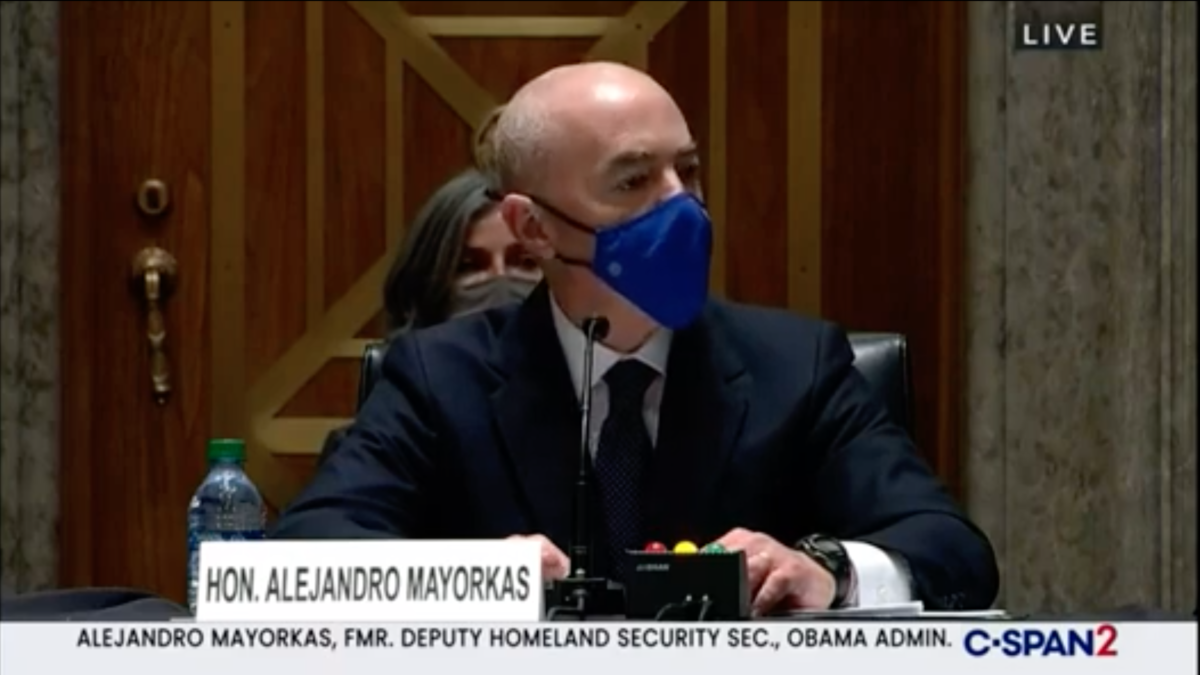 “I am profoundly aware of the threat and existence of antisemitism in our country and the world,” Mayorkas said in response to a question from Sen. Jacky Rosen (D-NV) about his approach to antisemitism. “My mother lost her paternal grandparents and seven uncles by reason of their Jewish faith in the Holocaust. My mother fled her home with her parents because of the Holocaust. I have dedicated a considerable amount of my personal and professional energy to battling antisemitism and discrimination of all forms.”

The secretary-designate highlighted his work with the Jewish community — including the Anti-Defamation League and the Jewish Federations of North America’s Secure Community Network, on whose advisory board Mayorkas served — to better protect Jewish institutions. He also cited his efforts as deputy secretary of homeland security under President Barack Obama to expand the Nonprofit Security Grant Program (NSGP), which he said he’d work to further broaden if confirmed.

Mayorkas did not directly address Rosen’s question about how he would approach the spread of antisemitism on online platforms nor offer specifics on tackling antisemitism other than expanding the NSGP.

After the hearing, the Nevada senator praised Mayorkas and said she’s looking forward to working with him.

“Mr. Mayorkas has shown — through his extensive professional actions, personal history, and in his testimony before the committee today — that he is deeply committed to combating rising anti-Semitism, including by keeping Jewish institutions safe and secure through the Nonprofit Security Grant Program,” Rosen told JI.

Earlier in the hearing, Mayorkas discussed domestic extremism more broadly, describing it as “one of the greatest challenges that the Department of Homeland Security confronts” and calling the Department’s Office of Intelligence and Analysis a critical organ for gathering intelligence about domestic threats and distributing it to local and federal agencies nationwide.

“I look forward to playing a critical role in empowering the Office of Intelligence and Analysis in an apolitical, nonpartisan way to do its important job and tackle the threat that domestic extremism is today,” the former U.S. attorney said.

Mayorkas also faced a barrage of questions from Republican senators about a 2015 DHS inspector general report that concluded he had “exerted improper influence in the normal processing and adjudication” of visas for wealthy foreign investors. Mayorkas did not receive any GOP support at his 2013 confirmation hearing.

An individual familiar with the process told JI that there were discussions about potentially skipping a committee vote by unanimous consent and moving Mayorkas’ nomination directly to the Senate floor, but Sen. Josh Hawley (R-MO) announced Tuesday afternoon that he would block such a move, citing disputes over border security and immigration.

“That puts the country’s security at risk, especially in a moment when domestic terrorists are plotting another attack against this nation,” Murphy said. “Senator Hawley and his crowd have been pretty clear that they want to put their political interests ahead of the security interests of the country. Now, that obviously is not changing. Nobody should be surprised at what he’s doing.”