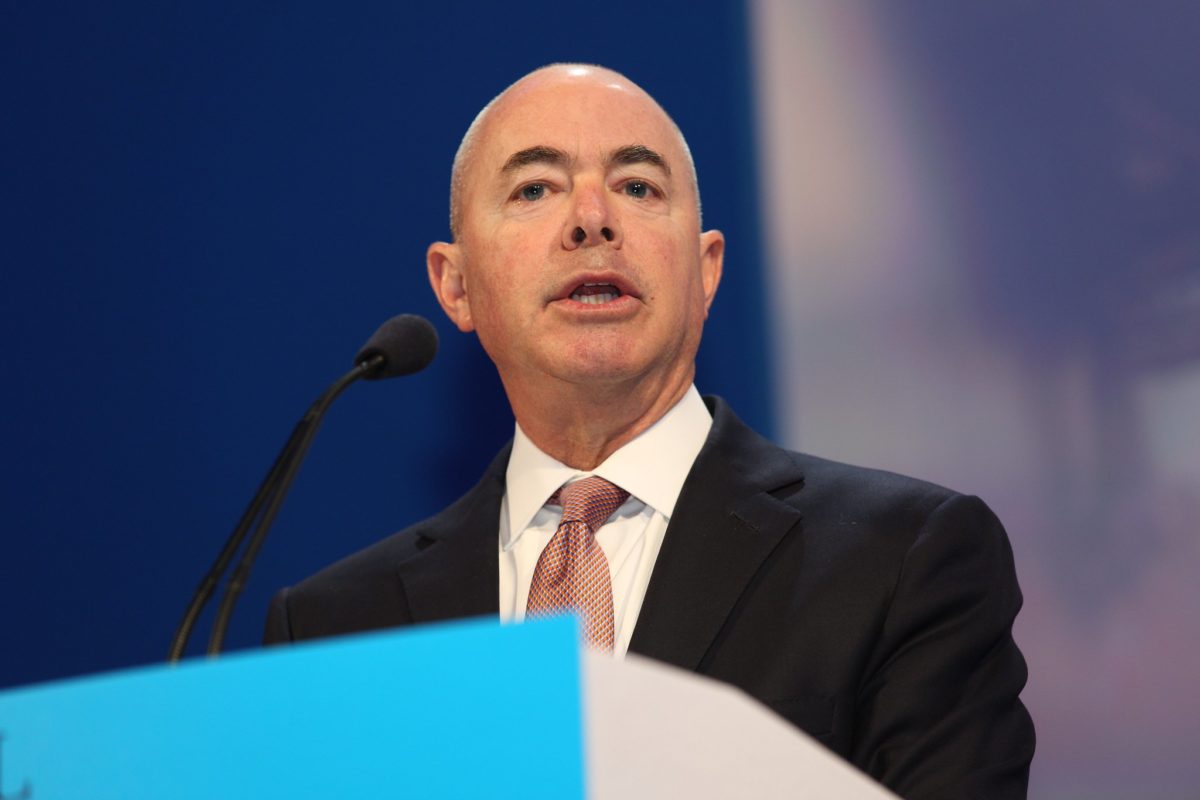 In the days following President-elect Joe Biden’s election victory, speculation has swirled around potential administration appointments, including a number of alumni from the Obama administration.

High on the list of possible future cabinet members is Alejandro “Ali” Nicholas Mayorkas, an attorney of Cuban-Romanian descent and a former Obama administration official. Mayorkas, 60, is a leading candidate to head the Department of Homeland Security, according to recent media reports.

Born in Havana, Cuba, to Jewish parents, Mayorkas would be the first foreign-born person to run the country’s top public security agency since the department was created in 2002.

His father was a Cuban native with a Sephardic background, and his mother, a Romanian Jew, fled with her family to Cuba amid Nazi persecution in the early 1940s. The Mayorkas family immigrated to the U.S. in 1960, following the Cuban Revolution spearheaded by Fidel Castro, and settled in Beverly Hills, California.

For most of the 1990s, Mayorkas served as a federal prosecutor focused on white collar crime in the Central District of California before being appointed by former President Bill Clinton to head the U.S. Attorney’s office in Los Angeles in 1998. In the U.S. Attorney’s office, Mayorkas created the Civil Rights Section to prosecute hate crimes and other acts of intolerance and discrimination.

During the Obama administration, Mayorkas served as director of U.S. Citizenship and Immigration Services before being promoted to the position of DHS deputy secretary. As the Obama administration’s highest-ranking Cuban-American official, Mayorkas played a leading role in the thawing of relations between the U.S. and Cuba during Obama’s second term. He stepped down in 2016 to join Wilmer Cutler Pickering Hale & Dorr, a Washington-based law firm.

While at DHS, Mayorkas worked closely with the Jewish community, supporting programs to combat antisemitism and grants for the nonprofit security grant program, as well as implementing counterterrorism measures to protect houses of worship and Jewish institutions. Nathan Diament, the Orthodox Union’s executive director for public policy, told Jewish Insider that Mayorkas “was a very good partner in the leadership of DHS.”

Speaking at the OU’s annual leadership mission to Washington in 2016, Mayorkas opened up about his Jewish background. “I come from a tradition of a lack of security,” he said in his remarks. “It instilled in me as a very young person [that there] was a sense of concern by virtue of my identity as a Jew. My mother, she tried to teach us not to speak of our Judaism outside of our Jewish community — that was born of her tragic experience. My father was actually of a different school. He was a member of a very small Sephardic community in Cuba, and he used to talk about it all the time because no one in Cuba believed he was actually Jewish because there were only about eight of them.”

William Daroff, CEO of the Conference of Presidents of Major American Jewish Organizations and former vice president for public policy at the Jewish Federations of North America, said Mayorkas “often was the first call when there was an issue where we needed to get an urgent issue to the top of the federal government, and he often would be the first person to call to alert us when there were homeland security issues of importance to the Jewish community.”

Mayorkas first visited Israel — where he has relatives — in 1977, and has returned frequently for work. In a 2016 interview with The Jerusalem Post, Mayorkas shared his love for Israeli food and the atmosphere at Jerusalem’s iconic Mahane Yehuda market.

Mayorkas is one of four Democrats floated as candidates to head DHS. California Attorney General Xavier Becerra has been mentioned for a number of key roles both in Washington and his home state, including DHS secretary, U.S. attorney general and a potential pick to serve out the remaining two years of Vice President-elect Kamala Harris’s Senate term. Another candidate, Vanita Gupta, was tapped as a member of the president-elect’s taskforce on COVID-19.

If nominated, Mayorkas could face a confirmation challenge if Republicans maintain control of the Senate. Mayorkas — who headed the implementation of Obama administration’s Deferred Action for Childhood Arrivals (DACA) program — faced unanimous Republican opposition in his 2013 confirmation.

Diament told JI that Mayorkas’s track record “combined with the fact that Biden himself has spoken about combating antisemitism and how Charlottesville was a motivation for his run, we would expect Mayorkas to be an important and impactful partner.”