Rivlin: Mideast peace cannot be achieved by ‘making a deal’

The Israeli president said he has privately shared with successive U.S. administrations his suggested strategy toward approaching peace talks 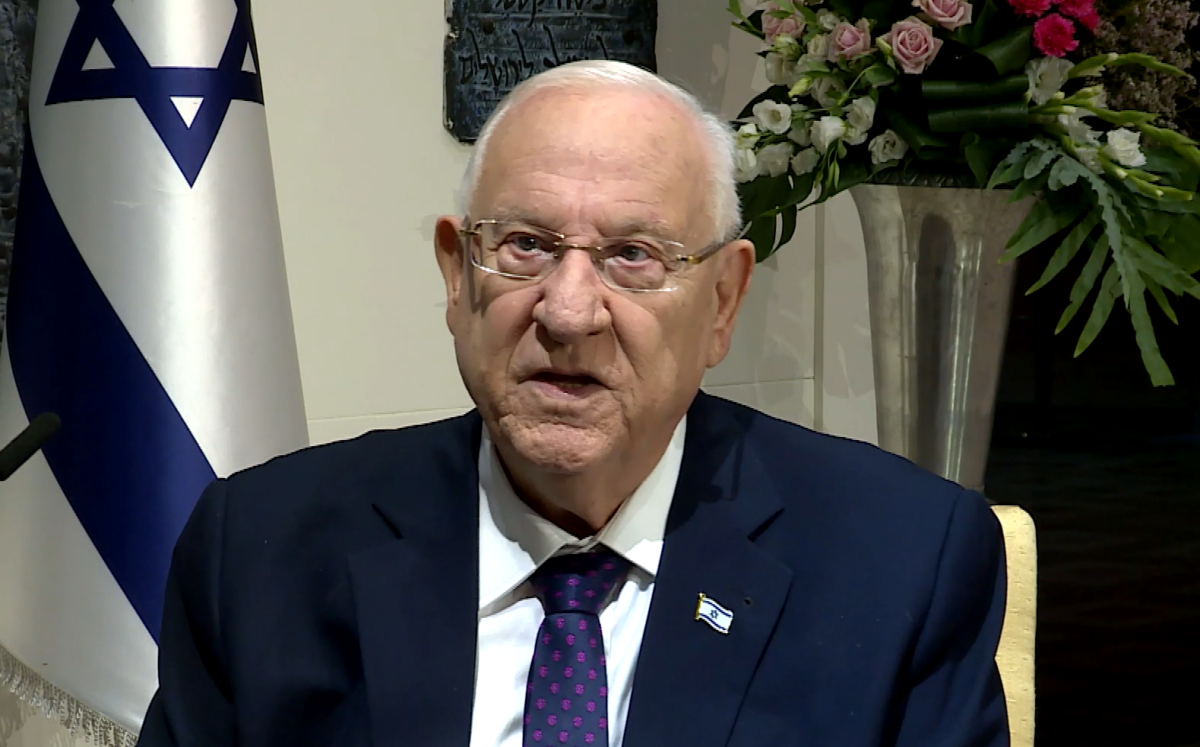 Israeli President Reuven Rivlin shared his views on why successive U.S. administrations have failed to advance peace between Israel and the Palestinian Authority, during a one-on-one conversation in front of an American audience on Thursday.

“Without confidence, we cannot get to any kind of agreements and understanding, to bring to an end the tragedy that we are living in and sign a real peace,” Rivlin said in a virtual conversation with Rob Satloff, executive director of The Washington Institute for Near East Policy, after receiving the prestigious Scholar-Statesman Award at the think thank’s annual gala. “We can talk about ‘two states for two people,’ ‘one state for all the people,’ federation, confederation — but first of all we have to build confidence.”

Rivlin said he had privately shared with both former President Barack Obama and President Donald Trump his plans to promote confidence-building measures and establish mutual trust before presenting a public framework.

Rivlin noted that he had shared similar sentiments with former Presidents Bill Clinton and George W. Bush during his time as a member of the Knesset and later as the body’s speaker.

On his meetings with Obama — who detailed his push for peace in his new memoir released this week — Rivlin said that while the two “did not agree about everything, we agreed that we need to find a way in order to build confidence” with the Palestinians.

Rivlin said he also “tried to convince” Trump — before the president released his Mideast peace plan, initially boosted as the “Deal of the Century,” earlier this year — that “building confidence, you cannot get it by making a deal. You have to have confidence with somebody.” Rivlin said that Trump “understood” his concern and “wanted to learn more.” Currently, Rivlin said, there is “no one who understands it in the region.”

The Abraham Accords facilitated by the Trump administration, Rivlin suggested, are a positive first step in that direction.

“I really believe that when the [Arab Israelis] will go to Abu Dhabi, they will be asked, ‘Where are you from?’ They will say, ‘From Israel.’ ‘You are Arab?’ [the Emirati will ask with amusement.] They will say, ‘Yes we are. But we are Israelis.’ Then I know that we have found the solution, the right way to create real confidence between everyone in the region,” Rivlin explained in detail. “And because of that, the Abraham Accords, I really believe, could be a real first step of finding the way of cooperation between Jews and Arabs in the region.” Rivlin expressed hope that this will convince both the Israelis and the Palestinians about the benefits of peace.

Rivlin also weighed in on the outcome of the U.S. presidential election, expressing his congratulations to President-elect Joe Biden, with whom he spoke by phone earlier this week, while noting the deep appreciation Israelis have for Trump.

“We are not Republicans and we are not Democrats. We know we have a friend in the American people — [and it’s] bipartisan,” Rivlin stressed. “We know that the friendship between the Americans and the Israelis goes beyond politics. Everyone who was elected to become the president, we would like him to hear us, because we know that first of all he not only respects us because of our values, and our way of thinking, and our behavior, but also because we know we have a real strategic partnership in many fields.”

At his residence in Jerusalem, Rivlin was presented with the medal by The Washington Institute’s Israel-based representatives, Robin Neustein, who sits on the think tank’s board of trustees, and former IDF Chief of Staff Gadi Eisenkot.