Robert Putnam looks to history for optimism in today’s society 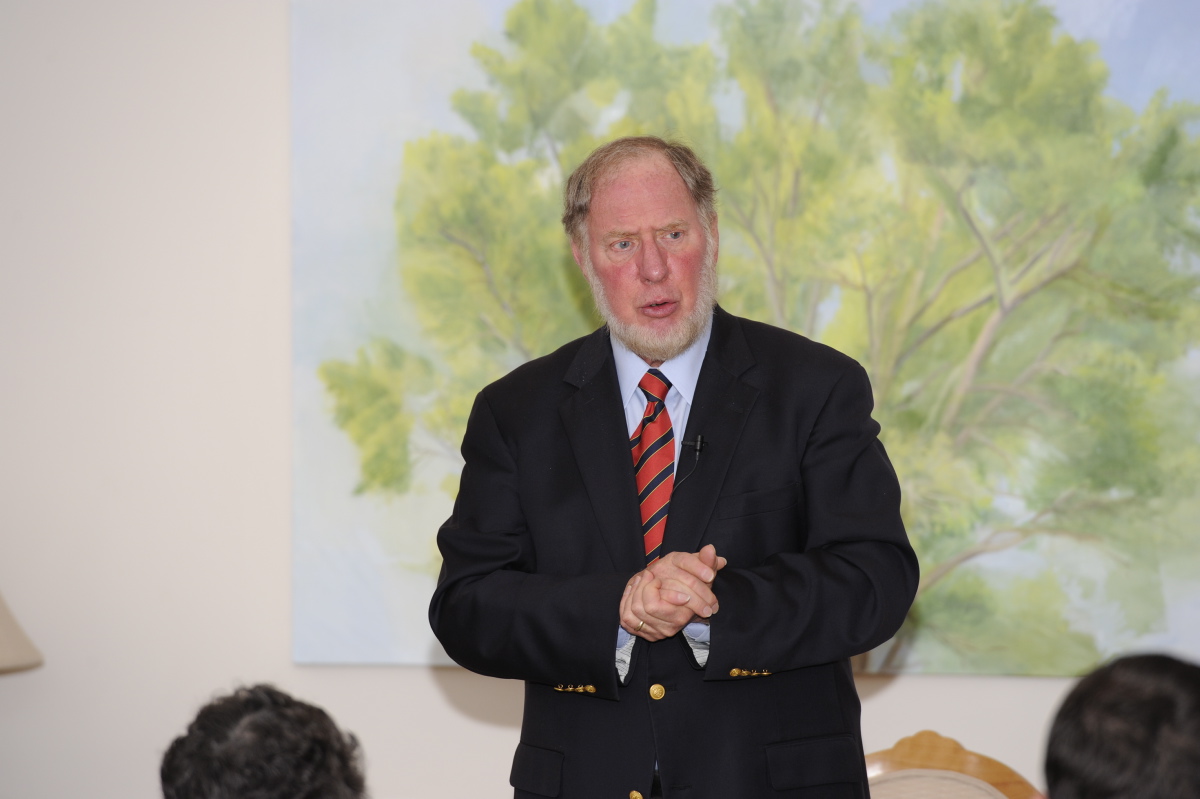 Professor Robert Putnam speaks at lecture in Israel on January 14, 2011.

High-dollar donors at the Jewish Federations of North America’s first all-virtual General Assembly tuned into a special event Monday evening featuring political scientist Robert Putnam, author of the recently released The Upswing: How America Came Together a Century Ago and How We Can Do It Again. Putnam, a convert to Judaism, drilled down into some of the ideas showcased in his latest book, which tracks a century’s worth of cultural and societal trends.

Learning from the past: In the book, Putnam points to the hyperpartisan, polarized environment of the late 19th century as evidence that a society can pull itself together. “If you look at the course of the last half-century, things have been going downhill. America has been in a bad place in many different ways in terms of politics, economics, social relations, culture. And if you start the story then… in 1970, say, you could be pretty pessimistic. But it turns out actually, if you begin the story 125 years ago, not just 50 years ago, you can get a quite different impression, because that enables you to look back at the last time we were in a situation like this — a very extreme polarization, extreme inequality, extreme social isolation, extreme self-centeredness. And you can see that they got out of it. And you can see sort of how the people of that generation — who are sort of like us — what lessons can we learn from their experience?”

Jewish values: “I think it’s important for us… to kind of constantly weave back and forth between things that are especially true of Jews, and things that are true of us as Americans,” Putnam said. “The values that are at the heart… our sense of community, our sense of ties to one another, and our values. And the values that are at the core of Judaism are also relevant here,” he added, citing the prophet Isaiah who described Jews as a light unto the nations. “Being a light unto the nations means we have… a role, but maybe even an obligation, to try to be a model for non-Jews [with] the role that community plays in our lives.”

Next generation: “Empirically, a lot of the people who are the most creative — not just the people who were just rabble-rousing, but people were most creative actually — were these young people at the turn of the century,” Putnam said, citing two reasons for his assertion. “One is they were actually organized on the ground. But secondly, they were the people who were most caught up in this idea that we have to take morality more seriously than it had been taken during the Gilded Age… they, often themselves coming from very wealthy homes, said to themselves and then to everybody else, ‘look, morality is more on this is really important.’ That’s the lesson that I would take from that period.”