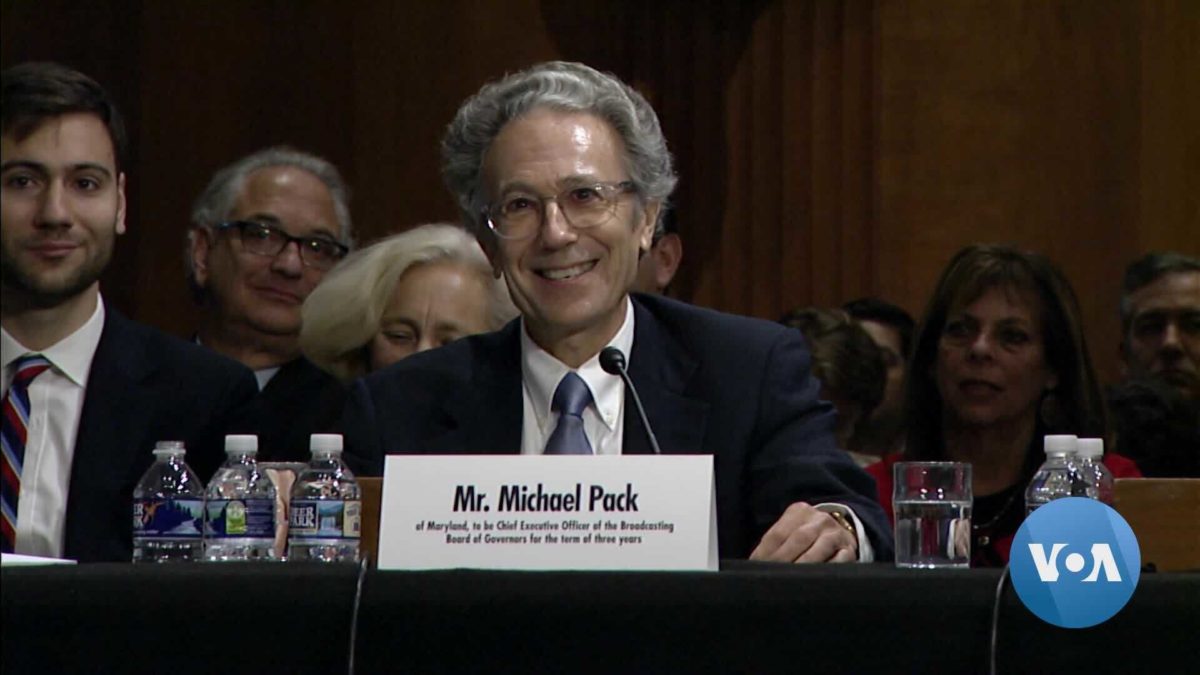 Michael Pack at his confirmation hearing in Washington, September 19, 2019.

Members of the House Foreign Affairs Committee from both parties slammed U.S. Agency for Global Media CEO Michael Pack for defying a congressional subpoena to testify at a hearing on Thursday and address questions regarding his controversial actions in office.

Pack, who assumed the role in June, had been scheduled to testify Thursday, but backed out a week earlier, citing a conflict, which chair Rep. Eliot Engel (D-NY) accused him of manufacturing. The committee then issued a bipartisan subpoena, which Pack ignored.

USAGM did not respond to questions from Jewish Insider.

In Pack’s stead, the committee heard from a panel of witnesses with experience inside USAGM, several of whom have left or been forced out in the months since Pack took over the agency.

Pack has previously denied any wrongdoing or ill intent, including in a July interview with JI, during which he insisted he simply sought to “bring [the agency] back to its glory days.”

Rep. Gerry Connolly (D-VA) said during the hearing that “it seems to me, deliberate or otherwise, Mr. Pack is handing a gift to the Chinese, to the Russians, to the Iranians and the Venezuelans.”

Among the topics that received particular attention were recent comments by Pack to The Federalist that USAGM would be “a great place to put a foreign spy.”

Ryan Crocker, a former U.S. ambassador to Afghanistan and Iraq and a former member of the USAGM board, said such charges endanger the agency’s journalists.

“[It] not only discredits the reputation for honesty, it puts everyone out there in the field at danger,” Crocker said. “Words have consequences, and to make this unfounded assertion puts the very lives of our correspondents overseas in some very tough places. It puts them physically at risk.”

“I would never accuse somebody of consciously serving foreign interests without evidence to back that charge,” Malinowski added, “but if China, Russia, North Korea or any of our adversaries had in fact infiltrated USAGM, they could not possibly have done more harm to America’s interests than Mr. Pack has in fact done on his own.”

Committee members and witnesses also lambasted Pack for declining to renew visas for foreign journalists — a move they said could place reporters at risk of physical harm and/or imprisonment in their home countries.

Former USAGM CFO Grant Turner, who served for several months as interim CEO and believes he was fired by Pack in an act of political retaliation, also cited several instances of severe financial mismanagement by Pack’s leadership team. Turner alleges that their activities left some USAGM news agencies at risk of being unable to meet payroll and blocked one office from scheduling cleaning services and another from buying toilet paper.

Several members of Congress also emphasized their concerns about Pack’s connections to former White House advisor Steve Bannon, who has been a vocal opponent of USAGM and encouraged Trump to use it as a propaganda agency. Pack downplayed his relationship with Bannon in his interview with JI.

Several committee members called for Pack to be fired as CEO.

“This man has acted incredibly recklessly and even for that alone, he should be dismissed from his job,” said Rep. Joaquin Castro (D-TX) — who is seeking the committee chairmanship next term.