State Rep. Kevin Boyle tells JI: 'To compare our approach to the Nazi regime is reprehensible and just flat-out wrong' 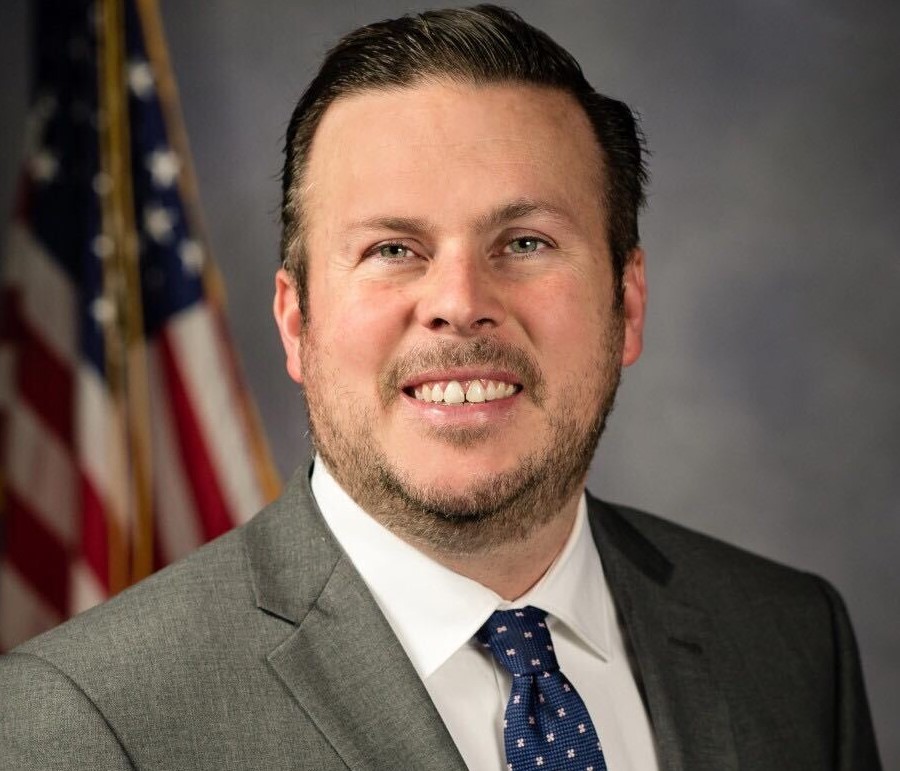 Pennsylvania State Rep. Kevin Boyle is a mild-mannered legislator. In his almost 10 years in the commonwealth’s House of Representatives, he has always waited for his turn to speak and avoided cutting in on his colleagues, even when he disagreed with them. That changed earlier this week when, during a committee hearing, Boyle interrupted Rep. Cris Dush for comparing Gov. Tom Wolf’s administration to the Nazi party amid a discussion about the governor’s restriction orders aimed to slow the spread of the coronavirus pandemic.

Dush, a Republican, drew the comparison during a hearing in the House State Government Committee on Monday. “Chairman, this is outrageous,” Boyle, the committee’s ranking Democrat, said as he cut off Dush. “Stop it with the Nazi references. It is offensive and wrong. Stop this.”

In an interview with Jewish Insider on Thursday, Boyle said: “I’ve never interjected and interrupted someone before, despite disagreeing with them, but to me, comparing the governor of Pennsylvania and the broader approach of elected officials who have been supportive of shutdown measures to protect human life; to compare our approach to the Nazi regime is reprehensible and just flat-out wrong.”

Dush later addressed his comments on the House floor. “I wanted to put history into context… because of the one government system I was talking about, a number of people took exception to it. And this was in no way meant to reflect that our governor or anybody else would do the atrocities that were done by any of those regimes,” Dush said on the floor. “If somebody was under that impression, that that is where I was going, I apologize. That in no way was reflecting on that.”

Dush’s defense didn’t convince his colleague. “I’m not really sure if it was an apology or not, but I would describe it as a qualification of his comments,” Boyle said. “I personally know people who I represent, and I’ve gotten to know over the years, who are Holocaust survivors. I’d be more curious about their views on whether they accept that qualification that he gave.”

Boyle told JI the comparison was shocking not just in terms of tone, but also in substance, “because the Wolf administration, they’ve been taking action to save human life, and the Nazi regime killed six million people of the Jewish faith in the Holocaust and was responsible for tens of millions more people dying in armed conflict during World War II.”

Northeast Philadelphia, part of Boyle’s 172nd district, has a vibrant Jewish community. On Thursday evening, Boyle participated in a Zoom webcast with members of Shaare Shamayim, the largest synagogue in his district.

In 2008, Boyle — who was then an aide to former Philadelphia City Councilman William Greenlee — was described by The Philadelphia Inquirer as one of the state’s rising stars. He was elected to the state legislature in 2010, beating a 32-year GOP incumbent, former Speaker of the Pennsylvania House John Perzel.

For the first five years of his political career, Boyle served alongside his older brother Brendan in the state house. Brendan is now a member of Congress, representing Pennsylvania’s 2nd district in Washington. “It was unique to work with my brother every day,” the younger Boyle recalled. “And it was good in the sense that we were from neighboring districts and our districts are pretty similar.” Recently, the two brothers introduced parallel legislation — on the state and federal levels — to extend early voting.

Born to Irish immigrants, the Boyles see themselves — unlike the Cuomo brothers — as equal favorites to their parents. Their mother died in 2013, but their father has been an ardent support of both sons, even attending their most recent swearing-in ceremonies. “We don’t really fight over things like that,” Boyle told JI.

In 2016, along with then-state Rep. Nick Micarelli, a Republican, Boyle introduced legislation that would prohibit the state from investing pensions or contracts with companies that engage in the Boycott, Divestment and Sanctions (BDS) movement against Israel.

In 2013, Boyle and his brother visited Israel on a mission organized by the Jewish Federation of Greater Philadelphia. “It was just remarkable,” Boyle said of the trip. “As someone who’s a student of politics and a student of history, I’ve been interested in politics and current events since my teen years if not younger. Israel’s been a country that has been in the news constantly. So to be there, see the names of the cities and places that I’m aware of was just interesting.”

Boyle’s conclusion from the visit? “I think it really gives the Israeli perspective by physically being in the Jewish homeland to see what a small patch of land that they have, and just how they’re surrounded by people who, unfortunately, don’t believe in their right to exist.”