NYTimes media columnist: ‘Every story is now a coronavirus story’ 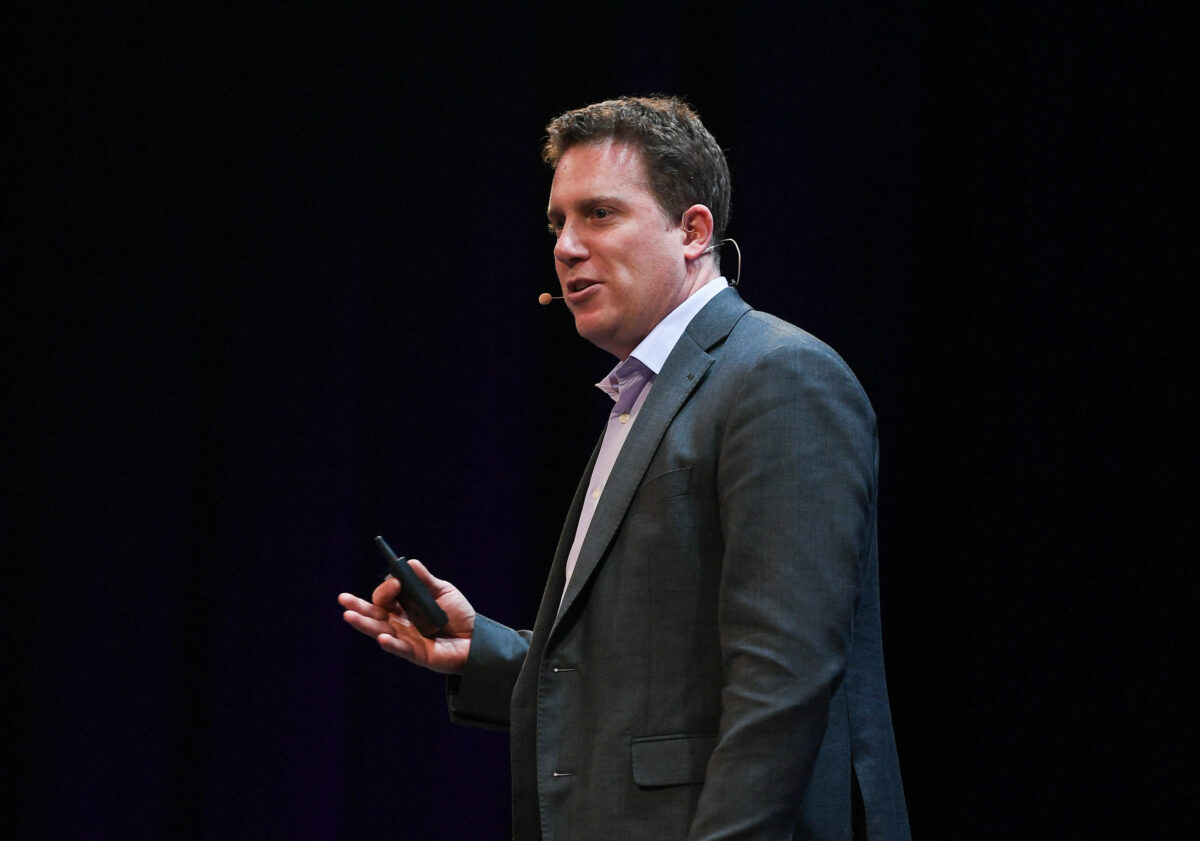 Ben Smith, Editor-in-Chief, BuzzFeed, on PandaConf + ContentMakers stage during day one of Collision 2019 at Enercare Center in Toronto, Canada.

When Ben Smith started his new job as a media columnist for The New York Times in early March, the novel coronavirus had yet to be named a pandemic by the World Health Organization, President Trump had not declared a national emergency and Americans everywhere were still going out to restaurants and bars rather than hunkering down at home. Within days, the column ideas Smith had in mind seemed a lot less relevant. “I’ve got a long list of stories nobody wants to read,” Smith, the founding editor of BuzzFeed News, told Jewish Insider in a phone interview from upstate New York, where he is working remotely. “Essentially,” he said, “every story is now a coronavirus story.”

The media angle: “I think every beat reporter who is not a public health reporter or science reporter is scrambling to figure out how to make themselves useful,” Smith, who is in his early 40s, told JI. “And I’m sure that goes for, like, wine columnists and sportswriters and everybody else.” Smith mused that in such dire moments a tension arises as reporters grapple with covering the virus from a daily-journalism perspective while also maintaining an awareness that their coverage is a part of the public health infrastructure that is working to beat the disease. “I think that’s the thing journalists always really wrestle with,” he said.

Background: Smith began his career in journalism as an intern at The Jewish Daily Forward under Seth Lipsky. “The number one thing he taught me as an editor was to have your reporter’s back,” Smith said of his former boss. In the early to mid aughts, Smith worked for The New York Sun and The New York Observer, where he was mentored by the late Peter Kaplan. “The thing that he really understood in his bones was the thing that good aggressive journalism covers is power,” Smith said. In 2008, he moved to Politico, pioneering a style of scooplet-driven journalism that has seeped into the practice. He was hired as BuzzFeed’s editor in 2011, building up a robust reporting operation that was known for taking big swings — in January 2017, for example, BuzzFeed made waves when it published the Steele dossier, a controversial memo alleging cooperation between the Trump campaign and Russia.

In good hands: Praising his former deputy, Virginia Hughes, and breaking news editor Tom Namako, Smith said he was confident that he had left behind a newsroom in good shape to function without him. “If I was at BuzzFeed,” he told JI, “I would be sitting around Slacking them instructions just to have them write back ‘That’s stupid,’ or ‘We already did that,’ which is most of what being an editor is anyway.”

Settling in at the Times: At his new job, Smith is expected to publish one column every week — a “really disorienting” pace, Smith told JI. “I’m an old blogger, and I think my approach has been, like, can I jam 15 blog items into every column? Back when I was at Politico I was writing five times a day, so I’m trying to do that much reporting and get it all into the column.” Still, Smith has already had the chance to stray from the mandated schedule — as well as his beat. “I wrote a piece about Cuomo on Monday,” he said. “I was very grateful that the Metro folks let me kibitz a bit.”

The future of the news biz: The coronavirus is a “catastrophe” for advertising, Smith said, which will hit local newspapers particularly hard. “A lot of what they advertise for are restaurants and concerts,” he told JI. “And I just think it’s going to be totally devastating. I think you’re seeing it first with alt-weeklies because they were already in such a position. But any media that’s dependent on advertising, which is most media, is always incredibly vulnerable to a recession — and this is more than a recession.”

Walking a fine line: “Politically, the Jewish press sort of faces what everybody else faces, which is the center isn’t holding,” Smith told JI. “On Trump, on Israel, there’s increasingly a demand that you choose sides.” Still, he added, a public health event like the coronavirus has changed that dynamic a bit. “You see the Forward doing great work on the outbreak and the outbreaks in the Orthodox community,” Smith said by way of example. He also praised Yeshiva World News for “raising the alarm” and “trying to present trustworthy voices” in an effort to get ultra-Orthodox communities to take the virus seriously.

Operating in David Carr’s shadow: The media column at the Times was previously written by Jim Rutenberg, who is now a writer at large, but the man who launched it was David Carr, the gruff, no-nonsense reporter who died unexpectedly in 2015. Smith remembers him fondly, recalling the time early in his tenure at BuzzFeed that Carr stopped by the office to interview Smith and Jonah Peretti, the company’s co-founder. “We sat at the table in the BuzzFeed cafeteria, and he was in the canteen, and Jonah was sort of giving his story, which I had heard before, so I had started kind of looking at my phone, doing other things,” Smith remembered. “And David sort of rounds on me. He’s like, ‘I’m sorry, are you bored? Do you need to go somewhere else?’ And it was so destabilizing it rattled both me and Jonah and made it a much better interview.”

Looking ahead: How will Smith cover the coronavirus with a media angle in mind? He is still figuring that out. “I was talking yesterday to one of the great media writers — I won’t name him, but somebody I admire who’s not doing it day-to-day these days — and asked him, like, ‘What columns should I be writing?’” Smith told JI. “He said, ‘You’re going to know it’s really bad when the Times does a story on remote seders.”