In debate, Kennedy challenges Markey over vote on Syria 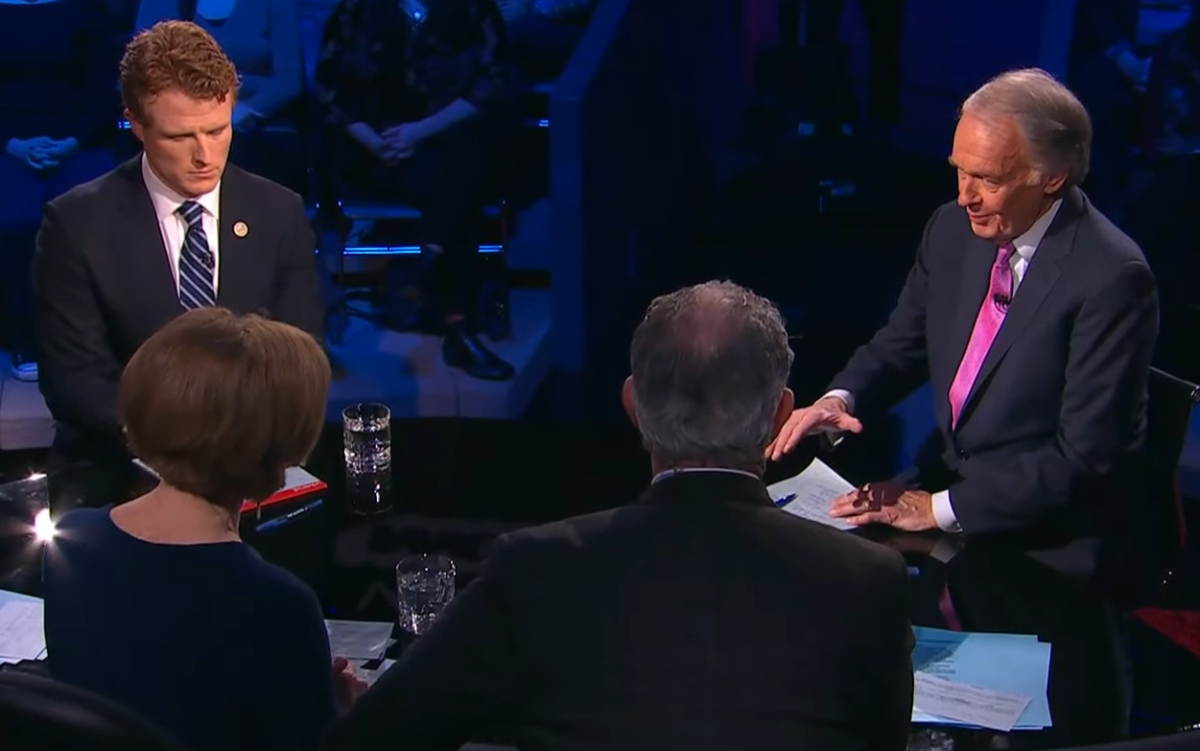 Rep. Joe Kennedy III (D-MA) challenged Senator Ed Markey (D-MA) on his voting record on Syria and debated the U.S. presence in the Middle East on Tuesday during the first televised match-up between the two ahead of the September 1 primary that will see the four-term congressman take on the incumbent senator.

Taking a stance: Kennedy pointed to Markey’s ‘present’ vote in the Senate Foreign Relations Committee on then-President Barack Obama’s use of force resolution against Syria in 2013. “The lesson of Iraq, one of many, is that you do not go into another Middle Eastern country without knowing how you get out, and when confronted with that question, roughly 10 years after that vote, the senator voted ‘present’ — not ‘no,’ not ‘yes’ on a matter of war and peace, but ‘present.’ And I think that record speaks for itself,” Kennedy said.

Pushback: Markey defended his record, explaining that his vote was one of protest because lawmakers were not given enough information to take a definitive stance. “And when I got all the information, I understood the consequences, I announced that I was going to vote ‘no,’ that I would not give the authorization before that vote came to the Senate floor,” Markey said. “I made sure that I was not going to be put in a position where there would be a rush to judgment.”

Of note: The authorization for the use of military force against Syria in response to Bashar al-Assad’s use of chemical weapons (S.J.Res. 21) was ultimately shelved after passing out of committee when the Obama administration announced a deal with Russia.

How it played: Mary Anne Marsh, a Democratic political analyst, noted on Twitter that the exchange was Kennedy’s “best moment in the debate.” The congressman and the senator were largely in agreement on key issues Tuesday night, but Massachusetts pundits declared Markey the night’s overall winner.