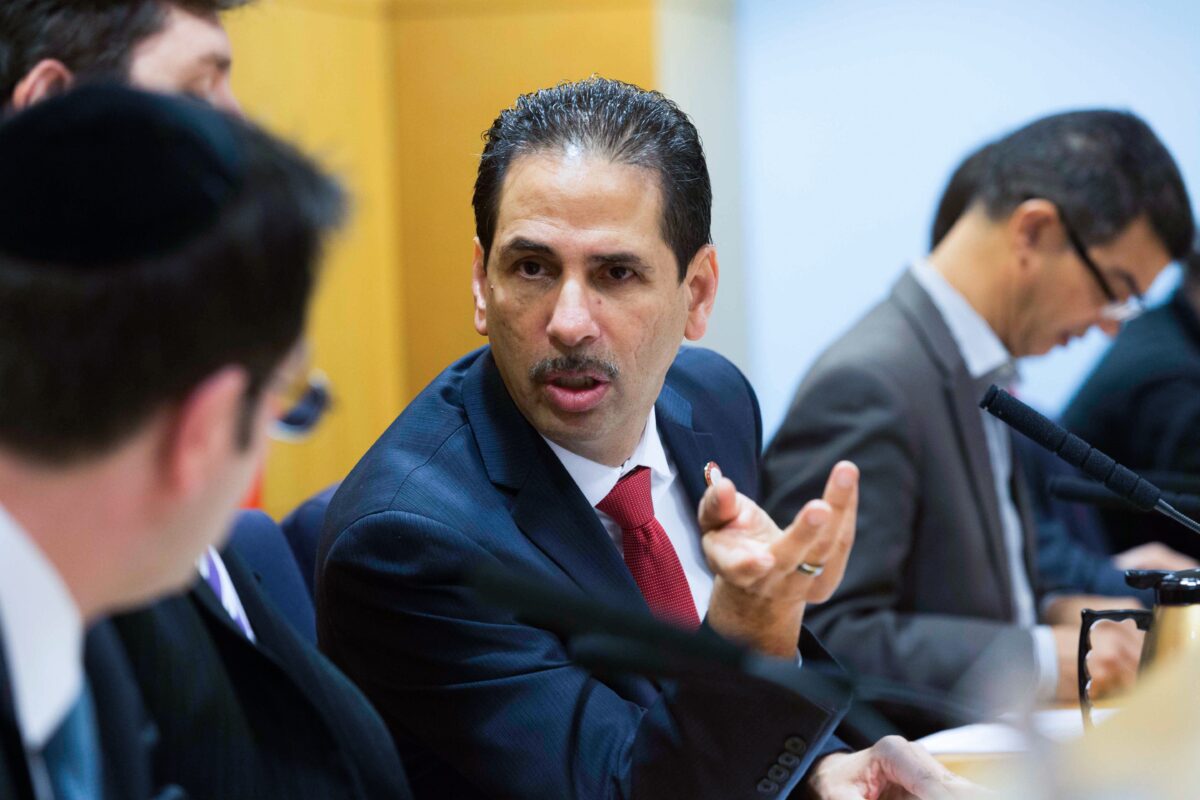 Neighborhood cred: Cabrera, currently the majority whip in the Democratic-controlled city council, also serves as a senior pastor in the New Life Outreach International church in the Bronx. In Cabrera’s view, the majority of voters in the district are moderate with centrist views. He told JI that voters who supported Ocasio-Cortez and saw her as a fresh face in the 2018 primary are displeased with the path she’s taken and her inability to achieve policy outcomes. “There is a difference between being known and being great,” Cabrera said of Ocasio-Cortez. “Great is when you get something done. She’s never going to get anything done. She’s not a team player.”

The challenge: Ocasio-Cortez stunned the political establishment in last cycle’s primary when she ousted ten-term Rep. Joe Crowley with 56 percent of the vote, virtually guaranteeing a general election victory in the heavily blue district. A Siena poll conducted in Aprilhad Ocasio-Cortez with a 65 percent favorability rating among Democrats in the district.

Unlikely odds: Ross Barkan, a New York-based journalist, explained to JI that the anti-AOC voters are “not enough to build a winning coalition” for a conservative Democrat to oust her. “In Democratic primaries, it’s very hard to run to someone’s right and try to win that way,” Barkan stressed.

The caveat: The Democratic firebrand is fairly unpopular around the country. In the latest Quinnipiac poll, Ocasio-Cortez registered a negative 23-36 percent favorability rating, matching previous polls. “I am AOC’s biggest nightmare,” Cabrera declared confidently. “This is a national race. I believe this will be the second most-watched race in America after the presidential primary.”

Motivations to run: In his interview with Jewish Insider, Cabrera cited Ocasio-Cortez’s “embrace of socialism in America” and her approach toward Israel as his motivation for running. The Middle East is not one of the core issues on the congresswoman’s agenda, but she has made comments critical of Israel in the past. Earlier this year Ocasio-Cortez signed on as a sponsor to H.R. 496, a resolution supporting boycotts, which was introduced by Rep. Ilhan Omar (D-MN), herself a supporter of the BDS movement. “I am very concerned with the tone that she brings,” Cabrera explained. “Her agenda has been very anti-Israel and she’s not a friend of the Jewish community. I could say that with total conviction. I want to bring communities together. If one community hurts, everybody pays for that. She doesn’t get that.”

AOC’s one-way street: Cabrera, noting Ocasio-Cortez’s close relationship with Omar and Rep. Rashida Tlaib (D-MI), said his rival is attempting to push the party to the left. “Even more than specific issues, like BDS, it’s the culture that she’s trying to shape that I think would be detrimental to the Jewish community,” he stated. “[Ocasio-Cortez and her allies] have started to be successful, and that’s what worries me greatly.”

Jack Rosen, a longtime donor to Democratic candidates, told JI, “As someone who represents a state with the country’s largest Jewish community, Ocasio Cortez’s defense of antisemites, like Congresswoman Omar is morally repugnant and divisive.”

Branding: Cabrera also blasted Ocasio-Cortez for comparing ICE’s detention facilities to “concentration camps” earlier this year. “It’s an issue where she’s intentionally trying to create a brand,” he stressed. “She is very clueless and lacks judgement. This shows a definitive lack of judgement.”

Frequent traveler: Cabrera, who is affiliated with Christians United For Israel, said he’s been to Israel seven times over the last several decades. “I think I have been there all together close to 60 days,” he joyfully claimed, quipping that he’s visited the country “more than an average member of the Jewish community living in NYC.” The incumbent congresswoman, he pointed out, has never been to Israel and has “shut down every invitation to go to Israel.”

A trusted friend: Cabrera noted that he was a friend to the Jewish community prior to his election to the city council. His church congregation co-hosted model seders and interfaith picnics, and once he entered office, he “voted for every pro-Israel bill” in the city council. Cabrera claimed that Ocasio-Cortez hasn’t visited any of the synagogues in the district since she took office last year, and said he has heard from Jewish community leaders that she declined requests to meet. “When you ignore the Jewish community, when you give your back to them, what kind of message are you sending them?” he asked rhetorically. “Her track record just speaks for itself and the Jewish community has taken notice of that.”

Of note: Data compiled by the Berman Jewish DataBank, a project of the Jewish Federations of North America, estimates the number of Jews in the district accounts for about 4 percent of the population.