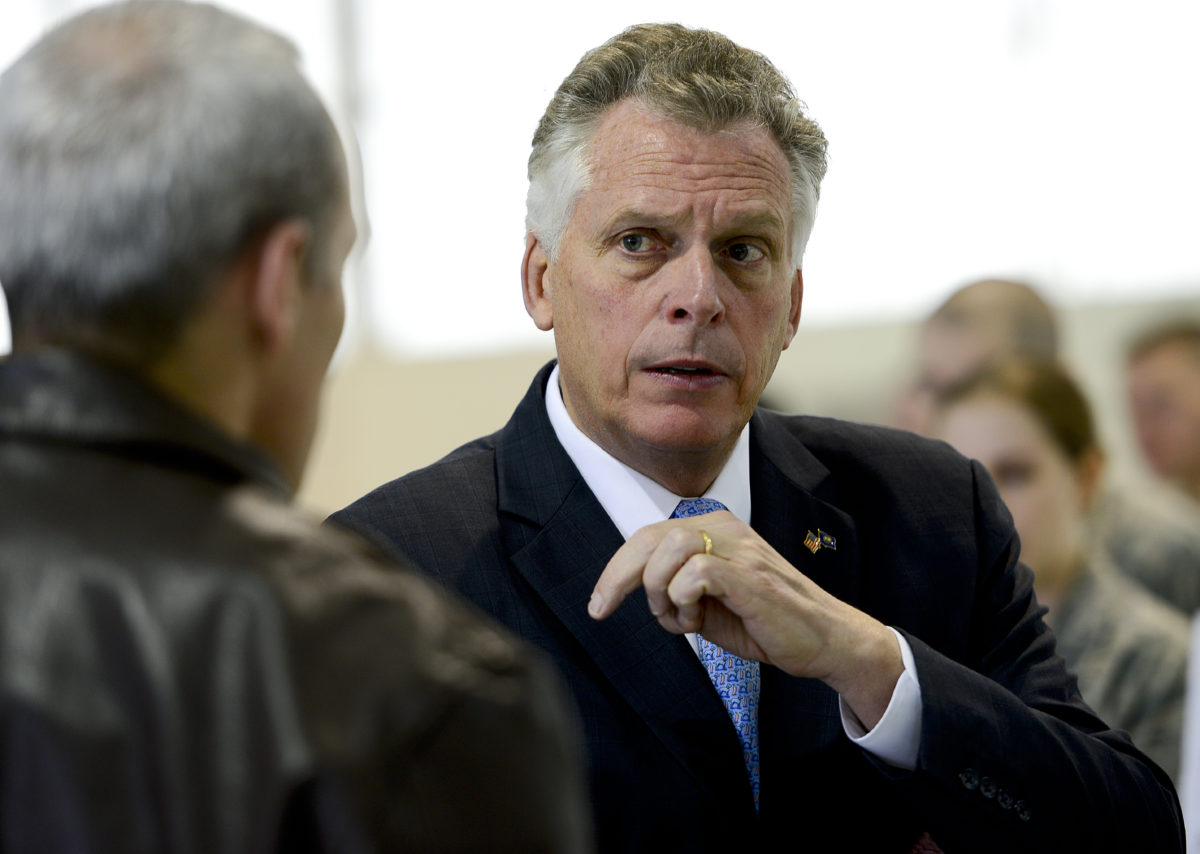 For Former Virginia Governor Terry McAuliffe, the images of neo-Nazis marching in the streets of Charlottesville with torches — chanting ‘Jews will not replace us’ — was a defining moment in America’s history.

McAuliffe, who left office in January 2018, highlights the events of the summer of 2017 and President Donald Trump’s response to the deadly Unite the Right rally in his new book, Beyond Charlottesville: Taking a Stand Against White Nationalism.

“People were shocked at how people could spew such hatred and feel these feelings towards members of the Jewish faith,” McAuliffe said during a phone interview with Jewish Insider on Monday.

What happened next, the Democratic governor recalled, was a phone call from the president, in which he’d hope to convince Trump to seize the moment to unite the country. “I explained to the president what had happened, and I told him that this was a real opportunity. He needed to show leadership,” McAuliffe said. “He needed to condemn it. I told the president that this hate speech has to stop — he was inciting people — and he’s got to work as president and as a moral leader to really unite people.”

But instead, Trump refused to denounce the marchers, drawing a moral equivalence between the neo-Nazis and the counter protesters. “I think unfortunately what happened is his political advisors, [Steve] Bannon or [Stephen] Miller or whoever it was in the White House, said to the president ‘No, you are not going to condemn neo-Nazis, you are not going to condemn white nationalists. You’re not,’” McAuliffe opined. “He had an opportunity, he didn’t do it.”

McAuliffe believes that this moment defined Trump’s presidency. “Charlottesville defined his presidency. Americans were looking to the president to be their moral leader that day to condemn the actions of those people that were in Charlottesville,” he explained.

In wake of the recent mass shootings in El Paso, Texas and Dayton, Ohio, McAuliffe said that the president ought to “apologize” to the American public, and stand up and say: “‘You know what? My words have incited individuals and [have] fostered hatred and division in our country, and I apologize for that… To the young people who have heard my words, I apologize. I want you to work together. I don’t want any more violence.’ If he did that, he would rise to the level of what we expect from a president of the United States of America.”

McAuliffe said he was “intrigued” to write his first book after leaving office about the events in Charlottesville, not only to dispel misinformation, but also “I felt it was my responsibility with this president in office, who continually spews hatred and racism every day, that I needed to put together a comprehensive look at how we got to the place where these folks can walk down the street in the middle of the day and scream at members of the Jewish faith that they want to kill them and burn them. I felt that somebody had to put it in the context, and I had to point out that unless something was done, this would continue.”

Speaking to JI, McAuliffe also reveled in the Yiddish nickname — “The Macher” — he earned over the years as a political fundraiser. “Listen, Haim Saban and many have called me that for years,” he said. “It’s a big compliment, I guess. Right?”

The former governor also stated with pride that his daughter, Mary, lives in Israel and that he has visited the Jewish state many times.

“I was just there last summer. I have always had very, very strong ties with Israel,” he said. “I think my first trip to Israel was around 1982. I’ve been many times and, you know, I love it. And, obviously, my daughter is living there today.”