De Blasio: ‘I will use my right to free speech to oppose BDS’ 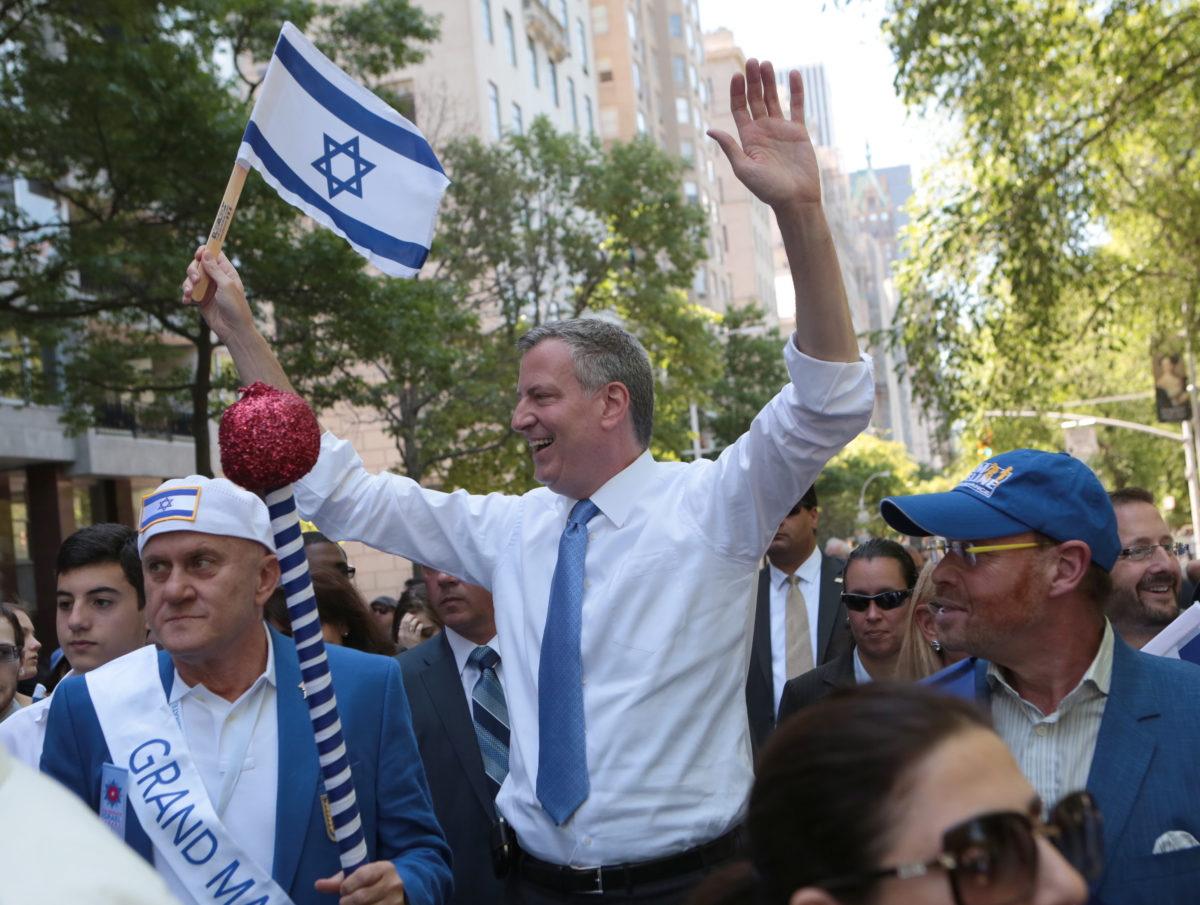 Democratic presidential candidate and New York Mayor Bill de Blasio defended his opposition to the Boycott, Divestment and Sanctions (BDS) movement against Israel on Tuesday, telling a conference on Muslim political engagement that the first amendment protects his opinion on the movement.

De Blasio, speaking on a panel at the Muslim Collective for Equitable Democracy Conference in Washington D.C., was responding to a question on whether he supports criminalizing BDS, as the House of Representatives prepares to vote Tuesday evening on condemning the BDS movement.

Rep. Rashida Tlaib (D-MI) has called the congressional resolution condemning BDS “unconstitutional” and charged that it infringes on first amendment rights. The resolution, introduced by Rep. Brad Schneider (D-IL), has 349 co-sponsors, and has no legal prohibitions.

At the gathering, de Blasio explained that he opposes BDS for being counter to achieving a two-state solution to the Israeli-Palestinian conflict.

“So I don’t want to leave anyone with the impression that I’m pandering on an issue that I care about a lot,” de Blasio told the crowd. “Because I have strong views on BDS and I suspect I disagree with a lot of people in the room, but I want to tell you why.”