French ambassador to the U.S. on a repaired U.S.-French alliance

Amb. Philippe Ètienne is all in on the fight against antisemitism here and in France 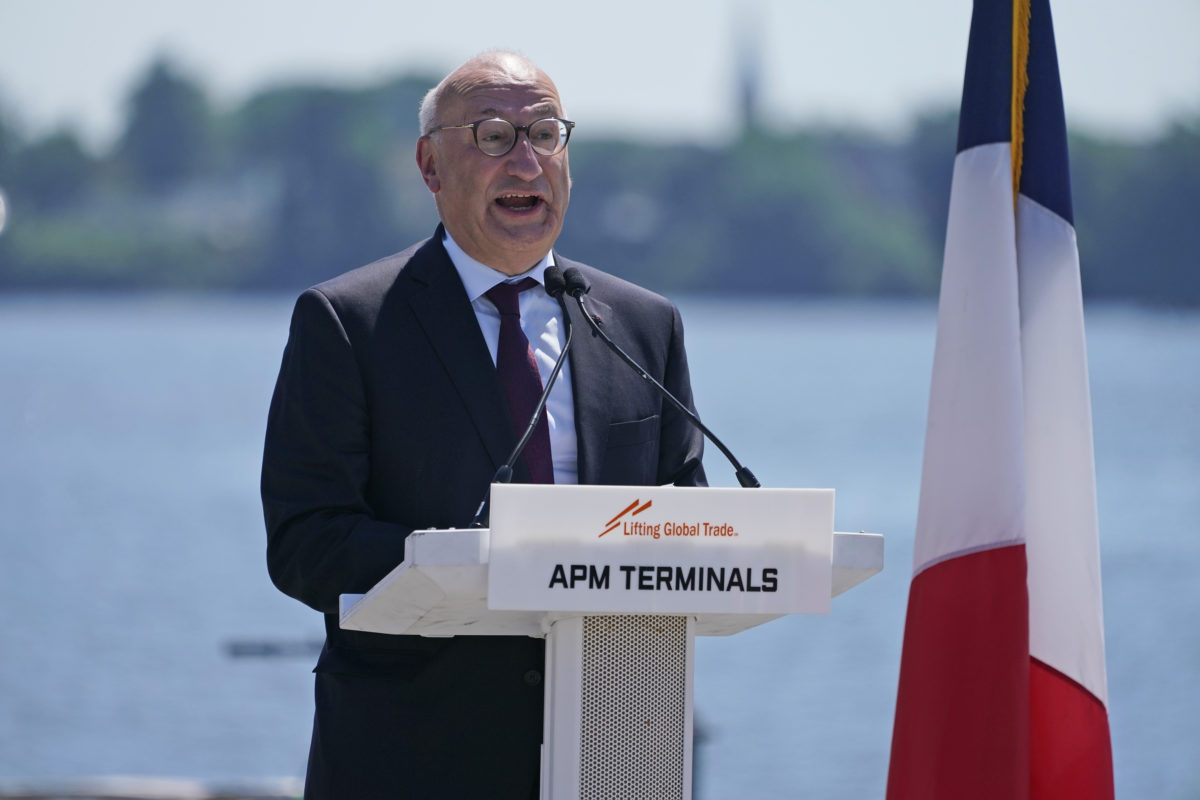 The French ambassador to the United States, Philippe Etienne, speaks at an event at the Port of New York and New Jersey in Elizabeth, N.J., Wednesday, June 30, 2021.

French Ambassador to the U.S. Philippe Ètienne weighed in on antisemitism in France and the Franco-American relationship following the AUKUS agreement last year during an appearance on Jewish Insider’s “Limited Liability Podcast.” Etienne, who previously served as an advisor to French President Emmanuel Macron, was recalled by the French government last year in the fallout over a canceled contract for the French to sell submarines to the Australian Navy.

While Ètienne returned to Washington in September, the incident was seen as a fracture in one of Washington’s oldest alliances. “We have indeed worked very hard on both sides to rebuild the trust. And I think we have succeeded, to a large extent. And considering what’s happening now in the world, it’s really important that we have, again, rebuilt the trust between important allies,” Ètienne said.

Regarding the incident, in which the Australian government decided to purchase nuclear submarines through a deal with the U.S. and the United Kingdom instead of France, Ètienne reminded, “The choice of having non-nuclear submarines built by us for Australia was an Australian choice, not a French choice, because our own submarines are nuclear-powered.”

The French and American efforts to repair relations culminated in a declaration jointly released by Macron and President Joe Biden following a meeting in October on the sidelines of the G20 Summit in Rome. “We have worked a lot on both sides between the middle of September and the end of October,” Ètienne said, referencing the date of the declaration.

“If you read this declaration, you will see that one of the main topics which were discussed during the six weeks of intense consultations between the middle of September and the end of October was the theme of European defense, the fact that the U.S. welcomes stronger, more capable European defense complementary to NATO,” Ètienne continued, which “takes quite a lot of importance or relevance with what is happening now [in Ukraine].”

Ètienne also spoke on the importance of combating rising antisemitism in France and United States, pointing specifically to the recent attack in Colleyville, Texas.

“The first priority is the protection of these compatriots, and the places where they go to school or to worship. But the second priority is very much about prosecution. Of course, the third part is education. It’s absolutely essential. We have developed a lot of new programs, both at the level of the government, but also in the civil society, which we support. Every year we monitor this,” Ètienne said.

“There is one point which is more and more important, which is a fight against antisemitism hatred on internet,” the ambassador added. “Here, we also need the help of the United States. We have launched a series of initiatives because, of course, most of these messages… go up through social media. And we need to fight with the social media [companies], with the tech platforms decisively to remove these messages, to delete them and also to fight against those who are circulating those. This is important. And for this, we need the help of the United States and also of the international community, but also the business and the tech platforms,” Ètienne explained.