Ciattarelli is challenging Murphy, who has held the seat since 2018, in the Garden State 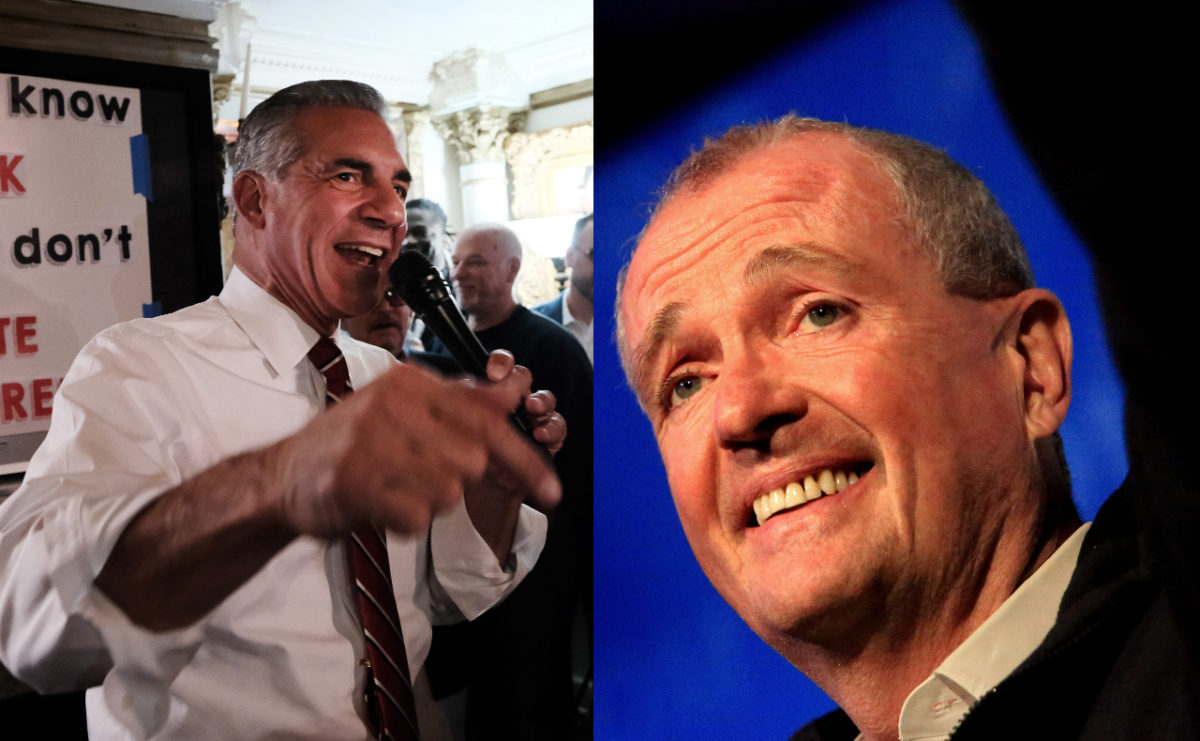 With hours to go until polls close, New Jersey Gov. Phil Murphy looks poised to win another term in Trenton. Late polls showed the incumbent Democratic governor with anywhere between a nine- and 11-point lead over his Republican challenger, former state Assemblymember Jack Ciattarelli, who has seen his conservative credentials questioned throughout the campaign after previously criticizing former President Donald Trump. In recent conversations with Jewish Insider, Murphy and Ciattarelli detailed their outreach and ties with New Jersey’s Jewish community.

Murphy on New Jersey-Israel ties: “On the optimistic side, I’d say deepening ties with the State of Israel [is a priority]. So that’s everything from being involved in Ben-Gurion University’s joint venture with NJIT [New Jersey Institute of Technology] to the work that Tel Aviv University is doing with Rutgers to commerce and direct investment. Israel is the innovation country, and I think we’re the innovation state. So we’ve got a lot in common in that respect.”

Ciattarelli on his August visit to Israel: “It was my first time and it was indeed a life-changing experience. My goal was to let civic leaders, business leaders and religious leaders know that Israel will have a strong ally in New Jersey when I’m governor. From an economic development perspective, Israel does more than $14 billion a year in bilateral trade with New York. It does only $1 billion with New Jersey. That shouldn’t be the case. So I made clear during my trip and meeting with all leaders, that New Jersey is going to strengthen its cultural, religious and economic ties with the State of Israel. And we will stand with her in defending its people.”

Murphy on working with the state’s Jewish community: “I think we’ve built outstanding relationships. And I’m grateful for the support from the community, wherever it comes out, but I feel like we committed to this long before I was governor that the Jewish community was going to be center-stage for us. I’ve got a long history with the community on both sides of the Atlantic. I’m the former U.S. ambassador to Germany. So the whole reality of the 20th century and the Holocaust and the pogroms that came before the 20th century, my wife’s father’s ancestors were driven out of Europe in the 19th century… The Jewish community here, whether it’s celebrating the community or mourning with the community after the violence in Jersey City or Pittsburgh or finding the funding to increase public school security, whether it’s more patrols or hardening of assets, or whether it’s pushing back with 100% energy against antisemitism, like Rise Up Ocean County, online or swastikas and other physical damage in other places in the state. I think we’ve been shoulder-to-shoulder, and I always have been and I always will be.”

Ciattarelli on the rise in antisemitism: “There’s too much hate in the community. We see hate crimes of all types, sadly, across the nation and in our communities. It all starts with leadership. Leadership has to set the right tone, has to call out hate when it’s seen, not delay in calling out hate and make clear that hate will not be tolerated, nor will discrimination of any type here in New Jersey. And so that is the standard that I will provide as governor. I think while I served in the legislature, my vote on things like our New Jersey pension plans divesting themselves of companies that take anti-Israel positions, sent a very clear and strong signal that anyone or any business that takes a position inconsistent with our very, very strong ties with Israel is going to suffer the consequences.”