Candidates are raising — and loaning — large sums, or in some cases hinting they may not be pursuing a 2022 run 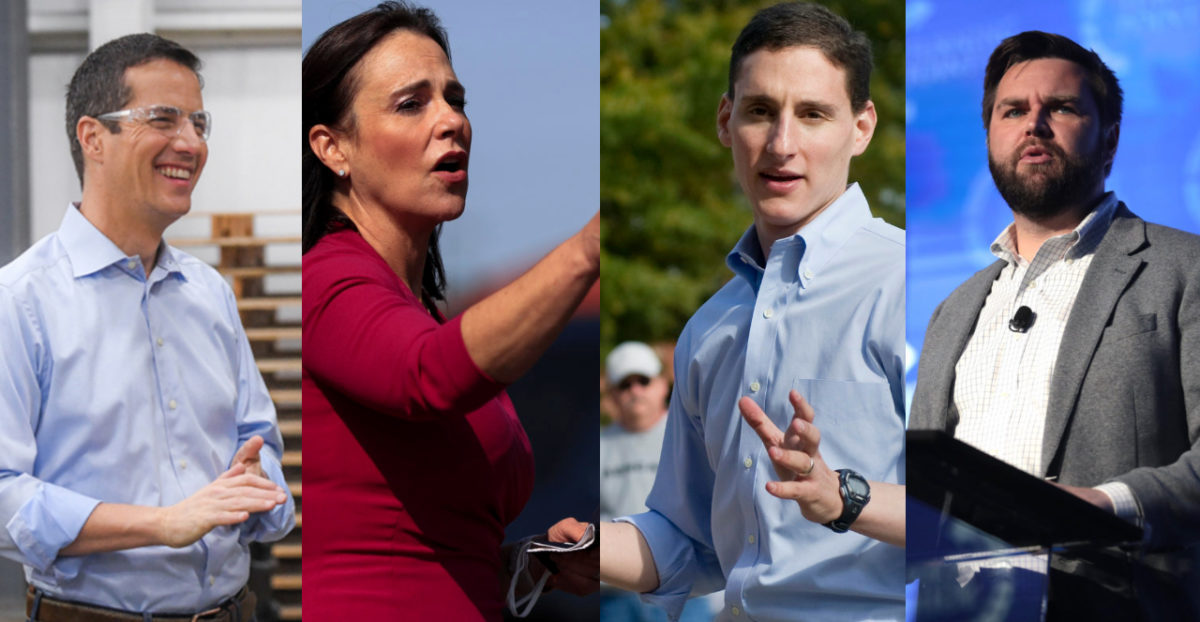 Senate and House hopefuls and incumbents are filing their Q3 hauls, giving the most in-depth insight to date as to how the races are shaping up ahead of the midterms as states redraw their congressional districts and control of the Senate rests on a handful of key races. Jewish Insider breaks down the numbers from the Federal Elections Commission’s website:

Several of the candidates in Ohio’s GOP primary to succeed retiring Sen. Rob Portman (R-OH) personally loaned large sums to their campaigns last quarter. Former state party chair Jane Timken, who raised approximately $700,000, loaned herself $1 million, while Bernie Moreno, the Cleveland car dealer who led the field in second-quarter fundraising, also pulled in about $700,000 and gave his campaign $3 million. Cleveland-based investment banker Mike Gibbons raised just over $110,000 but loaned himself $2.25 million. J.D. Vance, the Hillbilly Elegy author and venture capitalist, pulled in $1.75 million, donating $100,000 of his own money. Former Ohio state treasurer Josh Mandel raised approximately $1.1 million. He leads the field in cash on hand, with $5.8 million. Ohio state Sen. Matt Dolan, the only GOP candidate in the field who is not actively courting Trump’s endorsement, did not report fundraising numbers because he entered the race just last month.

As he emerged as the lead negotiator for a group of House moderates who favored swift passage of the Senate’s bipartisan infrastructure bill ahead of a larger social spending package, Rep. Josh Gottheimer (D-NJ) accelerated his already prodigious fundraising, pulling in $1 million in the third quarter. That leaves him with more than $11 million on hand.

Rep. Jake Auchincloss (D-MA), whose profile grew this quarter as an Afghanistan veteran who defended the Biden administration’s Afghanistan pullout, nearly doubled his fundraising this quarter, bringing in $833,000, leaving him with $3.76 million on hand. While Auchincloss’s district is safely Democratic, the freshman — who came out ahead in a crowded field of nine candidates in 2020 — could face a primary challenge from the left.

Rep. Marjorie Taylor Greene (R-GA) was again a powerhouse fundraiser, bringing in nearly $1.5 million in the third quarter, beating her stunning $1.3 million second-quarter haul, a formidable sum for a member in a safe Republican district. She had more than $3 million on hand at the end of the quarter.

Rep. Alexandria Ocasio-Cortez continued her streak as a star fundraiser, bringing in $1.66 million in the quarter, leaving her with $5.78 million on hand. Rep. Cori Bush’s (D-MO) increased profile during the third quarter, during which she led the push for a renewed eviction moratorium, gave her a boost to double her second-quarter fundraising, pulling in $378,000 in the third quarter. But not all House progressives had equally strong quarters: Reps. Rashida Tlaib (D-MI) and Ilhan Omar (D-MN) saw significant dips. Tlaib’s fundraising fell by more than 50%, down to $338,000. Omar raised $286,000, just over half of what she raised in the second quarter.

Despite coming under sustained fire from former President Donald Trump and other Republican power players, Rep. Liz Cheney (R-WY) was among the House’s top fundraisers, pulling in $1.37 million.

Rep. Stephanie Murphy’s (D-FL) fundraising dropped precipitously in the third quarter to $140,000 from $800,000 in the previous quarter, a possible indication she does not intend to run for reelection in 2022. Murphy considered, but ultimately declined to pursue, a run for Florida’s Senate seat in 2022. Murphy, along with Gottheimer, has been another key centrist negotiator in the infrastructure debate.

Rep. Ted Budd (R-NC), a little-known congressman who notched an early endorsement from former President Donald Trump last June that sealed his status as a leading contender in the crowded Republican primary to succeed outgoing Sen. Richard Burr (R-NC), has gained considerable ground since last quarter, when he trailed Pat McCrory, the former North Carolina governor, by approximately $250,000. Now, Budd has all but closed the gap, pulling in over $1 million including a personal loan of $25,000. McCrory eked by with just a $3,500 advantage. Still, Budd heads into the final quarter with just over $2 million in cash on hand, more than any candidate in the GOP field. Former Rep. Mark Walker (R-NC) raised just $122,000.

Max Miller, a former Trump aide who was endorsed by the former president in February, raised $695,000 last quarter, the bulk of which came from a $500,000 loan he gave to his campaign. The paucity of outside contributions demonstrates that a nod from Trump by no means guarantees strong fundraising numbers. But Miller is likely in a better position than other Trump-backed candidates now mounting primary challenges against the small group of House incumbents who voted to impeach the former president. Rep. Anthony Gonzalez (R-OH) said last month that he would not seek re-election. The announcement, pending a redrawn congressional map, gives Miller a feasible path to victory in Ohio’s deep-red 16th District.

Kina Collins, a Justice Democrats-backed gun violence and healthcare activist in Chicago, raised over $100,000 in her bid to unseat 12-term House incumbent Rep. Danny Davis (D-IL), underperforming by nearly $30,000 relative to the previous quarter. Davis, who represents Illinois’s 7 Congressional District, pulled in only $67,000, but has yet to begin actively courting donations

Rana Abdelhamid, a Google employee and community organizer who is challenging longtime Rep. Carolyn Maloney (D-NY) in New York’s 12 Congressional District — and is also running with an endorsement from Justice Democrats — raised almost $213,000 in the previous quarter, bringing her total haul to nearly $625,000. Maloney, for her part, reported nearly $475,000 last quarter. To date, she has raised close to $1.4 million.

After swapping districts to run against Rep. Daniel Webster (R-FL) in Florida’s 11th Congressional District, Laura Loomer, the far-right conspiracy theorist and anti-Muslim provocateur who unsuccessfully ran against Rep. Lois Frankel (D-FL) last cycle, reported a third-quarter fundraising haul of $106,000. Webster raised just $63,000 but has $313,000 in cash on hand. By contrast, Loomer’s cash on hand is just over $70,000.

Daniel Hernandez, an Arizona state lawmaker who says he wants to be the next pro-Israel progressive in Congress, raised $238,000 last quarter, bringing his total haul to more than $500,000 in the open-seat race to succeed retiring Rep. Ann Kirkpatrick (D-AZ). Kirsten Engel, a former state senator who is also vying to represent Arizona’s 2nd Congressional District, outraised Hernandez by a slim margin, pulling in $265,000. To date, she has raised $600,000. State Rep. Randy Friese had raised the most of any candidate before he pulled out of the race in September.