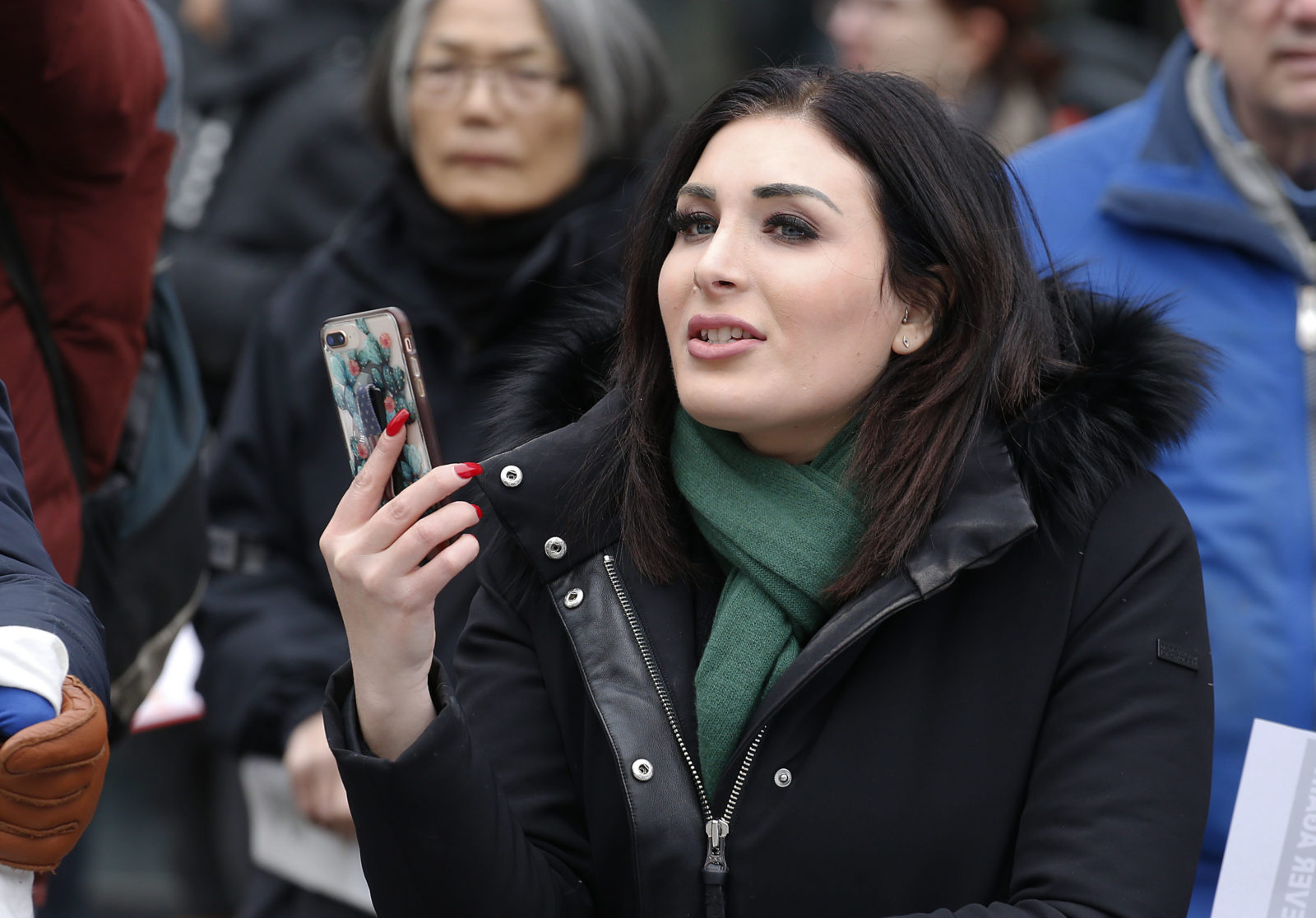 Laura Loomer, the far-right conspiracy theorist and anti-Muslim provocateur notoriously banned from most major social media platforms, announced on Wednesday that she is mounting a primary challenge against six-term Rep. Daniel Webster (R-FL) in central Florida.

Until recently, Loomer, 28, had been poised for a rematch in Florida’s 21st Congressional District, where last cycle she ran an unsuccessful campaign to unseat Rep. Lois Frankel (D-FL), losing by 20 points despite a strong fundraising advantage. But Loomer switched districts this week to take on the 71-year-old Webster, setting up what is likely to be a heated generational showdown with a member of her own party.

Loomer is an alumna of James O’Keefe’s guerrilla journalism outfit, Project Veritas, and Rebel Media, a right-wing Canadian news operation; she is infamous for her strident brand of provocative politics. Loomer said she was recruited by local GOP activists who were disappointed that Webster had missed voting in the second impeachment of former President Donald Trump. “It’s a dereliction of duty,” Loomer charged in an interview with Jewish Insider on Wednesday. “They want a real fighter.”

Webster, who opposed impeachment, said that he skipped the House vote in January “due to family medical obligations.” The congressman opposed certifying the 2020 presidential election results and voted in line with Trump about 91% of the time.

“He is a lifelong, rock-solid, conservative Republican,” Aubrey Jewett, a political scientist at the University of Central Florida, said of Webster. “But he is not a dynamic campaigner and is not given to making outrageous statements, charges and claims.” In the current political climate, Jewett speculated, “Loomer could use that to her advantage.”

Still, Loomer may be something of an awkward fit for the 11th district, which is the oldest in the country. While its boundaries could shift with a redrawn congressional map, the district currently stretches from Hernando County northwest to the vast retirement community known as the Villages.

Loomer has yet to relocate, though she claims to have found a new residence in Lake County, west of Orlando, where she will be settling later this month. “I do not see how the Republicans there could support someone who moves from South Florida just to run in a primary,” said Steven Tauber, a professor of political science at the University of South Florida. “They will see her as a district-shopper.”

Rick Wilson, a longtime GOP strategist based in Florida, agreed — to a point. “District-shopping is never a pretty look,” he told JI, “but at this point, even a hard-core, far-right conservative like Danny Webster has to look over his shoulder.”

“Loomer may be vile, personally repugnant, wildly immoral and crazier than a latrine rat,” Wilson said, “but Republican primary elections now reward rather than punish that kind of behavior.”

An Arizona native, Loomer attended college in Miami Shores and, following a stint in New York, moved to Palm Beach about three and a half years ago.

Loomer is so far the only challenger in the GOP primary. Last March, Republican state legislator Anthony Sabatini filed to run against Webster, but he diverted course a few months later and is now running to unseat Rep. Stephanie Murphy (D-FL) in Orlando.

Loomer said her campaign manager is Karen Giorno, who worked on her previous bid and before that served as Trump’s chief Florida strategist in the 2016 presidential election.

Following her defeat in 2020, Loomer left the country for a few weeks, hunkering down in El Salvador as she finished working on her new book:  Loomered: How I Became the Most Banned Woman in the World is set to be published this October by the conservative imprint Bombardier.

She announced a second bid against Frankel in February, picking up endorsements from Reps. Marjorie Taylor Greene (R-GA) and Paul Gosar (R-AZ), the controversial congressman whose connection with known white supremacist and Holocaust denier Nick Fuentes has recently drawn scrutiny.

Loomer, however, dismissed such concerns. “I’ve gone to events with Nick Fuentes and Congressman Gosar before,” she told JI. “Look, I’m Jewish, and do I agree with everything Nick Fuentes has said?” she added. “No. Do I think his comments about the Holocaust in the past or some distasteful comments he’s made are, like I said, distasteful? Yes, absolutely. But just because I don’t agree with everything that he says, doesn’t mean that he should be banned, debanked or deplatformed.”

“I consider myself to be a Zionist, and I’m very outspoken and very well-known in the Jewish community,” Loomer went on. “But I’m also a free-speech absolutist, and so I will fight for the free speech rights of people like Nick Fuentes and all others who I may have disagreements with.”

In the interview with JI, Loomer railed against the social media platforms whose prohibitions against her she believes hindered her prospects in the last election, particularly as traditional campaigning was upended by the pandemic.

Still, in her most recent campaign, Loomer managed to garner nearly $2.3 million with high-profile contributions from the likes of Home Depot co-founder Bernie Marcus and former U.S. Ambassador Eric Javits.

“I hope that I’ll receive contributions from everybody who donated last time as well, but we’ll see,” she said. “I’m sure I’ll also expand on my donor list given that I’m running in another district, and it’s more favorable this time, so perhaps people will find it to be a better investment donating to me this time to primary a do-nothing Republican.”

Loomer has pulled in around $100,000, according to the latest filings from the Federal Elections Commission, while Webster has raised just over $200,000.

Jaryn Emhof, a spokesperson for Webster’s campaign, avoided direct references to Loomer’s candidacy in an email to JI on Wednesday, instead noting that the congressman “never takes reelection for granted” and “campaigns hard every election year.” Webster, she said, “is focused on stopping the blatant socialist agenda and complete takeover of Congress by the Democrats and fighting for the values, Constitutional rights and freedoms that make this the greatest country in the world.”