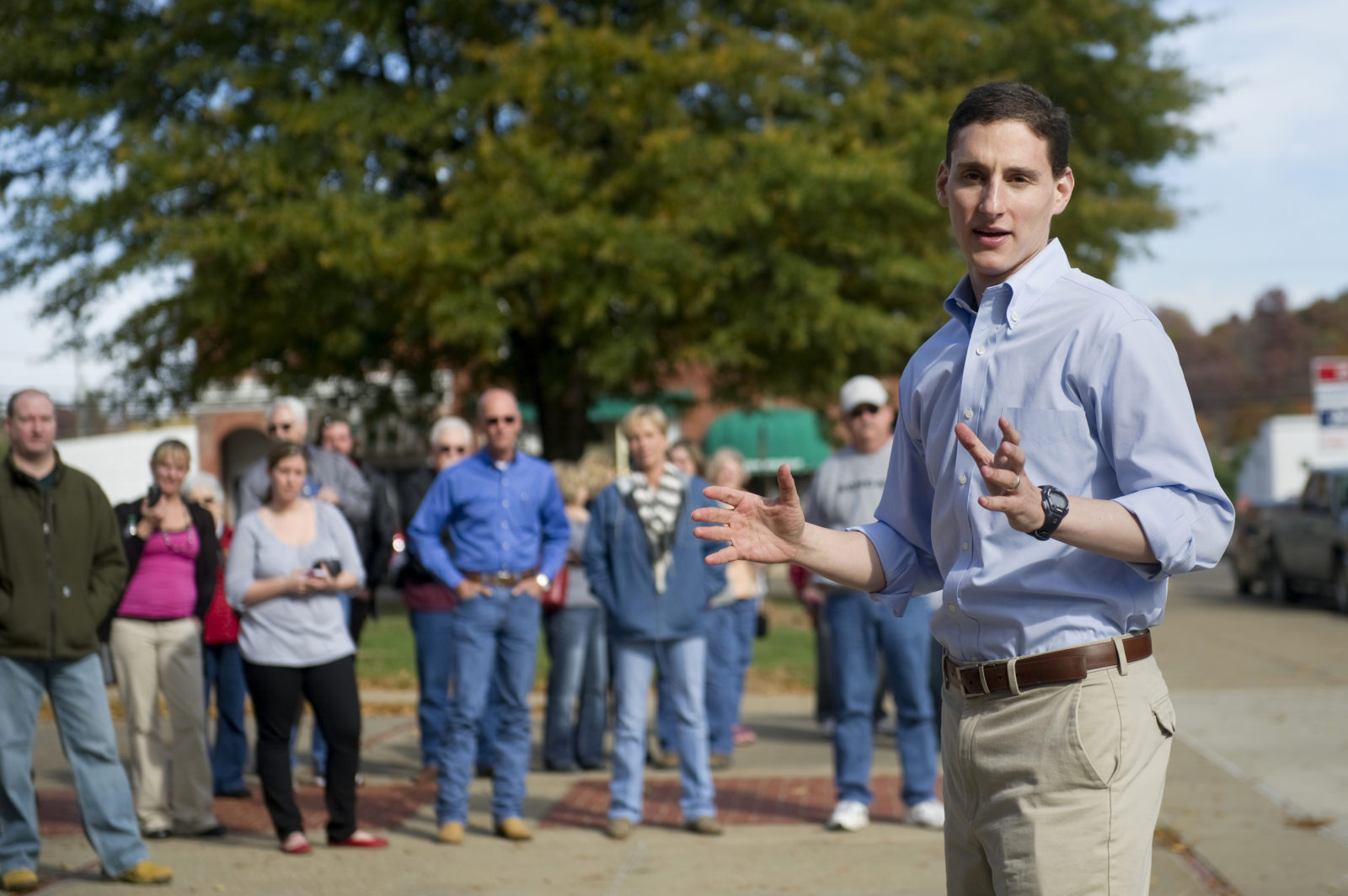 The 43-year old Republican goes for the hat trick, entering a Senate race for the third time

Former Ohio State Treasurer Josh Mandel has long had his eye on the U.S. Senate. The 43-year-old Republican made his first bid for the upper chamber in 2012 in a failed challenge against Sen. Sherrod Brown (D-OH). The following cycle, six years later, Mandel tried again but withdrew from the race citing family health concerns.

Last week, Mandel made clear that he was going for the hat trick when he entered the open-seat race to succeed Sen. Rob Portman (R-OH), who is retiring at the end of his term in 2022. Though Mandel, a Marine veteran, was the first to declare his candidacy in the Republican primary, the race is expected to be a crowded one. Several other Republicans, including Rep. Bill Johnson (R-OH) and former Ohio Republican Party chairwoman Jane Timken, are considering bids.

“Republicans are going to have one of the messiest primaries we’ve ever seen,” said Justin Barasky, a partner at the Democratic media consulting firm Left Hook Strategy who worked as a campaign manager on Brown’s 2018 reelection bid. “There’ll be an opportunity for Democrats to prove themselves as a reasonable alternative.”

Rep. Tim Ryan (D-OH) is expected to enter the race, while Amy Acton, Ohio’s former state health director, is currently exploring a bid. But Mandel insists that he is in a strong position as he enters the race with $4.3 million left over in his campaign account. “I’m confident that we will win the primary and go on to beat Tim Ryan, Amy Acton or whoever the Democrats put up in the general election,” he said.

Mandel, who claims that he entered the race in part because he believes the recent impeachment trial was “unconstitutional,” is positioning himself as a fervent Trump supporter. He avoids acknowledging that the former president lost the election and hopes he will run again in 2024. In a recent interview with Jewish Insider, Mandel discussed his campaign. Edited excerpts follow.

Jewish Insider: Why are you running?

Josh Mandel: I think we need a new generation of conservative leaders in Ohio and in Washington. Unfortunately, there is this cabal of Democrats and Republicans who sound the same, stand for nothing and are more interested in getting invited to cocktail parties than they are in defending the Constitution. And I believe that we need strong America-first senators who are willing to fight for the ideals of economic freedom, individual liberty and constitutional values.

JI: That’s a Trump message. Do you think it will carry enough weight in Ohio given that Trump is no longer in power?

Mandel: I do. You know, Ohio is Trump country.

JI: When you say you’re running to help define the party’s future, are you envisioning that Trump will run again in 2024?

Mandel: I hope he does. I hope he runs for reelection in 2024 — pardon me, I hope he runs for president in 2024. And once again, I’ll be a full-throated supporter behind his candidacy. In Ohio in 2016, I was the first statewide official to support Trump. Late in the fall of 2016, after the Access Hollywood tapes came out and all these Republicans were jumping ship, I stuck with him. And in the 2020 reelection, I was part of a small group called the Trump 500, which is a small group of people around the country who raised over $500,000 for his reelection. I’ve been a strong Trump supporter. I think what he’s done for America, and what he’s done for Israel, is unrivaled, and I’m proud to call him my president.

JI: Have you spoken to him about your candidacy?

JI: Do you believe that Trump lost the election?

Mandel: Listen, I believe that there definitely was fraud in this election, just like there is in every election. And if I were a United States senator, I would have voted with Sen. Ted Cruz (R-TX) and Sen. Rick Scott (R-FL) in delaying the certification of the election to give time for an investigation to ensue. As a Marine Corps veteran who raised his right hand and took an oath to defend the Constitution, I feel like I was also taking an oath to defend the vote of every individual American because that vote and that voice of each citizen is precious, and it’s unique, and it must be protected. And so whether voter fraud occurs to the tune of millions of people, thousands of people or a handful of people, it’s still too much.

JI: What are your thoughts on Trump’s response to losing the election in the lead-up to the Capitol siege on January 6?

JI: What do you make of Rob Portman’s legacy?

Mandel: Rob is a friend and a statesman — and, you know, I was shocked to hear that he was retiring.

JI: Who in the Senate do you feel you have an affinity for?

Mandel: Ted Cruz. Mike Lee. Marco Rubio. Those are some.

JI: Amy Acton, who is being eyed as a potential Democratic candidate in the Ohio Senate race, faced some pretty vile antisemitic threats before she resigned from her position as Ohio’s health director last June. Do you have any comment on that?

Mandel: I didn’t follow those threats specifically, so I can’t speak to them. But I can tell you that I think Amy Acton did a horrible job as the state’s health director. Her numbers and predictions were completely wrong, and she’s the reason why many families in Ohio are facing economic ruin. Her dead-wrong predictions and her big hand of government invading the lives of small business owners and schools has, unfortunately, waged economic ruin on families and severely harmed the education of kids. I strongly and fundamentally disagree with Amy Acton’s shutdowns of family-owned small businesses, family-owned restaurants and schools throughout Ohio.

JI: Let’s pivot to foreign policy for a minute. Are you worried that Biden will reenter the Iran nuclear deal?

Mandel: Very worried. As a United States senator, I would combat every attempt by the Biden administration to empower and enrich Iran. I think that will forever be a stain on the Obama administration. I mean, the Obama Iran deal was horrible for America, horrible for Israel, and dangerous for anyone who believes in peace and freedom.

JI: On fundraising, are you confident that you’ll be able to pull in as much money as you were able to previously?

Mandel: Listen, I’m confident we’ll be successful in raising money, but this campaign is not going to be about money. This campaign is going to be one of the grassroots. We have an army of Trump activists and conservative warriors around the state who are backing my candidacy, and that will help propel us to victory.

Mandel: I guess I would add this: I’m raising my three kids to be proud Americans, proud Jews and proud Zionists. And I am very grateful for the support of evangelical Christians, Jews and others around the state and country who’ve been supporting me and my leadership advancing the U.S.-Israel relationship. One other thing I would say: I’m also proud to have many cousins who live throughout Judea and Samaria, and I believe that Jews have the biblical right to live, build and prosper in every corner of Judea, Samaria and the entirety of Israel.