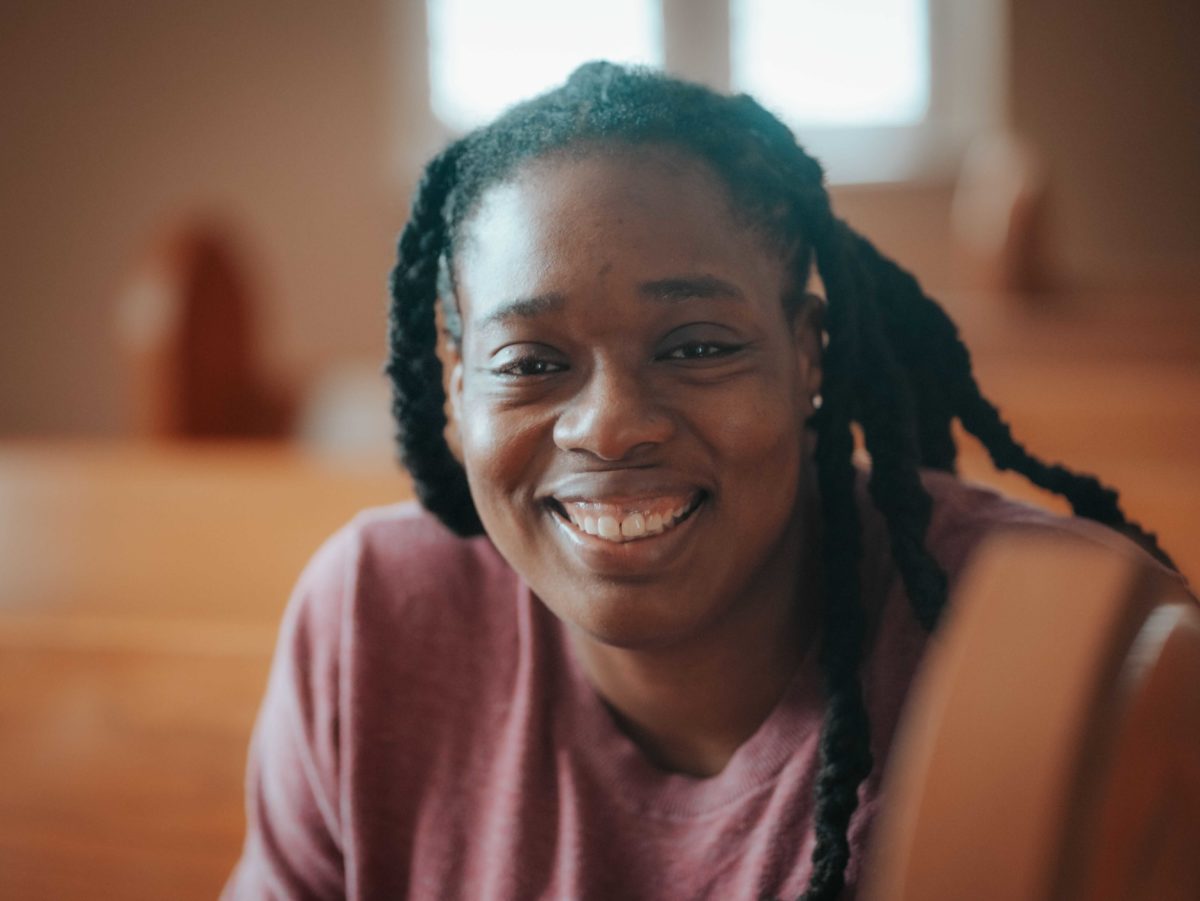 Justice Democrats launched an early warning shot into Middle Tennessee last month when it backed Nashville activist Odessa Kelly in her bid to unseat a House Democrat with deep establishment ties at the state and national levels. As the first primary challenger of the 2022 cycle to have earned an endorsement from Justice Democrats, Kelly is hoping an imprimatur from one of the nation’s leading progressive groups will lend some initial momentum to her fledgling campaign.

“I didn’t want to be one of those people that was just running to get their name out there and have a moral victory,” Kelly, 39, told Jewish Insider in a recent interview. “I want to win this race.”

So far, Kelly’s decision to jump in well ahead of next year’s August primary seems to have paid off, at least financially. Within 36 hours of announcing her candidacy, the nonprofit leader and former civil servant reported that she had raised more than $100,000 for her insurgent campaign to take down Rep. Jim Cooper (D-TN), the fiscally conservative Blue Dog Democrat whose legislative record is in many ways anathema to the party’s far-left flank.

Waleed Shahid, a spokesperson for Justice Democrats, drew a sharp contrast with the moderate congressman while emphasizing Kelly’s grassroots credentials. “Odessa had a long track record in community organizing and delivering results for working families,” he said. “There were so many people in the Nashville area who felt she had the kind of grassroots organizer and coalition-builder approach to politics that they felt like Cooper had never brought to the office.”

Kelly is nevertheless in for a tough fight. Cooper — who has held his current seat since 2003 and previously served in Congress from 1983 to 1995 — remains a fixture in the district and throughout Tennessee. His late father, Prentice, was the state’s governor, and his brother, John, is the mayor of Nashville. While Kelly has never sought public office, Cooper is “a very shrewd campaigner and will likely have significantly more in his campaign coffers,” said Vaughn May, a political scientist at Belmont University in Nashville.

Still, Cooper has shown occasional signs of vulnerability. Just last cycle, he faced a separate challenger, Keeda Haynes, who notably pulled in 40% of the vote in her effort to become Tennessee’s first Black congresswoman — an impressive result despite Cooper’s victory by a relatively comfortable margin of 17 points.

Kelly believes she is better poised to close that gap. “The difference between me and Keeda Haynes is that, first of all, I’m a Nashville native,” said Kelly, who would be the first openly gay Black woman in the House. “I have more name visibility, and I have a long-standing reputation in several communities here in Nashville. People know what I stand for, what I’m about and what I’m going to push for.”

Irwin Venick, a local Jewish activist who worked with Kelly on a poverty reduction initiative in Nashville, agreed with that assessment. “Odessa Kelly is probably better known in the community,” he observed. “I think that she is going to be a formidable opponent.”

The congressional hopeful began her career as a city employee with Nashville’s department of parks and recreation, where she worked for 14 years before pivoting to the nonprofit world. “I got paid to play with people all day,” she said. “We were the one part of the government people were happy to see.”

But the job was also dispiriting for Kelly. “I dealt with people every day who were just struggling,” she recalled. It was an experience that drew her into activism with an interfaith coalition called Nashville Organized for Action and Hope. Working on housing issues with local faith leaders, Kelly recalled witnessing the ways in which development, for better or worse, was reshaping Nashville, which is among the fastest growing cities in the country.

In 2016, she co-founded a nonprofit advocacy group, Stand Up Nashville, that would go on to negotiate a landmark community benefits agreement guaranteeing affordable housing and other services at the site of a new soccer stadium.

When the pandemic hit, laying bare a broad array of inequalities, Kelly pondered whether she could direct her experience to shape public policy. “How do you keep expanding on being a better civil servant?” she recalled wondering. “I decided to run for Congress.”

“Every city, every metropolitanized area, is going through the same issues,” said Kelly, going on to list some of the problems that motivated her House bid. Bemoaning what she described as a “corporate takeover of the state,” Kelly warned of the influx of tech giants like Oracle, which recently received approval for a major development plan in East Nashville. “That’s going to have large implications on gentrification and jobs and who’s going to be able to actually get these jobs and work them,” said Kelly.

Her platform includes several popular proposals in the progressive policy agenda, like the Green New Deal and Medicare for All. Police reform, a subject of intense debate among House Democrats, is another area of concern for the Nashville native, though she avoided direct references to defunding the police when asked for her stance on the matter.

“When it comes to police, we definitely have to rethink what safety is. It’s definitely not working for Black people, how we define it today. But I think it’s more nuanced than that. At the same time, I pay tax dollars, too,” she said. “If we do call the police, they need to come and protect and serve in the same way as they do in any other community.”

As for matters of international interest, Kelly underscored that foreign policy isn’t her “top issue” at the moment, while adding: “I’ll approach any issue, anything dealing with foreign policy, through a human rights lens. I support freedom and justice for people here in the United States just as I do across the world.”

That frame, she suggested, influences her belief that the United States should condition aid to Israel — a view that is also held by two other progressive challengers who have earned endorsements from Justice Democrats this year. “I would be in favor of conditioning aid for the reason that I believe that no U.S. dollars should go toward infringing on anyone’s human rights,” she said, without going into specifics. “That’s anywhere that U.S. dollars are going, not just in Israel but Saudi Arabia and other places as well.”

Kelly says she is in favor of a two-state solution to the Israeli-Palestinian conflict and opposes the Boycott, Divestment and Sanctions movement. She has never been to Israel but said she would be eager to go if elected. “I would like to see the holy sites there,” said Kelly, who notes on her campaign website that she is a member of Nashville’s historic Mount Zion Baptist Church. “I am Christian, but I’m not a holy roller like my mom,” she explained. “I’m a typical Southern girl.”

Despite a locally focused campaign, Kelly’s congressional bid has drawn national attention — and with it added scrutiny — thanks to her affiliation with Justice Democrats. Shortly after she announced her candidacy, Fox News, having combed through Kelly’s old social media posts, dug up a potentially damaging finding: that she had attended a speech by Louis Farrakhan, the antisemitic Nation of Islam leader. “Currently @ Jefferson St. Baptist Church, waiting to hear Louis Farrakhan speak,” Kelly wrote in an April 2012 Facebook post that is no longer publicly available. “These bros in the bowties#BIG TIME SWAG! WE ARE A BEAUTIFUL PEOPLE.”

But Kelly, who claims Fox’s reporting was “distorted,” says she has no affinity for Farrakhan, who railed against accusations of his antisemitism at the church event, according to an account published in The Final Call, the Nation of Islam’s official newspaper. Kelly said she was unaware that Farrakhan would be speaking at the gathering she had assumed was a rally for Trayvon Martin, whose fatal shooting a month or so earlier had spurred a series of nationwide demonstrations. “The next thing I know, Farrakhan is crossing my path,” Kelly recalled.

“Since that time, I’ve started paying more attention to political figures and becoming more politically engaged,” Kelly told JI. “The murder of Trayvon Martin triggered that for a lot of people in my age group, and that’s when I started paying more attention to the things that Farrakhan was saying. I’ve learned about a lot of the antisemitic things that he’s saying, and I in no way condone that whatsoever. As a gay woman, he [goes] hard on gay people 24/7. So I understand how people have sensitivity there.”

With the primary season still in its early stages, Kelly remains the only other candidate in the race as she works to build out her campaign infrastructure and solicit donations. “I’m not independently wealthy,” she said. “I wanted to make sure that I run a real race.”

But because Cooper faced something of a formidable challenger last cycle, it is possible that another contender, sensing opportunity, will jump into the race, syphoning support from Kelly. “The assumption is that she’s going to have a free ride,” said Bruce Oppenheimer, a professor emeritus of political science at Vanderbilt University. “I think if she does not look like a strong candidate, someone else will jump in.”

For his part, Cooper welcomed such challengers in a statement to JI. “Competition is good,” he said. “During the last election six months ago, I got a record 250,000 votes and I am grateful for the support of the community.”

As the city emerges from the throes of a devastating pandemic, Cooper is casting himself as an old hand capable of delivering on the promises of the Biden administration.

“My work in Congress is not done,” he told JI. “We are making real progress under the Biden administration, bringing home huge dollars for everyone in the Nashville area, rolling out vaccines and even starting to cut childhood poverty in half. I am helping Nashville’s schools and businesses reopen safely. And Speaker Pelosi just gave me the high honor of a seat on the Intelligence Committee, where I protect our nation’s secrets and help keep our country safe. I continue to serve on the House Armed Services Committee, helping ensure we give support to our allies worldwide.”

Fred Zimmerman, a pro-Israel advocate in Nashville, has known Cooper for decades and described him as an attentive leader in the district. “He’s a known quantity, and people generally like and respect him. He’s not a flashy attention-getter. I guess you’d call him the classic policy wonk,” Zimmerman told JI. “As far as the issues that are important to the Jewish community, Jim has always been terrific. He really has.”

But while Poster said he has enjoyed his relationship with Cooper, he also reserved praise for Kelly, with whom he has worked closely on a number of social justice issues throughout the years.

“What we now have is another candidate who has spent her entire life focused on the needs of those people who have less,” Poster said. “Adding her to our conversation will bring light to issues we should be talking about in Nashville.”