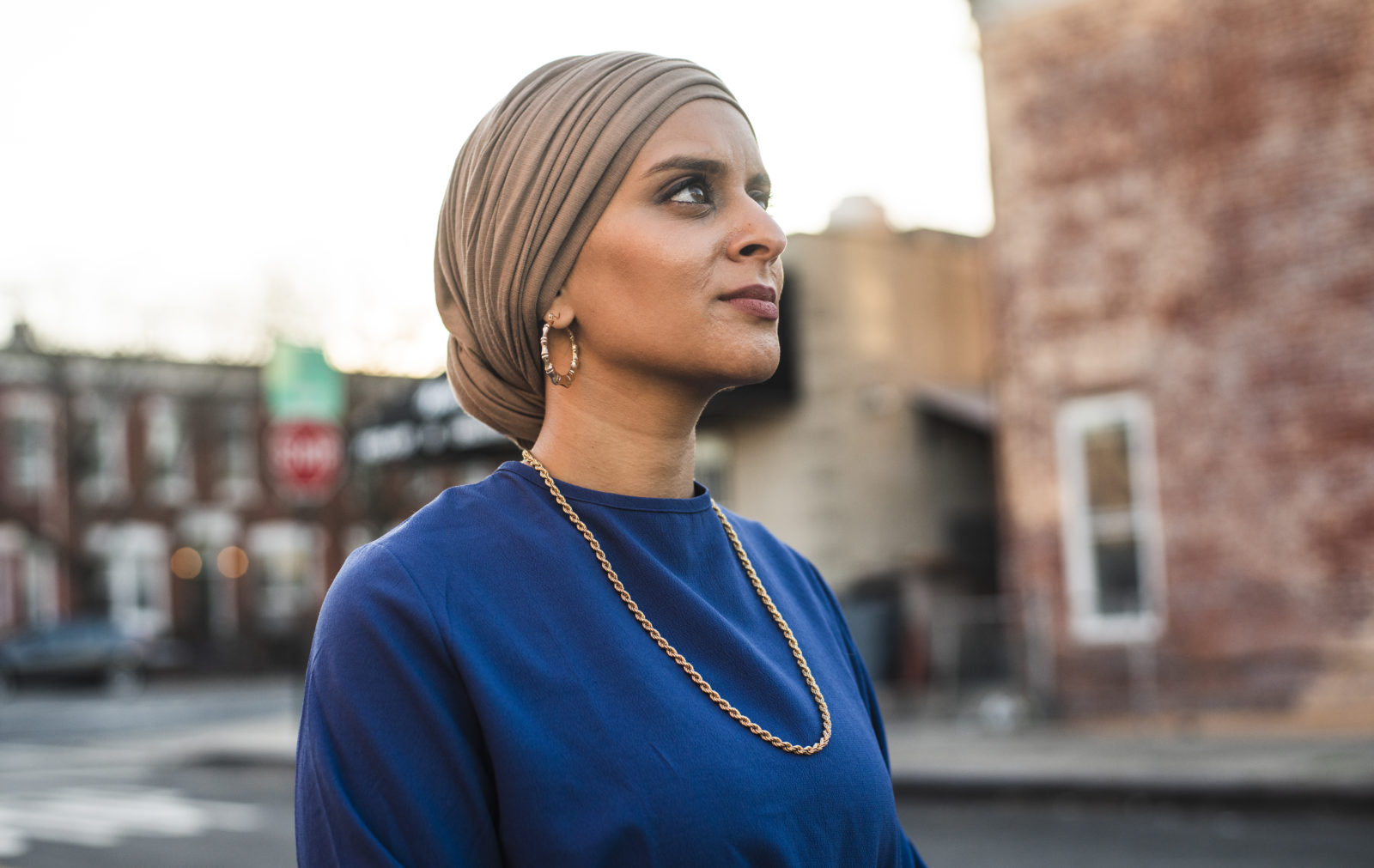 Earlier this month, Rana Abdelhamid, a 27-year-old community organizer who works at Google, drew on a now familiar maneuver in the progressive playbook when she launched her campaign to unseat a long-serving New York congresswoman, Carolyn Maloney (D-NY), in the upcoming 2022 Democratic primary.

Backed by Justice Democrats, the formidable left-wing political organization, Abdelhamid is betting that she can replicate what several progressive challengers have accomplished in recent years. Justice Democrats has helped elect seven new members of Congress since 2018, and New York in particular has proven to be a dependable testing ground as insurgent primary opponents like Reps. Alexandria Ocasio-Cortez (D-NY) and Jamaal Bowman (D-NY) have pulled off surprise victories over deeply entrenched Democratic incumbents.

Now, Abdelhamid believes she can complete the hat trick in her home state. The Queens native weaves a compelling personal narrative in her slickly produced first video ad, detailing the financial struggles of her Egyptian-born parents while recounting a traumatic incident from her teenage years when a man tried to snatch her hijab as she was walking down Jamaica Avenue.

“I remember the hate in his eyes,” Abdelhamid recalled in a recent interview with Jewish Insider. “I remember feeling completely isolated and alone.” As a black belt in karate, however, Abdelhamid overcame her sense of helplessness and deflected the grab. “I was kind of in a search for safety and healing after that moment,” said Abdelhamid, who went on to found a nonprofit, Malikah, which trains women in self-defense.

Since entering the race two weeks ago, the martial arts expert — a graduate of Middlebury College and the Harvard Kennedy School — has worked aggressively to put Maloney, 75, on the defense, arguing that the 15-term congresswoman is out of touch with her constituents. “It’s clear that the majority of voters want a progressive change,” said Abdelhamid, who is mounting her first bid for public office, and centers her campaign around housing, racial justice and affordable healthcare, among other issues. “They’re ready for a new generation of leadership.”

“It is not surprising that Congresswoman Maloney would get another challenger,” said Hank Sheinkopf, a veteran Democratic consultant in New York. “She is everything that the left does not particularly care for.”

While Maloney, who is the first woman to chair the powerful House Oversight Committee, has fended off challengers in recent cycles, Abdelhamid claims that the congresswoman’s failure to clear the 50% threshold in last year’s primary makes her uniquely vulnerable.

That dynamic is likely to draw more challengers to the race, including Suraj Patel, the former Obama staffer who fell short of unseating Maloney by just under four percentage points in 2020. He intends to run again this cycle, but has yet to announce his candidacy.

“Rana’s announcement just further solidifies the fact that a majority of people in our district are ready for change in our representation,” Patel told JI in an email, adding: “I welcome Rana’s voice to the race but I plan to continue to fight for my district and represent it.”

Abdelhamid, however, wasn’t so solicitous, and seemed eager to position herself as the lead — and perhaps sole — opponent in the race, suggesting that Patel should stay on the sidelines this round.

“I really think that there is a desire for someone new and someone who’s going to be able to consolidate progressives and excite progressive organizations, which is what I’ve been able to do with the backing of Justice Democrats,” she said, “and what I hope to do as I continue to build relationships with organizations across the district.” 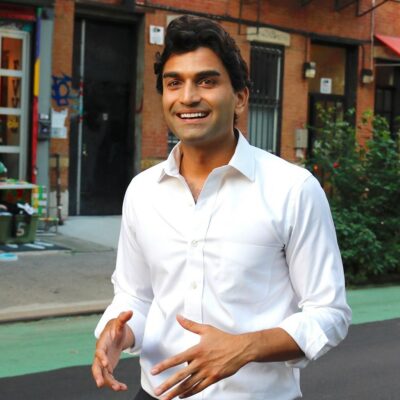 While Abdelhamid has yet to pick up major support from national progressive trendsetters like Ocasio-Cortez or Sen. Bernie Sanders (I-VT), she appears to be gaining traction at the local level, having earned an early endorsement from Brad Lander, an influential progressive councilman who is now running for comptroller.

“She’s a dedicated organizer, deeply rooted in community and focused on winning progressive policy change to confront the climate crisis, fund our schools and win Medicare for all,” said Lander, who met Abdelhamid through her self-defense work, which his office supported through participatory budgeting. “Rana is a leader we need to help win the inclusive, multiracial democracy we all deserve.”

Maloney, whose district encompasses the East Side of Manhattan as well as pockets of north Brooklyn and western Queens — though the boundaries are liable to shift after an impending redistricting — avoided any mention of the race in a brief statement to JI.

“Right now I am working for the district,” she said. “I’ve worked hard to deliver $100 billion for New York City by passing the American Rescue Plan. And as chair of Oversight, I marked up over $350 billion of the funding nationally for cities, states, territories and tribes that was included in the ARP.”

But Abdelhamid’s entry seems to have caught the attention of New York’s Democratic establishment. On the day she announced her candidacy, Jay Jacobs, the state’s party chair, wasted no time hitting back. “This challenge is not about progressive causes,” he said in a heated statement. “This challenge is about one thing: power.”

The statement, which went viral, appears only to have emboldened Abdelhamid and her supporters. Just 10 hours after she entered the race, Abdelhamid managed to raise more than $100,000, a boost her campaign attributed to Jacobs’s “unhinged” press release.

“When moments like this happen, I root myself in the vision for why we’re building this campaign,” Abdelhamid said, “which is creating a district, creating a country, creating a city that brings together a diverse coalition of communities, of organizations, for having justice for all, Medicare for all, a Green New Deal, so that we can all feel safe.”

Though Abdelhamid casts Maloney as her polar opposite, they are in alignment on several significant domestic issues, including Medicare for All and the Green New Deal.

There are sharp contrasts, though, on foreign policy matters. Maloney, for example, voted against the Iran nuclear deal in 2015, whereas Abdelhamid supports rejoining the agreement. While Maloney is regarded as a stalwart in the pro-Israel community, Abdelhamid, who supports conditioning aid to Israel, positions herself as a critic of the Jewish state, in keeping with Justice Democrats’ platform, which previously labeled Israel a “human rights violator.”

“I’m someone who would support conditioning aid to any country that’s in violation of our values, whether that’s Saudi Arabia, Egypt or Israel,” Abdelhamid said, speaking approvingly of a new bill introduced by Rep. Betty McCollum (D-MN) that seeks to restrict U.S. aid to Israel. “The Israeli government has made it more difficult for us to see our goal for a two-state solution.”

Traveling through Israel and the West Bank as a graduate student at Harvard, where she received a master’s in public policy between 2015 and 2017, Abdelhamid said she came to appreciate the importance of advocating for a resolution to the Israeli-Palestinian conflict. Though she witnessed “a lot of pain and suffering and sadness,” she concluded that it was ultimately “encouraging to be able to see the levels of advocacy and engagement in civil society that exist.”

Abdelhamid, who said she was open to visiting Israel again as an elected official, made clear that she does not support the Boycott, Divestment and Sanctions movement, while expressing her opposition, on First Amendment grounds, to legislation that suppresses such political expression. “I have a different set of tactics for addressing the occupation,” she said.

Abdelhamid is a member of the Democratic Socialists of America, whose New York City chapter last summer distributed a controversial questionnaire asking that local candidates pledge not to visit Israel if elected.

“I understand that DSA has very particular views on this issue,” said Abdelhamid, distancing herself somewhat from the survey, which caused an uproar in the Jewish community. “Many members of DSA have very diverse perspectives from the leadership and from their goals, and so, I think that the questionnaires reflected what their leadership prioritized at the time and what their tactics and strategies are for trying to see peace in the region.”

But Abdelhamid also sought to emphasize that she was more concerned with local issues. Having been targeted because of her religion, the practicing Muslim, who supports defunding the police, stressed her commitment to raising awareness around rising incidents of antisemitic hate crimes as well as anti-Asian violence. “It’s important for us to also amplify the general progressive issues that matter from a domestic perspective to our constituents, including safety and security,” said Abdelhamid, who has worked with groups like Sisterhood of Salaam Shalom, which fosters ties between Muslim and Jewish women.

“When I talk to Jewish voters, a lot of them also care about housing, education, health care,” Abdelhamid added. “Israel oftentimes doesn’t even come up.”

Pro-Israel advocates, however, are no doubt keeping tabs on the race. A prominent pro-Israel strategist told JI that Maloney will likely receive significant support from the pro-Israel community as Justice Democrats, which has poured hefty independent expenditures into previous campaigns, works to boost Abdelhamid in the lead-up to the primary.

Not that Maloney is expected to have trouble padding her war chest. Last cycle, she pulled in more than $3 million, according to filings from the Federal Election Commission, and she is currently sitting on $387,000 in campaign contributions. Unlike other Democratic incumbents who have recently been felled, like former Rep. Eliot Engel (D-NY) in the Bronx, Maloney isn’t complacent, according to George Arzt, a political strategist who has worked for the congresswoman during prior election cycles.

“I don’t know of any congressperson who works as hard as she does,” he said, pointing to Maloney’s efforts to secure funding for the Second Avenue subway as well as her work in support of first responders after the September 11 attacks. “She’s very hard-driving.”

But Abdelhamid seems equally energized by the challenge of taking on a longstanding incumbent, indicating that she is hard at work building a grassroots initiative while abjuring donations from corporate PACs.

The congressional hopeful saw no downside to announcing her candidacy just two days after the beginning of Ramadan, the Muslim month of daily fasting and nightly prayer which ends this year on May 12. “I have very little sleep,” said Abdelhamid. “But we’re holding it down.”

“Rana really wanted to run as soon as possible and start getting her name out there and raising the resources to have a staff and campaign infrastructure,” said Waleed Shahid, a spokesman for Justice Democrats. “If we’re going to beat a 28-year incumbent, we’re going to need a candidate who can unify progressives and offer a clear contrast with Maloney.”