Pompeo weighs in on Afghanistan and Milley’s China backchannel

The former secretary of state calls Trump administration's agreement with Taliban a 'guidepost,' not a binding document 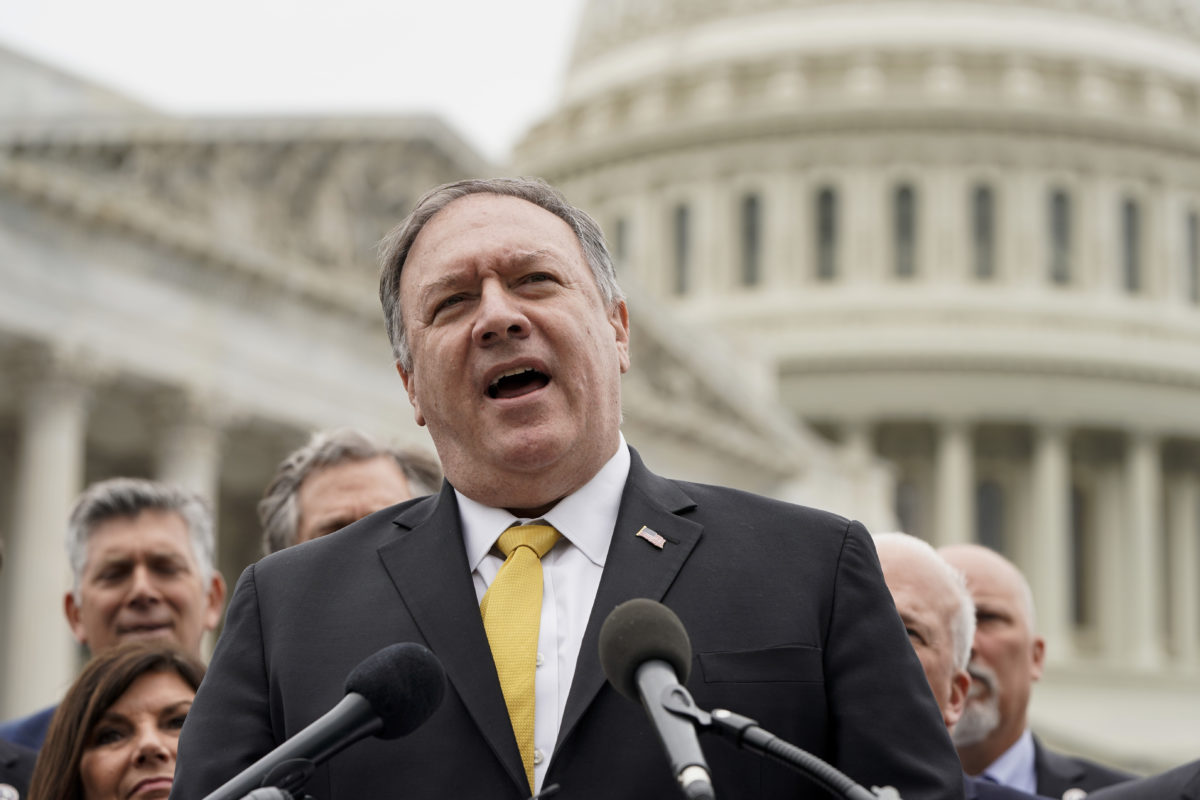 Former Secretary of State Mike Pompeo joined Jewish Insider’s “Limited Liability Podcast” co-hosts Richard Goldberg and Jarrod Bernstein to discuss the state of U.S foreign policy, including the withdrawal from Afghanistan, negotiations with Iran and the Biden administration’s plans to reopen a consulate in Jerusalem to handle Palestinian affairs.

Defending Trump: Pompeo, who served as the country’s top diplomat from 2018-2021, defended the Trump administration’s Afghanistan policy, arguing that negotiations with the Taliban were aimed at forming a common understanding, not signing a binding document. “We did that all the time, knowing that a piece of paper mattered as a guidepost, but not as an operational document,” Pompeo said, “As we began to deliver on President [Donald] Trump’s commitment to draw down our uniformed military personnel there in Afghanistan, we were always mindful we had multiple objectives, not the least of which was to ensure that the United States wasn’t attacked from that place again. We managed that process for four years. We did so incredibly effectively. Didn’t have a single American attacked for the last couple years of our administration, not because of a negotiation or a piece of paper, but because of a set of understandings we had, some of which were documented in that deal.”

Appeasement: “It is difficult to discern precisely what their [Middle East] policy is,” Pompeo said of the Biden administration. “You have to default to the idea that this administration, just like the Obama administration, actually believes that they can convince Iran to be a stabilizing influence in the Middle East. I think that’s crazy….Their policy looks to be that same one of appeasement, we can just buy them off, we’ll send them money and they’ll slow their nuclear program down. That is very dangerous for the State of Israel and is a danger for the Gulf state coalition that we built alongside of Israel to isolate Iran in a way that [it] had never been isolated before.”

Religious organization: Asked if the Iranian regime is a “rational actor,” Pompeo pointed to the fundamentalist rhetoric employed by the government. “This is a religious organization. They are on a religious jihad for the destruction of the State of Israel and the big devil [the U.S.] as well. The leaders are evil. This is ideological,” he responded. “Look at the tactical level, they make decisions. When we struck Qassim Soleimani, their response wasn’t what many had feared — that there would be a major conflict between the United States and Iran. We were convinced that we had containment in a way that prevented that. So you could argue that’s rational as a tactical operational matter. But you can’t rationalize the antisemitism. You can’t. You can’t rationalize their desire to destroy the freedom of every one of their people and the human rights of every Iranian. Those aren’t rational leaders, those are people who are protecting their own power.”

Legal opinion: Asked about the Biden administration’s plan to reopen a consulate in Jerusalem to liase with the Palestinians, Pompeo, who in 2018 consolidated the Palestinian affairs bureau into the U.S. Embassy in Jerusalem, argued that the administration lacked the legal authority. “I think it’s illegal,” Pompeo said. “We don’t have consulates in the same city we have embassies anywhere in the world.” Asked if a future Republican president would reverse such an opening, Pompeo, considered to be a possible 2024 presidential candidate, called the issue nonpartisan. “I think every president needs to commit to it… It’s unnecessary and counterproductive, and I think, frankly, sends the wrong signal to the Palestinians as well. It signals to them [that it’s] back to business as usual, back to the kleptocracy, and ‘pay to slay’ and all the horrors that the Palestinian leadership and the West Bank [has] imposed on its own people as well,” he said, invoking a term used for the Palestinian Authority’s payments to families of individuals who commit terror attacks against Israelis.

Abraham Accords: Pompeo, who helped oversee the signing of the Abraham Accords in September 2020, said the Trump administration was close to convincing more countries to join before leaving office. “What will it take for the next nation to make that decision? For a capable leader to make the right choice for his country. They have to know that America is going to be supportive of that effort. And I don’t see the conditions for that today. We just talked about this administration’s Iran policy. It would be increasingly difficult for another country to sign onto the Abraham Accords, conceptually, when the United States is playing footsie with Israel’s archenemy.”

Palace intrigue: Asked about reported calls between Chairman of the Joint Chiefs Gen. Mark Milley and a top Chinese military official in the closing weeks of the Trump administration, Pompeo described the calls as “nothing, per se, troubling.” But the former secretary of state characterized Milley’s admission that he would warn Beijing if the Trump administration decided to launch an attack as “mind-boggling,” adding, “If he undermined the president of the United States that way, he’s got to be fired, he should certainly resign himself. We need more clarity about what’s actually said.”

Bonus: Favorite Yiddish word? “I think my son would tell you, it is kvetch.” How many bottles of ‘Pompeo’ wine [created for him by an Israeli winemaker] has he consumed? “I can’t tell you how much it meant to me. Because the State of Israel is such an important part of my life as a Christian evangelical. To think that someone would honor me in this way is just, you know, for me, that’s really something.”