The Naval petty officer who found her rabbinic legs at sea 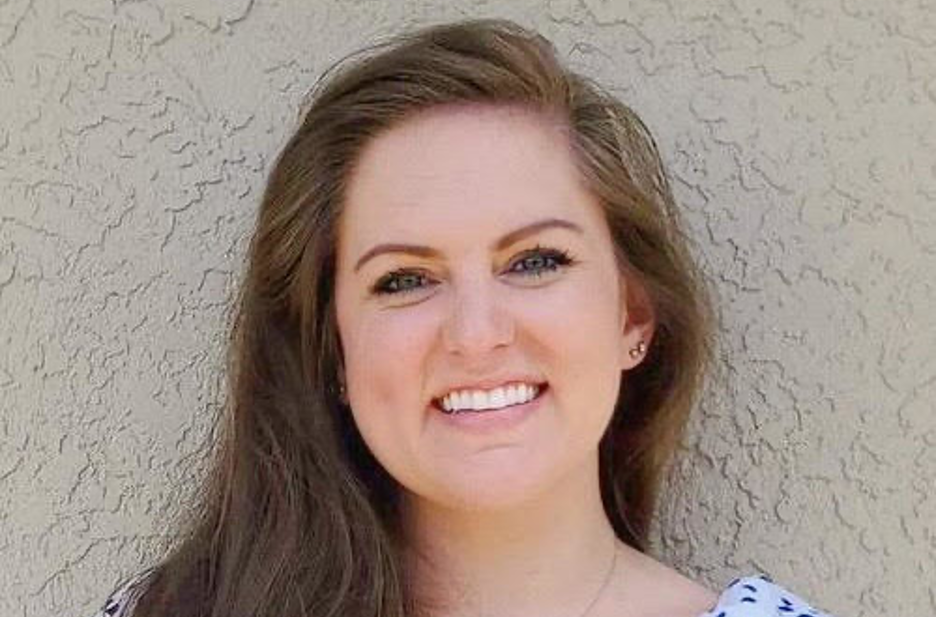 The Navy’s recruiting poster proclaims, “Join the Navy and See the World.” Kanaan Goldstein joined and the native of Norman, Okla., not only saw the world, she found her calling.

“I loved it,” she said of the six years she served in the Navy, five of them aboard the USS Wasp based in Norfolk, Va.

“I had beautiful relationships, saw the world, met people from all different walks of life and learned things about myself,” Goldstein, 29, told Jewish Insider in a Zoom interview. “I decided I wanted to become a Jewish lay leader and to lead services on the ship. I became qualified to do that and when we went out to sea, I would go to the chapel, turn around the little Jesus and transform it from a Christian to a Jewish space.”

Goldstein was soon given the go-ahead to conduct Shabbat services on Friday evenings.

But there was one problem – there was only one other Jewish sailor onboard. The service morphed into Torah study, but quickly became a safe space for others on the ship to come and speak with her about whatever was on their minds. There was no other space for those kinds of discussions on the ship.

“We had prayer books, but this became a place for human connection,” said Goldstein. “And it was through this thing we created that I was feeling extremely fulfilled. People would come to me during the week and say, ‘I need to talk to you about something.’ I was connecting with them.”

In the Navy, Goldstein explained, “everything was, ‘go, go, go,’ and there was no time to slow down. It was with that realization that I found I was getting something from this, and it was then I realized I wanted to be a chaplain in the Navy. To do that, I had to become a rabbi.”

After completing her six-year Naval tour, during which she served as the fire control technician responsible for the operation and maintenance of advanced electronic equipment dealing with guided missile systems and underwater weapons, she enrolled in the Reconstructionist Rabbinical College in Wyncote, Pa. Because of the pandemic, all classes last year were held virtually; she plans to attend in person this year. Earlier this month, Goldstein was named a 2021 Tillman Scholar, the first rabbinical student to receive the prestigious honor since the scholarship was founded in 2008. She is one of 60 veterans, U.S. service members and military spouses named this year.

The scholarship assists with academic expenses and can be used for tuition and fees, living expenses and books. It was awarded by the Pat Tillman Foundation, which was established for the professional football player after his death in 2004 while serving with the 75th Ranger Regiment in Afghanistan. (Tillman left a thriving football career with the Arizona Cardinals in the wake of the Sept. 11 attacks.)

Goldstein entered the Navy with her parents’ permission at the age of 17. She had decided to enlist a year earlier after meeting with a Naval recruiter who came to her high school.

“He gave me a beautiful speech about having control of your life, discipline and great adventures,” Goldstein said. ”I began going to meetings of the delayed-entry program and hanging out at the office. My grandfather and an uncle had both served in the Navy, and I saw the Navy as a place where I would have independence. In the Navy I would do my own thing.”

She entered boot camp in September 2009 shortly after graduating high school. After serving her six years in the Navy, attaining the rank of petty officer, second class, Goldstein returned home to attend four years of college at the University of Oklahoma, in her hometown, where she majored in psychology and Judaic studies.

After graduating, she spent one semester studying at the Hebrew University in Jerusalem. She then moved to Syracuse, N.Y., where she worked as a Hillel engagement specialist at Syracuse University, one of the country’s top schools for veterans, where she had a chance to connect with students who had served.

In 2019 she met Curtis Kuhlman, a petroleum engineer, and they have been in a relationship ever since. Kuhlman is not Jewish, Goldstein said, and practices no religion. The two now live together in Yukon, Okla., and plan to marry one day.

Goldstein chose to affiliate with the Reconstructionist Judaism movement and enroll in its seminary, because she felt it was “the only school for me because it is aligned with my values as a human being. Its policy on interfaith relations, Jewish blood lines, attitudes towards inclusivity and diversity – it made me feel that this is the school where I belong.”

She added that the Reconstructionist Rabbinical College is the only rabbinical seminary that would accept her application because of her relationship and her belief that he does not need to convert to Judaism.

“We have agreed to live a Jewish life with Jewish values,” she said. “With most other schools you are not allowed to be in a relationship with a non-Jew. And I want to be able to ordain marriages between interfaith couples and same-sex couples. Love is love.”

Goldstein plans to graduate in 2025. She aspires to “be in the Navy Reserves as a Naval chaplain, and to work as a chaplain during the week with a police department, hospital or any place that might need a chaplain.”

There are now 22 Reform, Conservative and Orthodox rabbis serving as reservist chaplains in the U.S. Army, Navy and Air Force who are accredited through the JWB Jewish Chaplains Council, according to Rabbi Tracy Kaplowitz, its director of operations.

“Their calling as rabbis is to serve beyond just Jews,” she said. “They want to serve Americans.”

For now, Goldstein is looking forward to rabbinical school, which is something of an extension of the path to self-discovery she found in the Navy. “Ninety percent” of the seminary classes, she said, “is learning about yourself. I want to continue that journey and welcome all the things I didn’t know.”