Jonathan Chait on the Israel debate and left-wing antisemitism 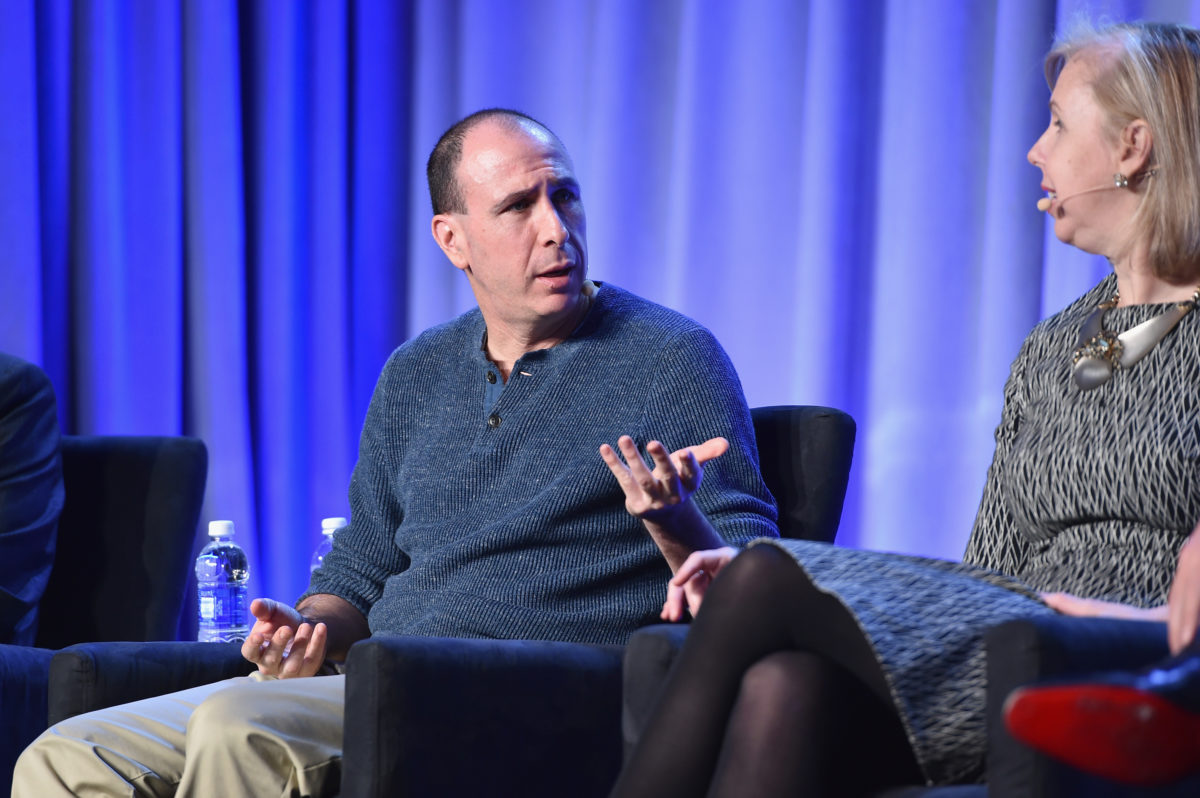 Chait discussed that dynamic and more in an interview with Jewish Insider on Friday. The conversation has been edited for length and clarity.

Jewish Insider: In your column, you hit on a point that is not often made, which is that the left and right seem to change places on the racism debate when Jews are involved. Do you have any thoughts on why the left might be more skeptical about claims of antisemitism?

JI: You mention Jeremy Corbyn, the former British Labor Party leader who has been accused of antisemitism, in your piece. It seemed as if lot of British Jews associated with Labor felt gaslit by the experience of being told Corbyn’s statements weren’t antisemitic or that he wasn’t an antisemite. What do you make of that?

Chait: I would argue that the kind of radical politics that Corbyn was trying to advance as a Labour Party model not only allowed but maybe even required defending the antisemites. I think Corbyn’s strategy really was, and always has been, “no enemies to the left.” He was just going to open his door to as far left as you wanted to be. He was not going to shut you out. And on the far left, you have some real antisemites. What’s more, you have a mode of discussing the Middle East that just lends itself very, very easily to antisemitism, and the farther out you get on the extreme the harder it is to distinguish the policies from antisemitism. It doesn’t become impossible, but once you get out into “Zionism is racism” territory — it’s just, so many people who believe that are antisemites, and it’s harder and harder at some point to conceptually distinguish that from antisemitism, maybe not impossible. So I think Corbyn’s political model was, ipso facto, a decision to bring antisemites into the coalition and to defend them.

JI: Does that carry over to American politics?

Chait: In a weaker and paler way. I think the thing that really excited a lot of radicals about Bernie Sanders, number one, was the fact that he used socialistic language and concepts in his rhetoric, even though he often just meant it metaphorically, not literally — but also that he had this “no enemies to the left” strategy. Bernie himself has always been, I think, pretty mainstream on a lot of these issues. Certainly, he’s a political liberal, he’s a free speech liberal, he’s not a illiberal leftist on matters of speech. And on Israel, he’s certainly much more pro-Palestinian than most Democrats. But he always recognizes the humanity of both sides. However, he does bring in to that coalition a lot of people who are further to the left, and I think maybe a little — or even a lot — less careful about recognizing the humanity of both sides and drawing a line against antisemitic discourse. So I think, on the edges of this coalition of people who were supporting him or were welcomed as his supporters, you have some people who really pushed the rhetoric in edgy and sometimes dangerous ways, even though he himself, I think, doesn’t engage in that at all.

JI: Do you think there’s any deeper reason, beyond partisanship, why the left can be dismissive of charges of antisemitism?

Chait: What people said about Corbyn is that, because he’s such a doctrinaire Marxist in his thinking, he really can’t think of Jews as being a category of people who would be on the receiving end of discrimination, because he thinks of them as being wealthy and therefore privileged and therefore in the oppressor category and not the oppressed category. I think it’s a bad idea to divide people into oppressed and oppressor classes, but given that’s what you’re doing, the Jews can wind up on the wrong end of that formula if you’re kind of on the doctrinal left. So I think that is a little bit of a mental block some people on the far left have with recognizing antisemitism. But that said, I do think that most leftists recognize that antisemitism is a thing. I don’t think they really are going to just say, “Well, you’re Jews, you’re rich, therefore, you can’t be a victim of any prejudice.” That’s really not a left-wing view.

JI: What are your thoughts on accusations that Israel is an apartheid state?

Chait: I think calling Israel an apartheid state is a controversial position. I don’t think it’s an antisemitic one, and I don’t think it’s an indefensible one at this stage. When the Israeli government has made it pretty clear that they’re just not willing to take any steps toward a two-state solution, I think we’re kind of past the point where you could just say, “Well, they’re just waiting for the right moment to negotiate the two-state settlement.” I just don’t think their interests should be taken seriously, and if you accept that their plan is just to hold on to Palestinian land without giving Palestinians equal rights forever, that’s pretty close to an apartheid system. Now, the objection is that it’s not an apartheid system within Israel, which is fair enough, but it is in Gaza and the West Bank.

JI: Does the recent uptick in antisemitic vandalism and violence we’ve seen over the past few days change the debate at all when it comes to the Israeli-Palestinian conflict?

Chait: I think the way to think about that is just the simplistic, banal, but true precept that hatred breeds hatred, and radicalism and extremism breed radical and extremism. I think you can easily look at those events, if you’re a critic of Israeli policy, and say, “It’s awful that Israeli policy has helped breed radicalism among Palestinians and radicalism among Palestinians has led to this antisemitism, which is itself helping to reinforce perversely hawkish policies among Jews in Israel.” It all just seems to feed on itself.