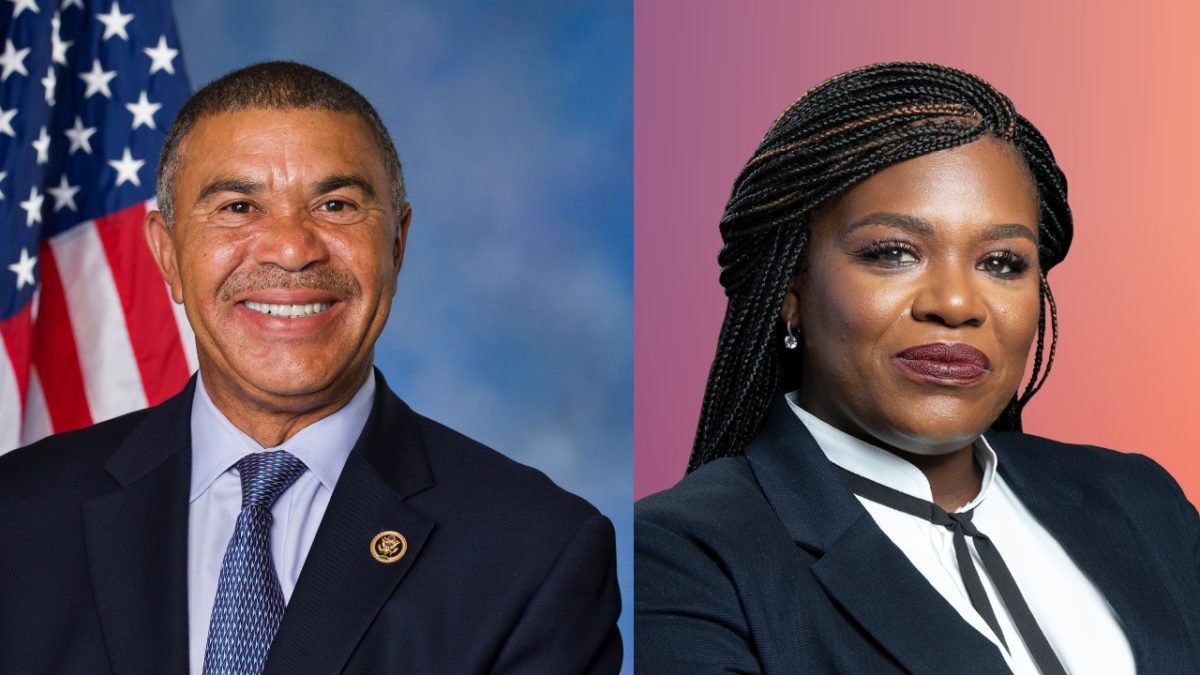 The mailers come as Clay, who has represented parts of St. Louis and its northern suburbs — including University City and Clayton, which have significant Jewish populations — since 2001, faces a serious threat from Bush, who challenged the sitting congressman in 2018 but lost by nearly 20 points. Looking for a rematch, Bush has increased her fundraising efforts and outspent Clay in advertising, including a major blitz in the campaign’s final week.

The mailer hit mailboxes at the end of last week alongside a spate of other pro-Clay and anti-Bush mailers, according to Marquis Govan, a local student who received the mailer and shared photos of it.

The mailer touts Clay’s record on Israel, highlighting his opposition to BDS and his support for military assistance to Israel, as well as sanctions on Iran. Clay’s campaign did not respond to requests for comment.

The mailer also alleges that Bush supports ending military assistance to Israel and has “failed to condemn antisemitic comments by her fellow staffers while working as a national surrogate for Senator Bernie Sanders’ presidential campaign.”

Bush became well-known in St. Louis as a prominent activist during the protests in nearby Ferguson in 2014 and 2015 in response to the killing of Michael Brown by a police officer. Clay is part of an established local political dynasty — his father, Rep. William Lacy Clay Sr. (D-MO) held the seat from 1969 until the younger Clay replaced him on the ballot in 2000.

Bush did not respond to a request for comment from Jewish Insider.

On the page, she expressed support for BDS, which she said had been “mischaracterize[d] and demonize[d] by its opponents.”

“I stand by the right of Palestinians to live as a free people just as the people of Israel and we as U.S. citizens are allowed to do,” the page read. “We also stand by their right to call for a boycott on goods and services that the government that is currently oppressing them profits from, in order to draw attention to their plight.”

The page goes on to express support for the Iran nuclear deal and calls to “end the war on sanctions.” Bush also said she “oppose[s] our imperialist foreign policy and the runaway influence of the military-industrial complex.”

During his long tenure in Congress, Clay has built a strong relationship with members of the Jewish community in St. Louis, Rori Picker Neiss, the executive director of the Jewish Community Relations Council of St. Louis, told JI.

Clay’s legacy is also an asset — his father forged strong connections in the community dating back to the civil rights movement, according to Picker Neiss.

Bush has also developed relationships with some members of the local Jewish community through her activist work, Picker Neiss added.

In her latest congressional bid, Bush picked up endorsements from Sanders, on whose presidential campaign she worked, as well as Jamaal Bowman, who won his primary against longtime Rep. Eliot Engel in New York. Bush has also been endorsed by the Justice Democrats, the Democratic Socialists of America and the Sunrise Movement. Rep. Alexandria Ocasio-Cortez (D-NY), who supported Bush in 2018, has not endorsed her this time around.

Clay’s longtime allies in the Congressional Black Caucus — which his father founded — are standing behind him. He’s also garnered the endorsements of the Sierra Club and the Planned Parenthood Action Fund.

The winner of today’s primary is virtually guaranteed victory in November in the deep blue district.