Kennedy, Markey have a history of blaming Palestinians for failed peace talks 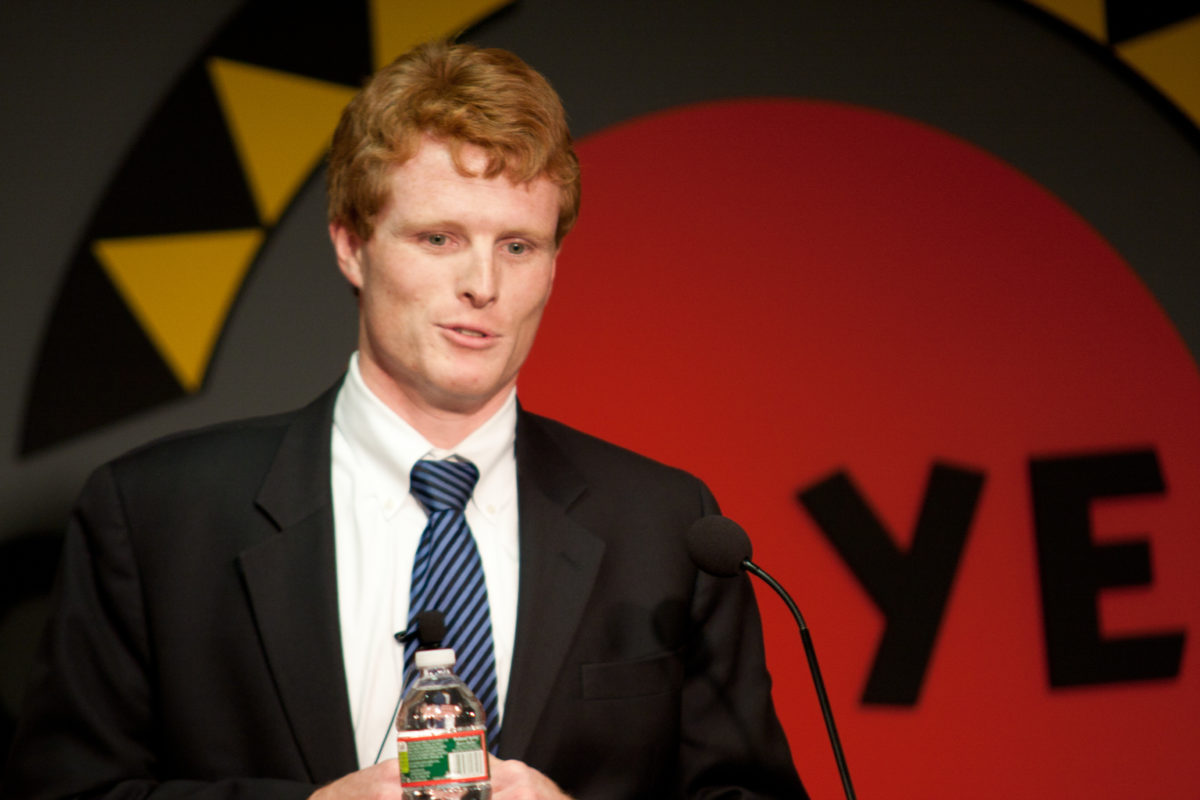 In interviews on the Israeli-Palestinian conflict over the past decade, both Sen. Ed Markey (D-MA) and Rep. Joseph Kennedy III (D-MA) have deflected questions addressing Israel’s role in the Mideast peace process.

In a 2013 interview with the Boston Globe during his bid for Senate, Markey, then a congressman representing the state’s 7th district, was “pressed three times if Israel had any blame at all for the peace process not moving forward.” Markey, paraphrasing Israeli politician Abba Eban, responded, “The Palestinians have never missed an opportunity to miss an opportunity.”

While in the Senate, Markey has maintained a largely pro-Israel record, co-sponsoring two bills opposing the Boycott, Divestment and Sactions movement and a bill sanctioning Hamas, Hezbollah and other terrorist groups who use human shields. He also co-sponsored the United States-Israel Security Assistance Authorization Act of 2020.

In a 2015 forum with the Globe, Kennedy, too, was restrained in his criticism of Israel. When pressed on whether he held the Israeli government or settlement activity responsible for the lack of progress on the peace process, Kennedy responded by highlighting Palestinian violence.

“The violent attacks orchestrated in Jerusalem are going to be a barrier to the peace process too,” he said. “I don’t think pointing fingers in one direction or another is actually helpful to getting us there… We have to find a way to get beyond the tit for tat of what’s taken place.”

Kennedy also mentioned that Richard Lakin, a victim of a 2015 bus attack in Jerusalem, had roots in his district.

But Kennedy also emphasized the need for mutual negotiations.

“I believe wholeheartedly that the only way this violence stops is when we get to a two-state solution that is recognized by Israel, by the Palestinian government, and by the rest of the world,” he said. “The United States, I believe has an obligation to continue to do all it can in order to bring those sides together.”

“This never should be about pointing fingers in either direction,” he continued. “The focus, I believe, should be on what can the United States do — what can I do — to actually find a way to move the ball a little bit forward toward peace.”

In a recent interview with JI, Kennedy emphasized his relationship with, but was critical of Prime Minister Benjamin Netanyahu. In June, Kennedy joined 190 House colleagues in a letter against annexation and co-sponsored a bill opposing the move.

Kennedy also co-sponsored anti-BDS legislation in the House, as well as a bill extending security assistance for Israel.