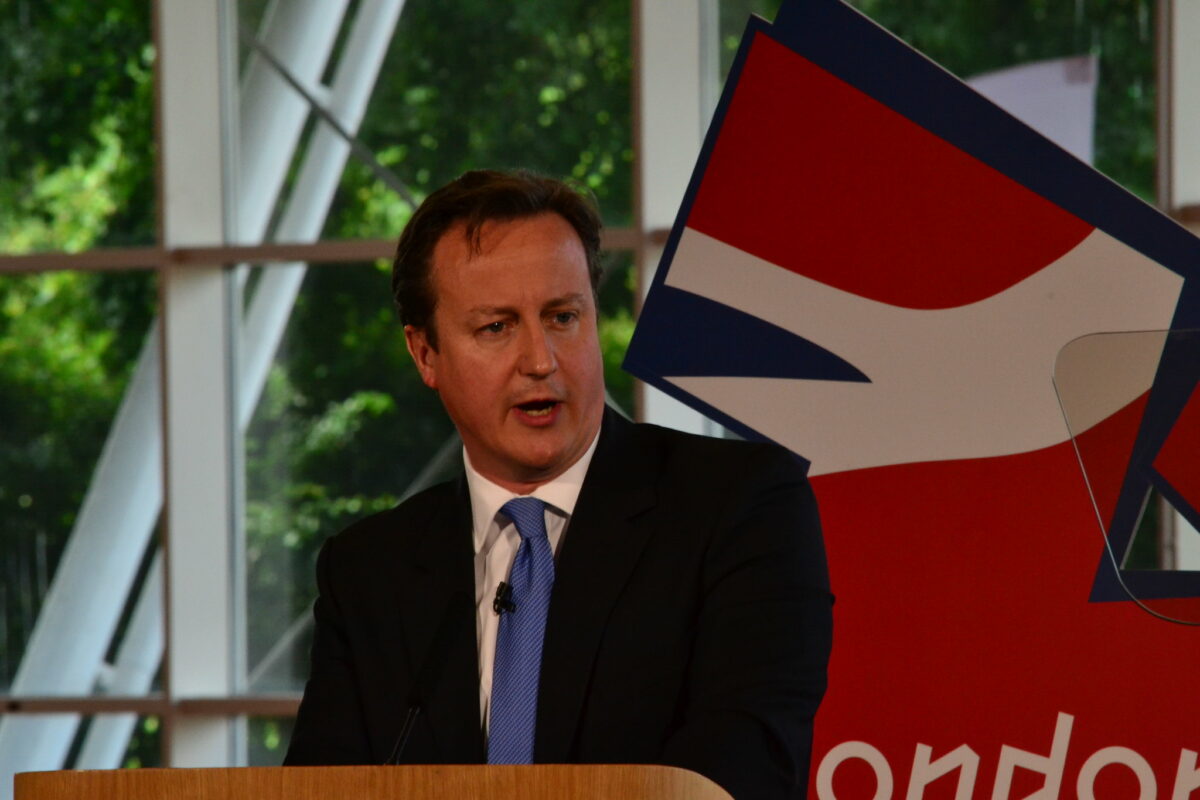 The U.S. and the international community weren’t tough enough on Israel in pursuing a two-state solution, former British Prime Minister David Cameron writes in a new book out Tuesday.

In For the Record, Cameron expresses his disappointment that during his tenure as prime minister from 2010-2016 there was no progress in the Middle East peace process — if anything, it “went backwards,” he laments. According to the former Tory leader, the two-state solution shifted into a “two-faced solution” in which Western leaders told the Israelis and Palestinians only what each wanted to hear. “I wanted to be tougher on both,” Cameron writes, while describing himself as a “friend of Israel.”

“Israel did not always do the right thing,” Cameron asserts. “I thought we needed to put pressure on it to stop building illegal settlements” and “take a more aggressive position” on recognizing the state of Palestine.

Obama, he writes, was “the most pro-Arab, pro-Palestinian president in history,” yet was reluctant “to take the risks in order to achieve peace.” Additionally, the former U.S. president was “distracted” by the Arab Spring and ”anything he did propose to put pressure on Israel was rejected by Congress.”

Cameron says he had hoped that Israeli Prime Minister Benjamin Netanyahu would be able to make peace after agreeing to a settlement freeze in 2010. “Sometimes the most bullish figures make the best peace partners,” he writes before coming to the conclusion that Netanyahu only “talked a good game.” Continued settlement expansion by the Israeli government, he says, made a two-state solution “less likely.”

Persuading Netanyahu to hold back on striking Iran: Cameron also details the efforts that took place to thwart a unilateral Israeli strike on Iran’s nuclear facilities after it became clear that Israel would strike preemptively out of self-defense. “The country’s prime minister, Netanyahu, was constantly talking in apocalyptic terms,” he writes. “Defence Forces were rehearsing attacks. Obama knew that he had to convince Netanyahu that the U.S. would do the job better than the Israelis ever could, if all other measures failed and Tehran got too close to the red line.”

No action: At one point in the summer of 2012, Cameron recalls, Iran got a few months away from a bomb and there were increasing signs that Israel was preparing once again to strike in Iran. “To this day I’m not quite sure why Netanyahu didn’t act,” he ponders.