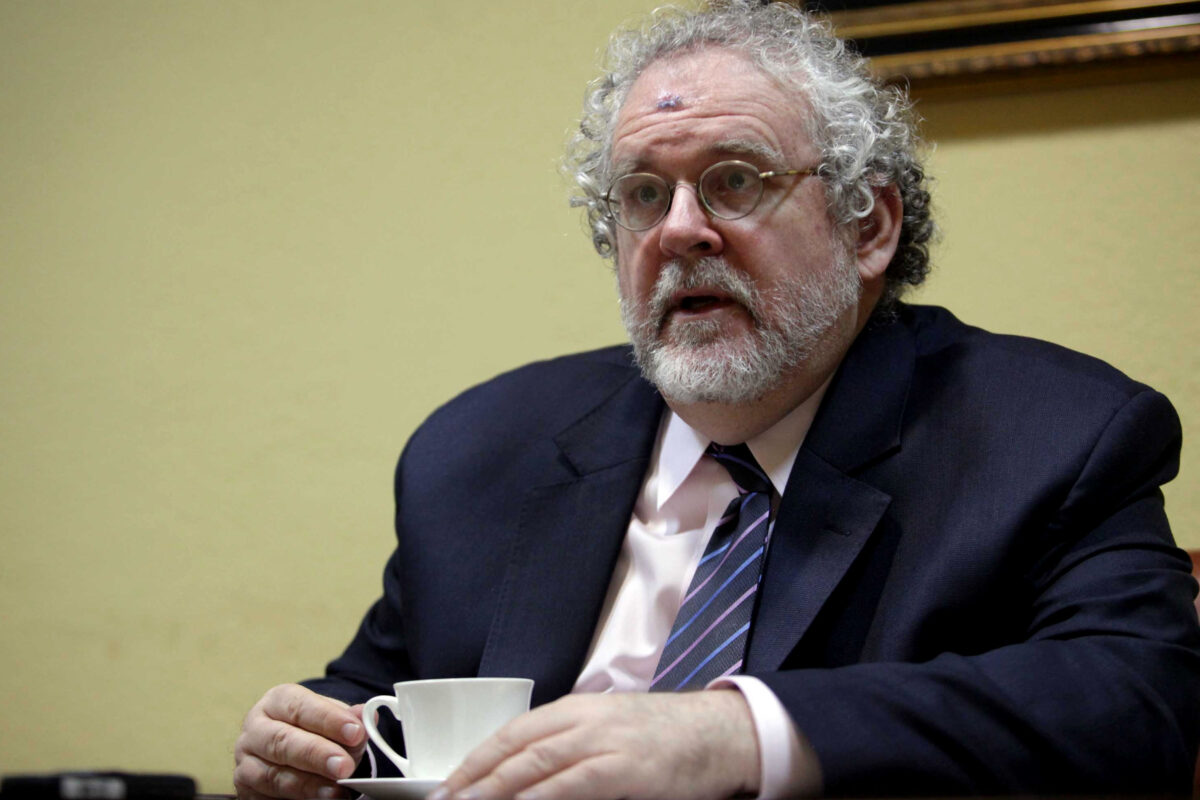 On this week’s episode of Jewish Insider’s “Limited Liability Podcast,” co-hosts Rich Goldberg and Jarrod Bernstein are joined by Wall Street Journal columnist and scholar Walter Russell Mead, for a wide-ranging discussion touching on U.S.-Israel relations and his latest book, The Arc of a Covenant: The United States, Israel, and the Fate of the Jewish People.

Below are selected excerpts from the conversation.

Mead: I felt that there were a lot of questions in the [U.S.-Israel] relationship that I didn’t fully understand. And that’s usually for me the signal that it’s time to write a book, is when I’m curious about something and what I’m looking at doesn’t satisfy me.

Bernstein: Your early chapters center on views of Zionism, both in the old country and how it’s emerged within the broader context of Americanism. And in America, we’re seeing a huge surge in antisemitism. As a historian, how do you view the role of antisemitism within the context of American history, and are we seeing a change in that nature today?

Mead: Antisemitism in America has risen and fallen in waves. Probably the peak in American history of antisemitism was in the 1930s and ’40s. Another peak would have been in the 1880s and ’90s. And to some degree, what we’re seeing now is a kind of a rise, though not yet I think to those levels. My own sense of that is that when people have lost faith in the promise of America, they often sort of turned to conspiracy theories, to “Who were the puppet masters controlling our fate? Why are things not going the way we’d like them to go?” And at these moments of American self-doubt, and when these basic ideas of American life are kind of being contested more vigorously than usual, that’s when antisemitism, both on the left and on the right, tends to reappear.

Goldberg: What is the real reason, historically, [the] U.S. has supported Israel? Why is it in the national interest? A lot of times we rely on, I don’t want to call them platitudes…we say, “well, we have shared values.”…Shared values doesn’t seem like enough, as an excuse, as a justification for, in difficult situations, why that is the national interest. Where do you see values and national interests converging or diverging, in particular for the U.S.-Israel relationship?

Mead: As I say in the book, Israel didn’t become strong because it had an American alliance, it gained an American alliance because it had grown strong. So there is clearly an element of realism in the relationship. And in some ways, the book could operate as a kind of defense of the power of realist calculations in American foreign policy. But at the same time, it is also true that there has been tremendous popular support, often stronger among non-Jews in America than among Jews, for the idea of a Jewish state in the lands of the Bible as signifying a kind of, you know, a hope for humanity as a whole, and also as a vindication of American principles.

Bernstein: In the book, you explain that this popular narrative that we’ve all sort of been told as kids about Eddie Jacobson lobbying Truman to recognize Israel is wrong. What’s the real story?

Mead: It was very interesting to me to look into that a little bit deeper and see, well wait a minute, actually, after Eddie Jacobson met with Truman and got Truman to meet with [Israeli President] Chaim Weizmann, which was the point of Jacobson’s intervention, American policy didn’t change; that there was no visible result of that meeting with Weizmann. In fact, Truman consistently then tried to stop the Israelis — or the “yishuvs,” we would say not to anticipate things — from declaring independence. The last thing the leaders of the Jewish community in Palestine did before they declared independence was the cabinet voted to disregard, to reject Truman’s request that they delay the declaration. So in that sense, Israel started as it meant to go on by rejecting American advice when it involves matters of national security. But the real kind of complex story of Truman’s approach to this takes you back in some ways 50 years before, when, before [Theodor] Herzl wrote Der Judenstaat and before the formation of an organized modern Zionist movement in Europe, a group of Americans signed a petition asking President Harrison to use his influence to get the European powers to establish a Jewish homeland in the Ottoman Empire. That petition was signed by John D. Rockefeller. By J.P. Morgan, the speaker of the House of Representatives, the chief justice of the Supreme Court, so sort of the American Protestant establishment was Zionist before really there was an organized Zionist movement among Jews in Europe.

Mead: A lot of what’s driving the Abraham Accords was certainly not respect for the statesmanship of Jared Kushner or [former President] Donald Trump, but rather a common sense among Arabs and Israelis, that the Americans were becoming so weak and unreliable vis-a-vis Iran, that the conservative Arab states and the Israelis needed to stick together. That the foundation of the Abraham Accords is not respect for America or a sense of common purpose with America, the foundation is a fear that the United States is either leaving the Middle East or making a deal over the head of its old allies with Iran, or has lost its compass so that policy swings wildly from Obama to Trump to Biden without ever accomplishing very much. So, in that sense, the Abraham Accords are part of an adjustment to the failure of American foreign policy, or lack of American strategy.

Goldberg: What is your analysis so far of the Biden administration’s strategy in the Middle East? Is it working? Where’s it going? How do you rate the President’s visit to the region?

Mead: So we’re seeing the Biden administration has moved back to something like a more conventional American policy in the Middle East of the conservative Arab states plus Israel as the kind of foundation of the American regional presence, and we’ve seen a new appreciation of the importance of oil and fossil fuels in geopolitics, regardless of one’s feelings about climate change or the future. So, there’s been a change. It’s not clear yet how that’s going to work out. You know, the Saudis and the Israelis are clearly going to press the United States, JCPOA or no JCPOA, to help them with an Iran that is much more dangerous and better positioned than it was a few years ago. The Biden administration is going to want to minimize its commitments in the Middle East for all kinds of reasons, but it may not have as much choice as it would like. So I think it’s learned that it has to be engaged, if only to try to prevent a deeper engagement.

Goldberg [as part of the lighting round]: Greatest prime minister for Israeli grand strategy?

Mead: I have to say the more I read, the more I thought [David] Ben-Gurion is an amazing figure. He was somebody who had his eye on the main thing all along. His greatest accomplishment to me was something that no other Middle Eastern leader has yet managed, [it’s that] he understood that the Jews of Palestine didn’t need a resistance movement, they didn’t need charisma, they needed a state. And everything about his political activity was the creation of an Israeli state. Not only a state that could hold up the country’s independence externally, but could impose the will of the government on society at home. It was brilliant.