Department of Education to open investigation into USC over antisemitism allegations 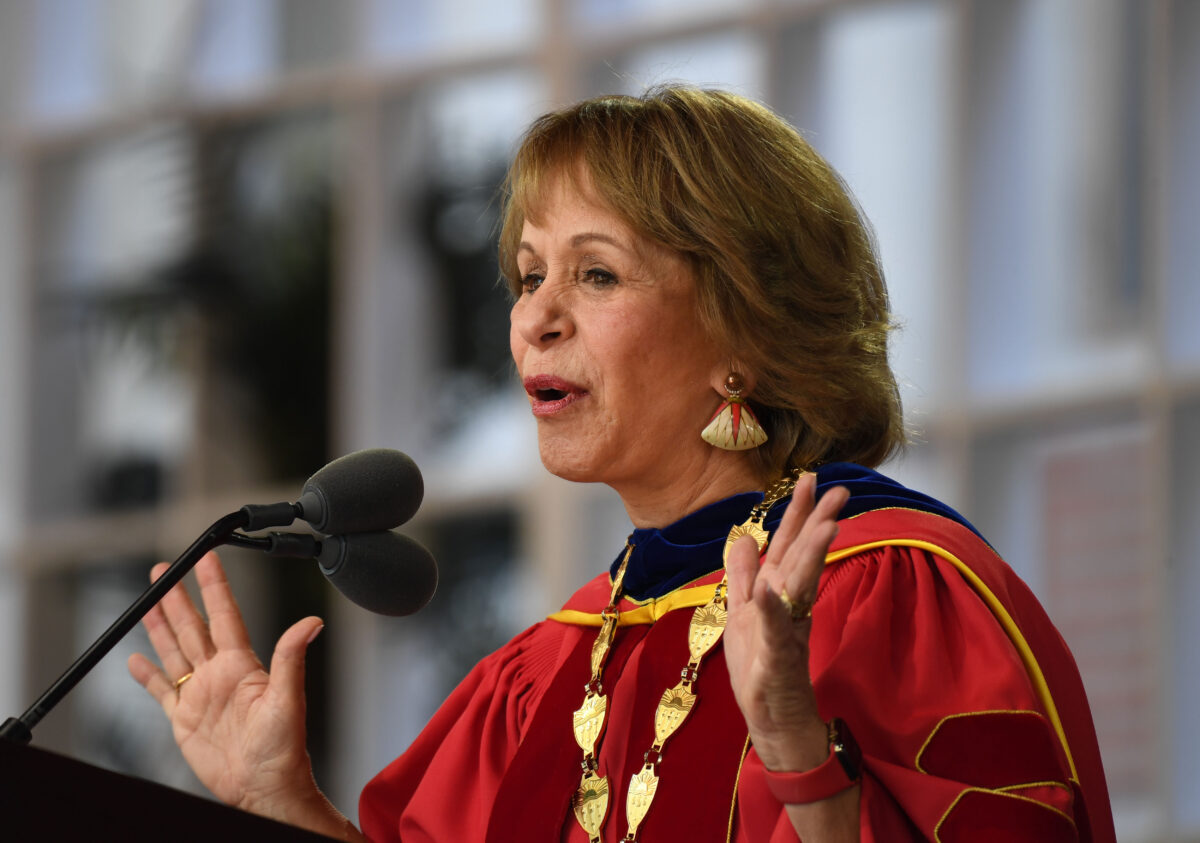 Carol Lynn Folt, the 12th president of the University of Southern California during the 2022 commencement ceremony in Los Angeles on Friday, May 13, 2022.

The U.S. Department of Education’s Office for Civil Rights is opening an investigation into allegations that campus administrators at the University of Southern California did not adequately address claims of antisemitism targeting a Jewish student leader, who resigned from her leadership position within the school’s student government in 2020 after a targeted campaign of online harassment.

The investigation comes nearly two years after Rose Ritch, then a rising senior at USC, resigned as the student body’s vice president, following a stream of documented online harassment and calls by students for her resignation that centered on her identity as a pro-Israel individual. In one Instagram post, a resident assistant on the campus wrote, ​​“Even if all the orgs on campus that r Jewish r also Zionist That’s not an excuse For you to join That’s still blood on ur hands.”

Ritch graduated in 2021 and now lives in Washington, D.C. She told Jewish Insider on Monday that she was “grateful” that the Office of Civil Rights was opening an investigation. “This has been an issue on college campuses for a long time, but I think, really, in the past couple of years, it’s really just increased. And so I hope that this can offer a little bit of hope or something to students in that what they are experiencing is not OK, and that they do deserve and should be and need to be protected by their universities.”

Prior to being elected to her student government position in early 2020, Ritch was asked at a candidate forum how her involvement with Trojans for Israel, the campus’ pro-Israel group, would affect her ability to govern, which she told JI at the time was a way for students to express antisemitic sentiments “under that kind of cloak of anti-Zionism.”

During that campaign, the complaint alleges, Ritch’s “campaign posters were repeatedly vandalized and the campaign posters of other Jewish students running for Student Senate were pulled down.” The complaint goes on to say that campus administrators “did nothing” after Ritch reported the incident.

The complaint also alleges that the university did not address the antisemitic social media posts targeted at Ritch and the campus’ Jewish community until after Ritch resigned from her position in student government, months after social media posts began to circulate.

Shortly after Ritch’s resignation, USC President Carol Folt announced the launch of a new initiative by the USC Shoah Foundation to provide programs, for which students would receive credit, that focused on antiracist lessons.

In a statement to JI, a spokesperson for the university said that USC “has made a number of commitments to combat antisemitism and anti-Jewish hatred.”

The spokesperson touted a series of educational initiatives and partnerships with major Jewish organizations including the Anti-Defamation League and the American Jewish Committee, adding, “We are continuing to take these steps to further build on the welcoming environment we have created for our Jewish community. We look forward to addressing any concerns or questions by the U.S. Department of Education regarding this matter.”

In 2019, former President Donald Trump signed an executive order calling for the enforcement of the International Holocaust Remembrance Alliance (IHRA)’s working definition of antisemitism. Since then, the Office for Civil Rights has opened several investigations into allegations that university officials at schools including the University of Illinois Urbana-Champaign, New York University and Brooklyn College.

Ritch told JI that she received hundreds of messages from around the country from people who had similar experiences during their time in college.

“I’d say 75% of them were people sharing that this happened to them 30 years ago on their college campus, it happened five years ago, [or] this was something they’re dealing with now, or somebody they knew,” she said. “And I think it really opened up my eyes, because obviously, I knew that this was an issue. This was always something that was understood. But I didn’t think I really saw how big of an issue was because I think a lot of people weren’t always coming forward and speaking about it. It was very sad, but it showed it was not a one-off thing.”

The difference, Ritch said, is that “people are starting to speak up against it.”

“There is an opportunity for somebody, an outside entity, to say, ‘What you’re doing is wrong. And that these kids need to be protected.’ So it’s encouraging in that sense.”

For Alyza Lewin, the president of the Louis D. Brandeis Center for Human Rights Under Law, which is representing Ritch, the USC case has raised awareness among college students across the country.

“I think that today, universities are really beginning to understand this kind of harassment and discrimination,” Lewin told JI. “Before Rose Ritch, they were clueless, they had no idea. And now, unfortunately, Rose was not the only one. This type of marginalizing of Jews who feel this affinity for Israel that grows out of their Jewish identity, we see it happening with greater frequency on campuses. And students have learned from Rose how to talk about it, how to articulate what’s happening to them, how to explain it and describe it to university administrators. And when the administrators see it, they don’t want the students to be excluded. They don’t want the students to feel marginalized. But up until Rose, they didn’t understand it. They didn’t see it. Now they’re beginning to see it.”