Rep. David Price (D-NC) described 'a 20-year failure of Israeli and U.S. policy to figure out how to support the more moderate Palestinian forces that might be a partner for peace' 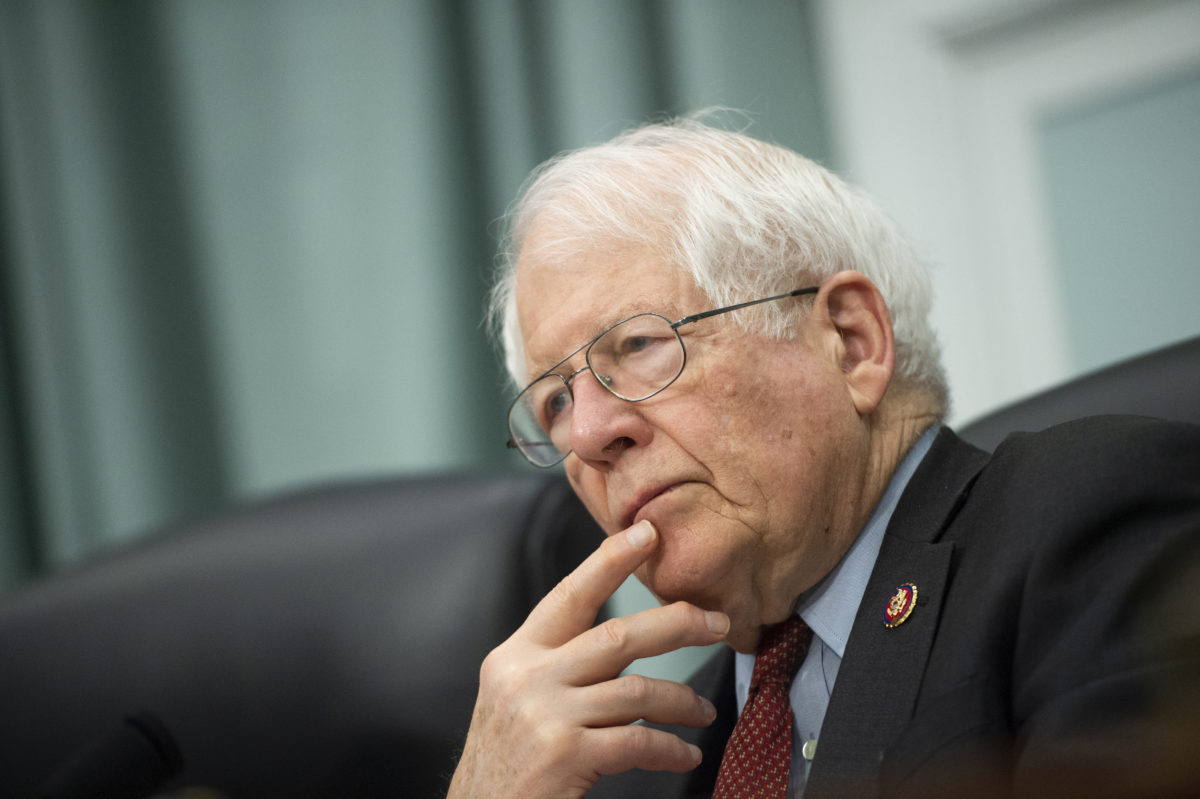 Longtime congressman Rep. David Price (D-NC) slammed successive Israeli and American administrations for what he described as “a 20-year failure of Israeli and U.S. policy to figure out how to support the more moderate Palestinian forces that might be a partner for peace,” in an interview with Jewish Insider following a trip to the region last month.

The congressman added that he does not “see any [permanent political] solution that doesn’t involve a kind of reconstituting of [Palestinian] political leadership and a moderate, mainstream approach to politics and policy on the Palestinian side. And it behooves all of us who are involved in this to figure out how to encourage that.”

Price particularly blamed former Israeli Prime Minister Benjamin Netanyahu for painting “all Palestinian leaders with the same brush, as if to assure there was no partner for peace.”

“There was a sense in which right-wing Israeli politics and Hamas kind of fed off each other,” he continued.

Price described the Israeli-Palestinian political situation as being at a “perilous moment,” acknowledging that negotiations toward a two-state solution look “pretty unpromising on both sides.”

Dean said that the group heard in conversations in Israel that prospects for broader peace are likely slim until Foreign Minister Yair Lapid takes over as prime minister from Naftali Bennett next year as part of their power-sharing arrangement.

Price added that he does not want to see the fragility of the coalition government “become a kind of all-purpose excuse for not taking on the tough issues.”

The group met with Lapid and was scheduled to meet with Bennett on the same day that Russia invaded Ukraine. The meeting was subsequently canceled.

Price said the group raised a range of issues with Lapid, including concerns about settlements and the lawmakers’ desire to see the reopening of the U.S. consulate in Jerusalem, which has historically served Palestinians — an issue Price said “should be a slam dunk.”

“We gave a broad perspective of friendship and support for Israel — that’s uniform among our 10 members,” he said. “But we think that the best way to express support for that is in expressing support for a resolution of this conflict, and that it’s illusory and deceptive and dangerous to let this thing slide.”

Price said Lapid urged the group to communicate its criticisms and told participants, “the best way to express friendship is to be honest.”

The group also met with Palestinian Authority Prime Minister Mohammad Shtayyeh, a sit-down Dean said was “briefer than I would have thought it would have been.”

“It was a little short, it was a little abrupt,” she said. “And he was defensive, I thought, kind of too quickly, when asked about settler violence and the police” failing to properly address it.

Price emphasized that the group’s day in the Hebron area was a particularly emotional experience, which, he said, showed the “dark side of the occupation.”

Dean lamented that “what was a thriving commercial city of many Palestinians” is “now a ghost town.” She said that the group was shown a street where doors of Palestinian homes had been welded shut and balconies had been caged in to prevent Palestinians from walking in certain areas.

“It was just such a joyless place and such obvious injustice. And so visually and physically being there was just jarring, to be honest,” she said. “On a human level my takeaway — whether it was the Palestinians in the West Bank or those in the Gaza Strip — is that millions of Palestinians are simply not free. And that goes against my American and democratic and human values. And we must do everything in our power to, if possible, reach that two-state solution.”

Price said the group also visited nearby grazing areas that were overseen by settlers.

“This was not an isolated isolated instance but… this increase in settlements and the increase in settler violence, this was a major issue and this is not something that we can wait for a better political environment,” Price said. “This is something that this Israeli government can deal with — I don’t doubt for a moment that they can deal with it, no matter how fragile their coalition, there’s no reason that they can’t get ahold of this.”

The group also visited a settlement in the Binyamin region, where Price said he was surprised to hear complaints from the settlers about the Israeli government.

“You would think that they would be happy at the kind of status they’ve gained but turns out they have things to complain about too,” he said.

Dean said that a priority for hers is convincing the Biden administration to persuade Israel to stop settlement expansion, evictions of Palestinians and settler violence, which she said are contributing to the “slipping away” of the potential for a two-state solution.

“One of my greatest takeaways is that to be pro-Israel is to be in favor of recognizing, understanding and dealing with the conflict between Israel and the Palestinians,” she said. “A  failure to deal with that only jeopardizes the security of Israel.”

Following J Street’s previous delegation to Israel in late 2021, Rep. Jamaal Bowman (D-NY) came under intense criticism from the Democratic Socialists of America for associating with J Street and traveling to Israel. The New York City chapter of the DSA has asked potential local endorsees to pledge not to travel to Israel.

“I have no patience with carping at people who want to increase their knowledge,” he continued.

Dean said that she finds such arguments “antithetical to promoting democratic values and peace” and argued that it is important to hear from people on the ground firsthand.

The J Street delegation overlapped with the AIPAC-linked American Israel Education Foundation’s congressional delegations to Israel — the groups even stayed together at Jerusalem’s King David Hotel.

Dean joined and “thoroughly enjoyed” an AIEF trip in 2019 — her first time in Israel — during her first term in Congress. She said that she also “wanted at some point to go on the J Street trip” and said “both trips were a time of extraordinary learning.”

“Both trips taught me a love of the beautiful, diverse people of Israel, terrific food of Israel,” she said, quipping, “They just keep feeding you!”

Days after she returned from the J Street trip, Dean — who represents a solidly blue Philadelphia-area district — was endorsed by AIPAC’s new political action committee.

Price, who has served more than three decades in Congress, went on to praise J Street as having given “political cover to a lot of people who wanted to and whose conviction required them to take a different approach to this conflict than what was often urged on us for many, many years by people who presented themselves as the very closest friends of Israel. I think we have moved beyond that.”