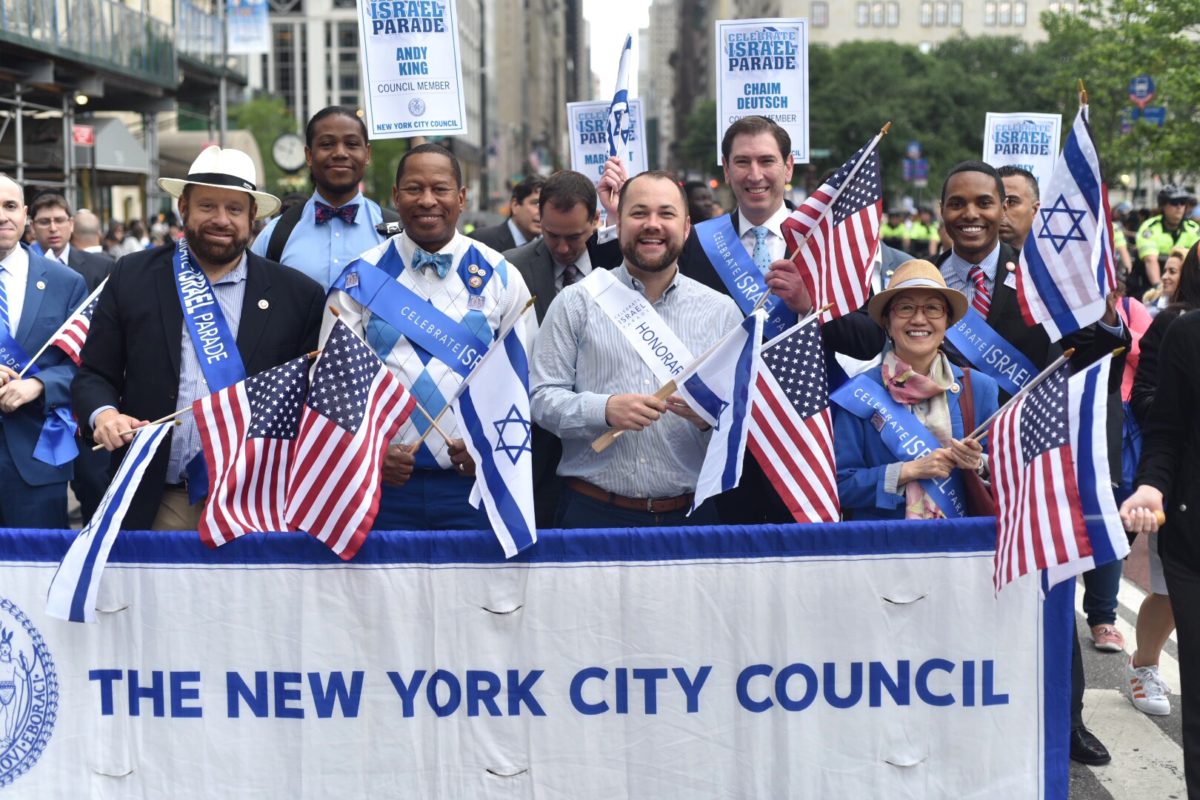 New York City Council candidates seeking the support of the Democratic Socialists of America are being asked to agree not to visit Israel if elected.

“Do you pledge not to travel to Israel if elected to [the] City Council in solidarity with Palestinians living under occupation?” reads a questionnaire sent out by the DSA and first reported by NY1’s Zack Fink. “Even though foreign policy falls outside the purview of municipal government, gestures like travel to a country by elected officials from a city the size and prominence of New York still send a powerful message, as would the refusal to participate in them.”

The other question in the foreign policy section asks candidates about their support for the Boycott, Sanctions and Divestment movement against Israel.

Michael Miller, JCRC’s executive vice president and CEO, described the questionnaire as “despicable” and “utterly reprehensible.” Elected officials “should not be denied an immersive opportunity to deepen their understanding of Israel,” Miller said in a statement. “Including this demand — on the same day that a historic peace agreement was announced between Israel and the United Arab Emirates — reveals a policy undeniably singed by anti-Semitism.”

The DSA is seizing on its growing political clout in New York this year ahead of the city’s 2021 municipal elections, which will see a record number of seats ― 35 open seats — up for grabs. Of the 51 members of the City Council, only 16 members are up for re-election.

This year, seven out of the eight DSA-backed candidates running for U.S. Congress or for New York’s state legislature won their races.

In an interview with Kings County Politics earlier this month, the DSA’s city chapter’s co-chair, Sumathy Kumar, refused to answer whether her group supports the existence of Israel, causing some to speak out.

David Greenfield, CEO of the Met Council and a former city council member, told JI, “This is a disgusting display of antisemitism by the leadership of the DSA. Shame on them for spreading hate at a time when we should be bringing people together.”

“This is anti-semitism. Plain and simple,” Rep. Max Rose (D-NY) tweeted on Thursday.

New York city Councilmember Ritchie Torres, who recently won the crowded Democratic primary in New York’s 15th congressional district against a DSA-backed candidate, told JI, “In January of 2019, I publicly announced that I, as a Congressional candidate, would never seek the endorsement of or otherwise associate with any organization ‎that embraces BDS, which to me, has a subtext of antisemitism.  I stand by that pledge–always have and always will.”

Torres, who as a member of the City Council traveled to Israel with the Jewish Community Relations Council of New York, told JI, “When JCRC brought me to Israel for the first time back in 2015, I spoke to both Israelis and Palestinians, and among Israelis, spoke to both Arabs and Jews.   I heard various perspectives, asked hard questions, and came to more fully understand a conflict that is infinitely more complicated than media narratives make it out to be. Denying yourself an opportunity to ‎listen intently to voices on the ground and see the situation with your own eyes will make you no wiser as a person or public servant.”

After Torres’s 2015 trip, activists held a protest outside City Hall.

An active DSA member who has previously sought the organization’s endorsement told Jewish Insider that while the intent of the question was to urge prospective lawmakers not to participate in the annual trips to Israel, “that intent is lost in this question, and whoever wrote it should have been more thoughtful.” The DSA member added that “it’s reckless and totally unreasonable to demand that people never travel to Israel.”

Tali Farhadian Weinstein, a candidate for Manhattan District Attorney in next year’s Democratic primary, called on her competitors to join her in “repudiating this question and refusing to answer if/when asked.” Farhadian Weinstein, who fled the Iranian capital of Tehran at the age of four, tweeted, “Per this questionnaire it would be ok for me to travel to Iran, the country of my birth, which hangs men for being gay and may stone women for adultery, but not to Israel.”