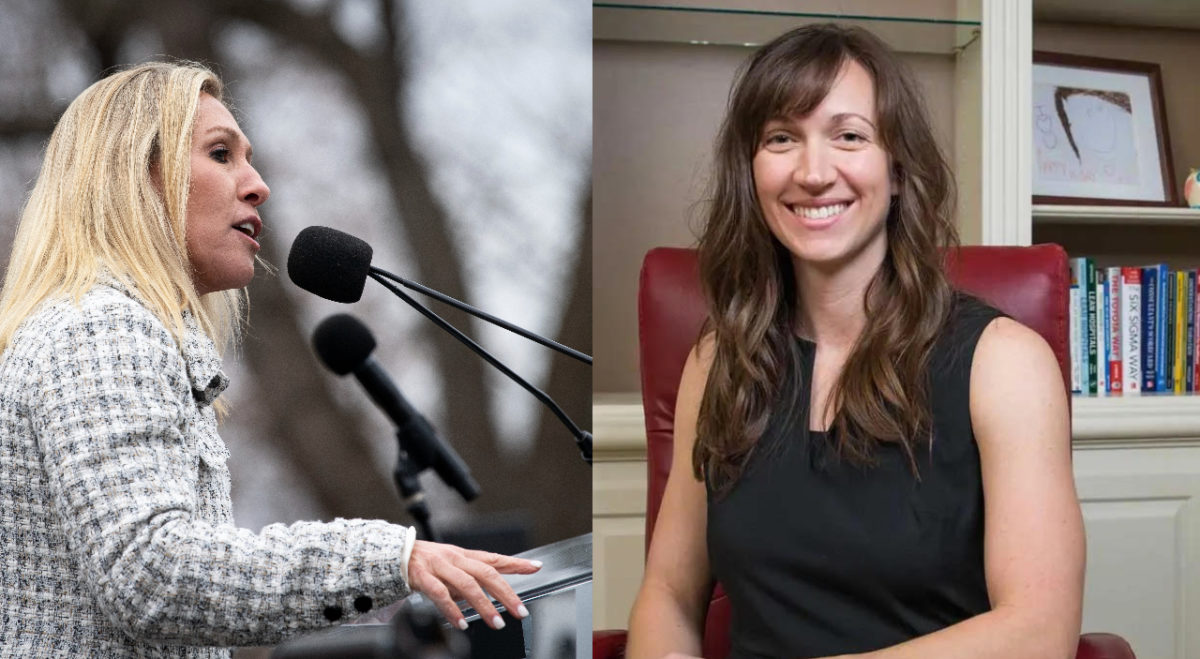 “If you are a conservative Republican who cares about the issues facing America, if you are a Trump conservative in that district, you will get somebody in Jennifer Strahan who shares those views without all the baggage that comes with Marjorie Taylor Greene,” Matt Brooks, the RJC’s executive director, told JI in an interview on Tuesday.

The RJC opposed Greene in the 2020 primary and has frequently criticized the freshman congresswoman’s antisemitic remarks and other extremist statements she has made while in office. Last month, Greene drew widespread criticism after she spoke at a white nationalist conference hosted by the Holocaust denier Nick Fuentes.

But the group, which does not typically endorse against GOP incumbents, had not indicated until now whether it would back an opposing candidate in the May primary, where three Republicans, including Strahan, are going up against Greene.

“Jennifer is a terrific candidate and she’s the strongest one running against Marjorie Taylor Greene,” Brooks said, describing Strahan as “a true conservative who doesn’t traffic in antisemitic conspiracy theories, doesn’t speak to white nationalist organizations and doesn’t applaud and cheer on” Russian President Vladimir Putin.

In a statement to JI, Strahan praised the RJC as a “pro-business, pro-national security force for good in Washington,” with “a strong grassroots presence of community leaders in Georgia and throughout the country.”

“Their support means a lot to me personally and is a statement about the growing strength of our campaign to return effective representation to Georgia’s 14th district,” Strahan said. “I look forward to working with the RJC team in Washington to promote our shared priorities of peace through strength and policies that foster economic growth.”

Limited publicly available polling suggests that Strahan has a tough task, but the 35-year-old healthcare executive has been gaining momentum in recent weeks.

Last week, she notched an endorsement from the Value in Electing Women political action committee, or VIEW PAC, which advocates for electing Republican women to Congress. “This is the first time in 25 years we’ve ever endorsed a primary challenger to a sitting incumbent,” Julie Conway, VIEW PAC’s executive director, told JI.

“Congress needs serious leaders who will act with integrity and work hard to find solutions to our nation’s most pressing issues,” Brian Turmail, AGC of America’s vice president of public affairs and strategic initiatives, said in a statement to JI. “Jennifer Strahan will be an honest voice and effective advocate for Georgia and its 14th Congressional District in the House. As an entrepreneur and executive, Ms. Strahan is a problem solver who knows how to get things done and has first-hand experience with how D.C. decisions impact employers, workers, and consumers.”

Greene’s family-owned construction company, Taylor Commercial, “is a dues-paying member” of AGC’s Georgia chapter, “which automatically makes the firm a member of AGC of America,” Turmail said. “We appreciate and value the firm’s membership.”

Turmail said AGC PAC had donated $5,000 to Strahan’s campaign as of last Wednesday, the maximum amount that political action committees can donate to candidates they support.

Jake Monssen, a spokesperson for Strahan, said the RJC had also given $5,000 to her campaign. He declined to reveal how much Strahan has raised ahead of the first-quarter filing deadline on April 15, only confirming a “six-figure” fundraising total.

Greene, for her part, entered the new year with just over $3.5 million on hand. Her campaign did not immediately respond to a request for comment from JI.

Brooks declined to disclose whether the RJC’s PAC — which also recently endorsed the reelection of Sen. Ron Johnson (R-WI) — would seek further involvement in the Georgia race in the form of political advertising or other independent expenditures.