Brian Hook: Nuclear negotiations should bar Iran from any enrichment

The ‘original sin’ of the Iran deal was allowing Iran to continue any level of enrichment, the Trump admin's Iran envoy argued last week 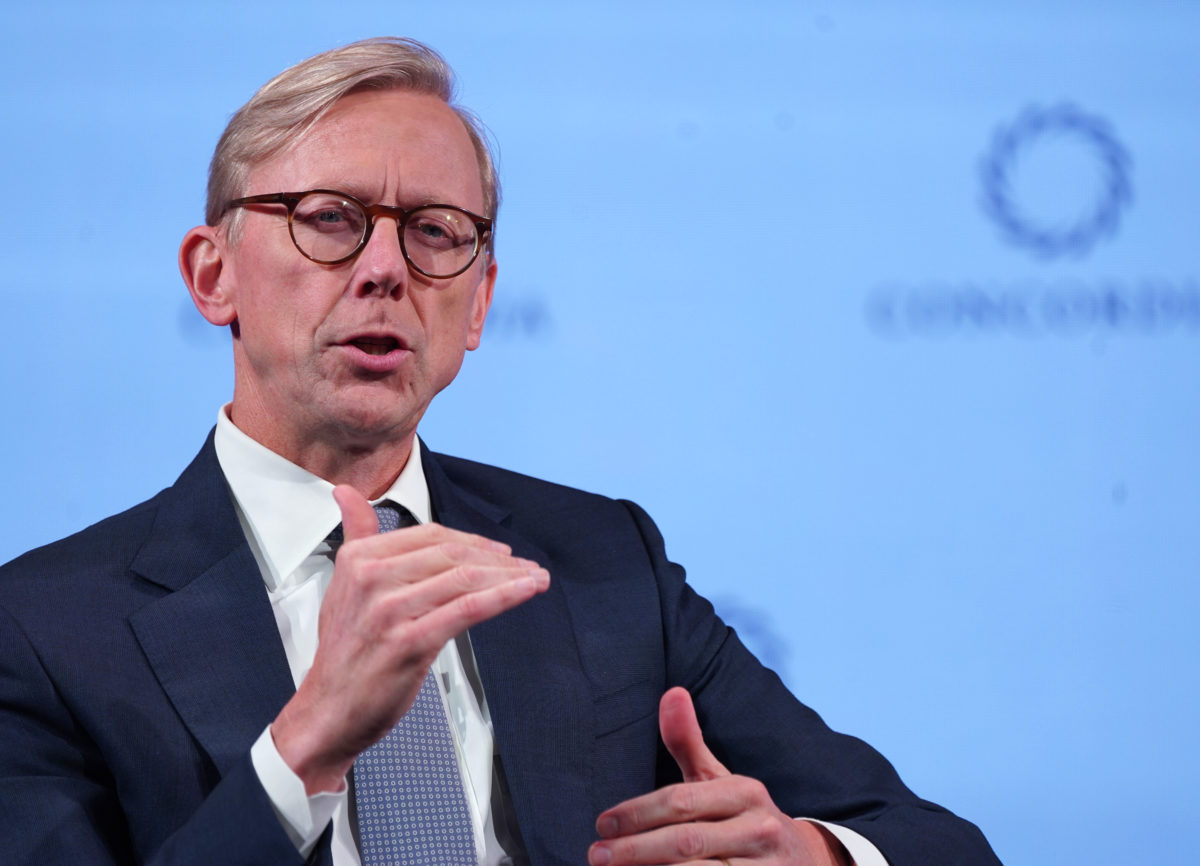 Brian Hook, who served as the Trump administration’s Iran envoy, suggested that any deal with Iran must bar the regime from nuclear enrichment of any kind.

“The original sin of the [2015] Iran nuclear deal is that it allowed Iran to enrich,” Hook said at an event on Thursday organized by the National Union for Democracy in Iran, an Iranian-American diaspora organization. “Iran claims it wants peaceful nuclear power. This is the world’s leading state sponsor of terrorism. So when such a country is talking about peaceful nuclear power… they can put to bed any concerns people have by [stopping] enrichment.”

The 2015 agreement required Iran to reduce its uranium stockpile by 98% and keep it at that level until 2031. Tehran was also required to keep the stockpile’s enrichment level at 3.67%. In a breach of the deal, Iran is currently enriching up to 60%.

Hook argued that more than half of the countries with peaceful nuclear power, including the United Arab Emirates, operate nuclear power plants without enriching nuclear material at home.

“It’s a model we really need to insist on in any negotiation,” Hook continued. “Anything less than that is going to set off an arms race.”

But, he added, he has not seen anything to indicate that such a standard is part of the current talks with Iran.

“We should not be defeatist or fatalist about the need to do this,” Hook said. “We shouldn’t negotiate with ourselves and talk ourselves out of it. We should not be resigned to Iran as a nuclear threshold state. It will change the balance of power in the Middle East profoundly.”

“The regime needs to understand that this is a non-negotiable issue,” he added.

Hook argued that reentering the Iran deal would have “a lot of consequences” for U.S. partners in the region, emboldening Iran to further expand its non-nuclear provocations, such as the Houthi proxy attacks on U.S. allies in the Gulf.

The former Trump official said that the Iran deal, from which former President Donald Trump withdrew in 2018, also complicated efforts to convince other Arab nations to agree not to enrich nuclear material themselves.

“Once you accept Iran enriching, it’s near impossible to say to anybody else, ‘You can’t enrich,’” he said. “We need to restore the standard.”