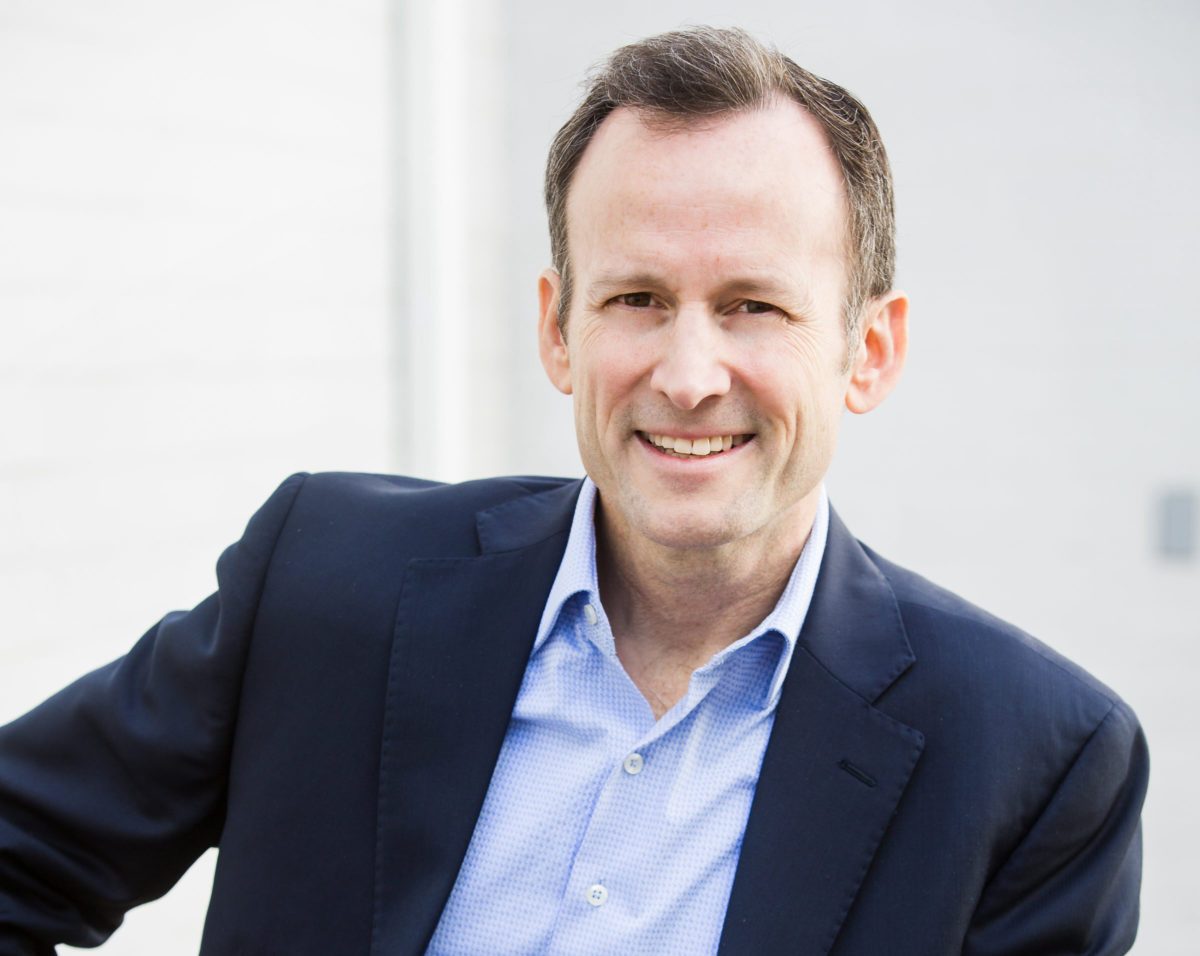 After 16 years in pro-Israel activism as the executive director of Christians United for Israel and, since 2015, the campus antisemitism-focused nonprofit Maccabee Task Force, David Brog has his eyes set on Capitol Hill.

The Republican and former chief of staff to the late Sen. Arlen Specter (R-PA) threw his hat in the ring last week as a congressional candidate in Nevada’s newly redrawn 1st Congressional District, which encompasses the Las Vegas area. In 2020, Rep. Dina Titus (D-NV), who has represented the Las Vegas area since 2013, won the district 62-33; following redistricting, the seat has become more competitive.

Brog told Jewish Insider in an hour-long interview last week that his congressional bid was prompted by trends he observed as the head of the Maccabee Task Force — a job he plans to continue during the campaign. The bulk of the funding for the Maccabee Task Force has come from the late Republican mega-donor Sheldon Adelson and his wife Miriam.

“My sense of the threats [to the country] and the priority shifted really over the summer of 2020,” he explained. “I was really shocked at the speed with which some of the crazy ideas from the campuses are now finding expression on the streets of our cities and at the base of one of our two political parties.”

Tarkanian said that winning the 1st District will require “somebody who can go toe-to-toe timewise with Congresswoman Titus” — an aggressive campaigner who is “everywhere” and “a very hard worker.” She predicted that it “is going to be difficult” for Brog to run against Titus while maintaining his day job.

Brog previously lived in Texas, where CUFI is headquartered. The Maccabee Task Force is based in Las Vegas.

Brog has associated himself with the National Conservatism movement, a growing element of the conservative movement that he described as favoring a more protectionist trade policy and decreased U.S. military engagement abroad alongside conservative social values. Other politicians associated with the movement include Sens. Josh Hawley (R-MO) and Ted Cruz (R-TX) and Ohio Senate candidate J.D. Vance.

Brog rattled off a number of GOP mainstays as his top policy issues, including immigration, inflation, supporting police, opposing “divisive” public school curricula and protecting American industry and business. When asked about the 2020 presidential election results, Brog opined, “I think the election was unfair in certain demonstrable ways but I have not seen evidence that [former President Donald] Trump won that unfair election.”

Citing his national conservative ethos, Brog — a cousin of former Israeli Prime Minister Ehud Barak — described the U.S.-Israel relationship as the “ultimate example” of how he believes U.S. foreign policy should operate, because it has never asked for U.S. troops to defend it and shares security interests with the U.S.

In this vein, he said he sees supporting Israel, “empowering” and in “certain circumstances” arming the United Arab Emirates and Saudi Arabia and redesignating the Houthis as a terrorist organization as the best ways to confront Iran’s aggression in the region — giving allies “the wherewithal to confront Iran to defend their own interests” and Washington’s in the process.

Brog, an opponent of the 2015 nuclear deal, said that the U.S. should pressure the Iranian regime with maximal sanctions, with the ultimate goal of prompting an uprising against the government.

“We have a choice — either Iran will be on a path toward enrichment and a nuclear weapon with full economic benefits, or they’ll be on a path toward weapons and enrichment under a severe sanctions regime that is putting the regime under severe pressure and creating an opportunity for perhaps Iranians to liberate themselves from the regime,” he explained. “I wish there was option C, which is how through negotiations, through economic policy, you remove the opportunity that Iran can have a weapon. But that doesn’t seem to be an option.”

Sander Gerber, a key architect of the Taylor Force Act — which cuts off most U.S. aid to the Palestinian Authority as long as it makes payments to the families of terrorists — told JI that Brog was critical to the passage of that legislation.

“David got it immediately. I didn’t have to explain anything,” Gerber said. “He said, ‘We’ve got to do something about it’… Without David, [the] Taylor Force Act wouldn’t have passed.”

Gerber said Brog was intimately involved in a small group that strategized to spread the message about the Taylor Force Act and “activated” Christians United for Israel to build a publicity and lobbying campaign in favor of the legislation before many major Jewish organizations came onboard. Brog left CUFI in 2015, but said he remained close to the Christian group.

Gerber added that Brog is “not afraid to drive through barriers to build consensus around issues about Israel” and is “motivated to get things done, not just make noise.” Brog’s experience in policy work inside and outside Congress, Gerber continued, has given him an understanding of “how to motivate the institution to take action.”

Brog described the Abraham Accords as a model for the sort of business-centric, people-to-people approach that he believes the U.S. should be supporting between the Israelis and Palestinians.

“The more that the best and brightest among the Palestinians see a path forward for themselves and their families and their people through business, through technology, through cooperation — it’s the one thing that gives me hope that future generations could view this conflict very differently,” he continued.

Building on his more recent work on campuses, Brog said that lawmakers need to use their “bully pulpit” to call out antisemitism on campuses and elsewhere.

He classified antisemitism as a “problem of extremes”: There are extremist circles on the right that pose “a real physical threat” and, on the left, “antisemitism that hides behind the facade of being anti-Zionist.” Left-wing antisemitism, he said, “is taking over academia… [and] large portions of the media” and is “very prominent among the progressive base of the Democratic Party.”

“I think we have a lot of work to do because these ideas are so entrenched in so many American institutions,” he said. Brog argued that right-wing antisemitism has been more contained to the fringe.

Brog said he would also look for ways to support the full enforcement of the Trump-era executive order extending civil rights protections for Jews on campus and support security funding for Jewish institutions.

To prevent the further encroachment of antisemitism in the Republican Party, “we have an obligation to police our base against antisemitism — and this is something I take very seriously,” he said.

Asked about how he would go about policing antisemitism among potential House Republican colleagues — some of whom have been accused of antisemitism and affiliated with antisemitic elements of the Republican base — Brog said his approach, like that of the Maccabee Task Force, would start with education.

“I think that’s some of what’s happening on the right — we who… have grown up with the specter of the Holocaust understand how inappropriate it is to make a Holocaust analogy and how hurtful it is,” Brog said, referencing comments from multiple GOP House members comparing vaccination mandates to the Holocaust. “A lot of people just don’t know that.”

Brog said he would “love to have lunch when I get to Capitol Hill… with anyone who has done something offensive to our community. My opening assumption is people have good will. They have to prove to me they don’t.”

He continued, “if someone understands our sensibilities and concerns and persists, then we need to call them out.”

In his campaign as a whole, Brog said he aims to “really fight for policies that will refocus people on what made America great, why America is a beacon around the world, why so many from around the world including so many of our own families sought to come here and were so grateful once they got here.”

Amy Tarkanian, the former chair of the Nevada Republican Party and a GOP strategist, described Serrano — a Hispanic former Democrat who works in the hospitality industry — as the current frontrunner. Tarkanian said she was not familiar with Brog, and was surprised that he decided to run in the 1st District.

Tarkanian said that the new map provides “a glimmer of hope for the GOP” in the 1st District, compared to the “midnight blue” current district, but added that the strong union presence among the thousands of hospitality workers in the district will be a major obstacle for Republicans to overcome.