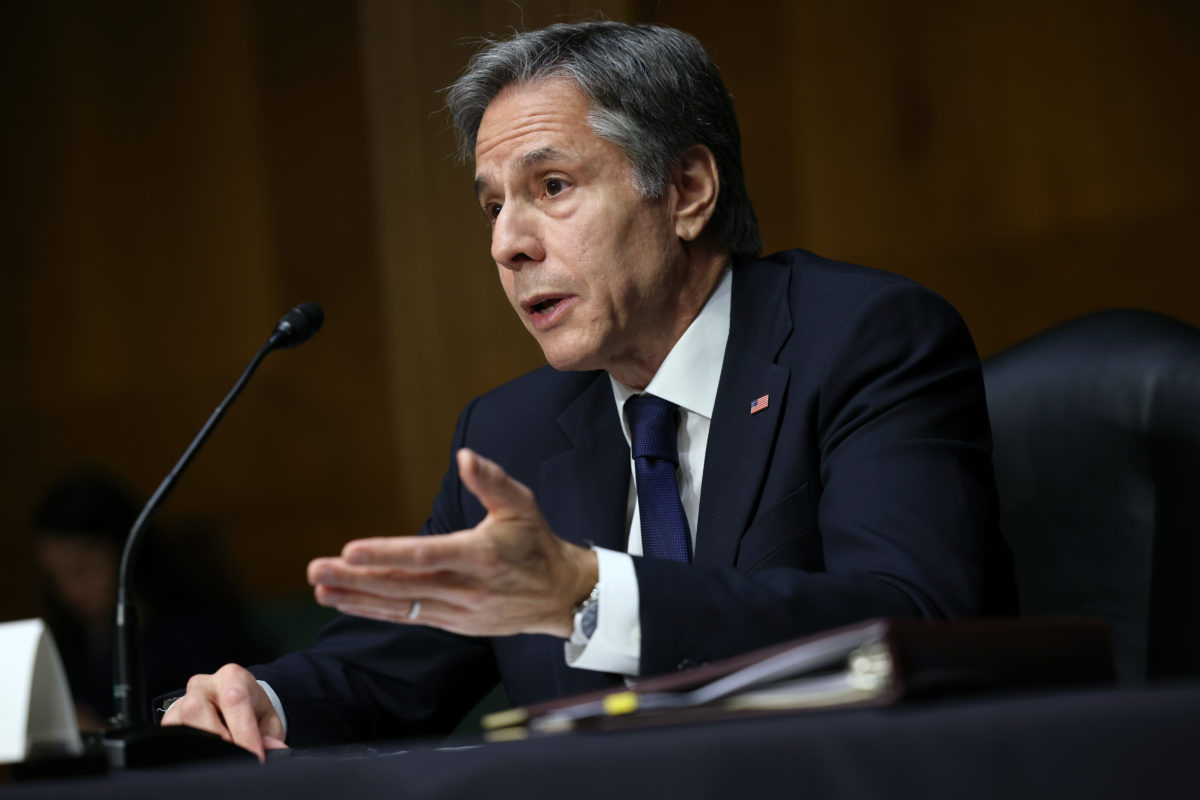 U.S. Secretary of State Anthony Blinken testifies during a Senate Appropriations subcommittee hearing on the Department of State FY 2022 budget request on June 08, 2021 in Washington, D.C.

Secretary of State Tony Blinken was grilled on a range of aspects of the administration’s plans for dealing with Iran during his second consecutive day of back-to-back hearings on Capitol Hill on Tuesday, this time facing the Senate Appropriations and Foreign Relations Committees.

During Tuesday’s hearings, Blinken was pressed for more details on numerous issues covered the day before in front of corresponding House committees, particularly relating to the 2015 Iran nuclear deal and the Israeli-Palestinian conflict.

Asked by Senate Foreign Relations Chairman Robert Menendez (D-NJ) about the Biden administration’s pledge to reach a “longer and stronger” agreement with Iran, Blinken said, “We have to look at specific aspects, whether there are areas where we can get even stronger commitments from Iran,” without specifying what “stronger commitments” might entail.

He continued, “We can expect that Iran would ask for things in return. We’d have to gauge whether whatever improvements might be made in terms of ‘stronger’ would be worth whatever Iran would see.”

Asked by Jewish Insider after the hearing if Blinken had adequately answered his question, Menendez bluntly answered, “No.”

“We’re going to keep pressing the secretary and the administration to clearly define for us what ‘stronger’ is,” the New Jersey senator told JI. “I know what ‘longer’ means, but I want to hear [what] stronger [means]. I have my own idea what stronger means… I want to see whether they’re going to adopt it.”

During the hearing, Menendez also questioned the dedication of the Joint Comprehensive Plan of Action’s (JCPOA) European members to pursuing any follow-on negotiations or agreements with Iran if the U.S. and Iran reenter the original deal. “My experience with them is that they want to solve the immediate problem but getting them to follow on on the longer-term problems is a much more difficult proposition,” Menendez explained.

Regarding nuclear inspections, Blinken responded that the U.S. “would be in an even better place to insist on [Iran’s] answering those questions” if the JCPOA were restored, without specifying exactly what that path might look like.

Sen. Jerry Moran (R-KS), who questioned Blinken on the topic, told JI he planned to follow up with the secretary after the hearing for a “more concrete answer.”

“The answer was one that you sometimes get in a hearing,” Moran said. “Saying they need to be transparent is certainly true. Getting them to do so… I want to know how that’s going to be accomplished.”

Although he called it “compelling,” Blinken dismissed as unviable a plan for an alternate nuclear deal proposed recently by Menendez and Sen. Lindsey Graham (R-SC), which would create a nuclear fuel bank for Iran and the Gulf States and ban Iran from enriching domestically. Blinken noted that Iran rejected similar proposals that had been offered by Obama administration officials.

Graham, in response, urged the administration to “maybe not take no for an answer.”

Republicans have frequently made the case that the Trump administration’s strategy of ending the nuclear agreement and applying “maximum pressure” sanctions was successful, a claim Blinken repeatedly pushed back on in Tuesday’s hearings.

“All of the egregious actions… that Iran is engaged in are happening under ‘maximum pressure.’ It’s gotten worse, not better,” he said. “So that effort did not solve the problem, a problem we all acknowledge. Whether we like it or not — and we don’t like it — Iran has been engaged in these activities.”

Blinken also declined to commit to keeping sanctions on the Central Bank of Iran or the country’s national oil company, should the U.S. rejoin the JCPOA.

Sen. Susan Collins (R-ME), who pressed Blinken on the issue, told JI she was “disappointed in his response.”

“He did not give a clear answer, and it seemed at odds with the commitment he made during his nomination,” Collins said. 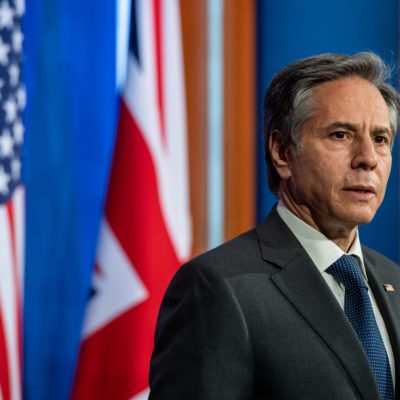 Republicans in both the House and Senate recently introduced legislation that aims to force the administration to submit any agreement with Iran for Senate approval as a treaty. Blinken argued that a treaty with Iran would be less effective than a multilateral agreement like the JCPOA.

“There are benefits to enshrining something in a treaty. There are also downsides, in terms of some of the constraints that actually would place on us,” Blinken said. “It’s also more complicated, when you’re dealing with a multi-party agreement, which is the case of the JCPOA… So looking at the history of arms control [and] non-proliferation agreements, looking at what would give us maximum flexibility, this was the most effective way forward.”

The secretary of state committed on Tuesday to working to reform the United Nations Relief and Works Agency for Palestinain Refugees in the Near East, with a particular focus on eliminating antisemitc and anti-Israel content from UNRWA-distributed education materials, despite the administration’s decision to restore funding to the agency.

The administration is “determined that UNRWA pursue very necessary reforms in terms of some of the abuse of the system that has taken place in the past,” Blinken said. “UNRWA, I think, has leadership that has engaged now in making sure that they have in place processes to prevent that from occurring going forward. We’re looking at that very, very carefully.”

Ahead of Blinken’s testimony, 17 Senate Republicans expressed their opposition to reopening the U.S. Consulate in East Jerusalem, which handled Palestinian affairs before its closure in 2019. They argued in a letter to President Joe Biden on Monday that “re-opening this diplomatic mission to the Palestinians in Israel’s capital would wrongly indicate that the U.S. supports dividing the capital city of our close ally and would only reward the Palestinian leadership’s continued hostility toward Israel.”

The secretary of state declined on Tuesday to provide a specific timeline for reopening the consulate, beyond saying he hopes “we can get this done in a matter of months.”

The GOP letter also touches on a host of other grievances, including the International Criminal Court’s investigation of Israel for alleged war crimes, Palestinian Authority payments to terrorists’ families and the administration’s plans to reopen the Palestine Liberation Organization Mission in Washington, D.C., a move that risks opening the Palestinians up to more than $650 million in financial penalties should they open an office in the U.S.