Spike Wilner is improvising his way through the pandemic

In April, Wilner launched the nonprofit SmallsLIVE Foundation in a last-ditch effort to keep his clubs afloat 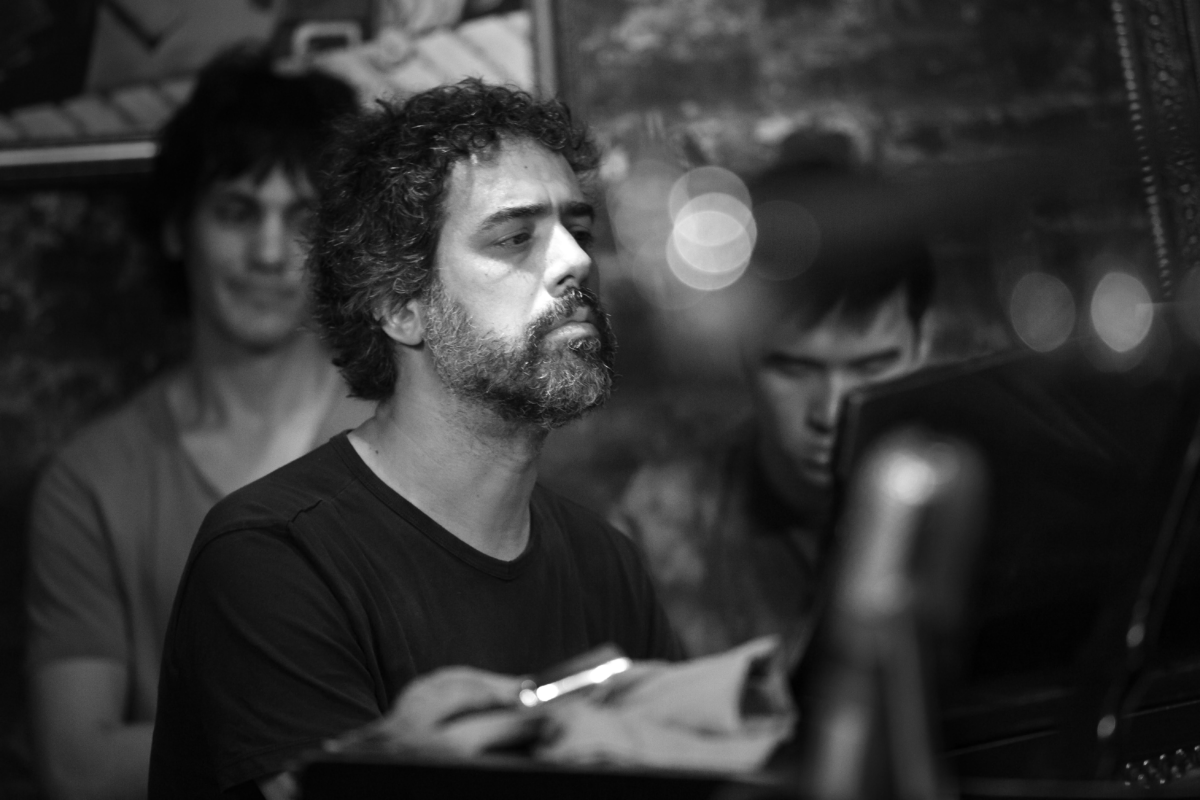 Like most music venue proprietors, Spike Wilner, who owns two jazz clubs in New York’s Greenwich Village, Smalls and Mezzrow, was unsure whether his businesses would survive when the pandemic ripped through New York City in the spring of 2020. Last March, the 54-year-old pianist and impresario contracted the novel coronavirus, as did most of his staff — while the clubs, which had once hosted a staggering five shows a day, remained dormant.

For jazz musicians, the grim prospect of losing two of New York’s most cherished clubs was almost unthinkable. Smalls, a casual basement lair on West 10th Street established in 1994, is one of the city’s most important proving grounds for up-and-coming improvisers looking to establish themselves in the city’s competitive jazz scene. Its nightly jam sessions ran until the wee hours of the morning, usually ending around 4 a.m. Mezzrow, an underground lounge and piano bar founded in 2014, is a minute’s walk across Seventh Avenue — and hosted the city’s top performers in intimate small-group sessions.

“His clubs are not just another pair of small venues to hear music in New York City,” Loren Schoenberg, a tenor saxophonist and the founding director of the National Jazz Museum in Harlem, said of Wilner’s establishments. “They are an essential part of the artistic ecosphere for young jazz musicians in New York — and have been now for a long time. The opportunity they afford for not just the gigs, but for the quote unquote hang, is invaluable.”

Wilner, the son and grandson of Holocaust survivors, was prepared for the worst. A couple of years before the virus struck, he launched the SmallsLIVE Foundation with the intention of subsidizing club expenses that were becoming increasingly untenable. Among jazz fans, it became a well-known repository of archived performances. In April, however, Wilner pivoted, establishing the foundation as a nonprofit in a last-ditch effort to keep his clubs afloat with no revenue on the horizon.

“When COVID hit, it became apparent to me that I had to get it launched,” Wilner told Jewish Insider in a recent interview. Salvation came early through a high-profile donation from Billy Joel, who contributed $25,000 — and soon after, more donations came flowing in. “It was really the fire that got us going,” Wilner recalled of Joel’s early cash infusion, adding: “Without the foundation, the clubs would not subsist.”

Other clubs in New York haven’t been so lucky. In December, Jazz Standard, a popular venue on East 27th Street in Manhattan, closed its doors for good, and in January, Birdland, the famed jazz sanctuary in Hell’s Kitchen, announced on its Facebook page that it was “on the brink of permanent closure.” The Village Vanguard, the oldest jazz club in New York, is eking by.

Wilner declined to reveal how much he has raised, but the regular stream of donations, he said, has allowed him to operate his clubs, cover rent and, since June, host one live-streamed concert every day through a sponsorship initiative he calls “Get The Cats Working Again,” which pays bands $600 apiece.

“That first week that we started, no one else was doing it,” Wilner said. “It was a little bit scary, I have to say, like, no one really knew what was going to happen. People were shocked that we would do a live show, and then everyone started doing it. It’s a weird thing for a band to play to an empty room, in my opinion.”

Some of the funds have also gone to emergency aid for musicians who couldn’t make rent or were in need of grocery money. In addition, next month Wilner is releasing a compact piano trio album, Aliens and Wizards, with his longtime bandmates, bassist Tyler Mitchell and drummer Anthony Pinciotti. The album, funded by Wilner’s foundation, was released by Cellar Music Group and recorded in August at GB’s Juke Joint in Long Island City.

“One of the motivations was really to create an opportunity to pay Anthony and Tyler for work,” said Wilner. “These guys had been out of work for months.”

Another motivation was to document some of the music Wilner had written while he was living with his family in Tannersville, Pa., for two months at the beginning of the pandemic. “It’s just a photo of where I was at that time,” he said of the album, which includes a number of ruminative compositions. “Those are COVID tunes.”

“I can’t say I think I’ve gotten better since the record, but that’s the way it always is,” Wilner added. “Each time you record it kind of pushes you up the ladder a little bit in your development.”

Through the new partnership with Cellar, Wilner hopes to release more albums by other artists, and has ambitions to fund tours when it is safe to do so. “There’s a lot of possibilities as to what can be done,” he said. “It’s just really a matter of money.”

In early March, Wilner opened Smalls and Mezzrow to the public again, at limited capacity, with jam sessions at Smalls that now begin earlier than the usual 1 a.m. start time because of a curfew. Though Wilner is grateful for the extra revenue, things are still tough. “Right now, we’re still not viable as a business,” Wilner said. “We’re not really operating independently.”

“The financial burden has been ridiculous,” said Wilner, who declined a second round of loans from the government’s Paycheck Protection Program because he is holding out for a grant program assisting struggling venues.

Peter Watrous, a guitarist and former jazz critic for The New York Times who is friends with Wilner, said it would be a major blow to the city’s cultural firmament if Smalls and Mezzrow don’t survive the pandemic.

“The thing about jazz clubs in New York is that they’re not just simple jazz clubs,” said Watrous, who helped secure the donation from Joel. “They’re pillars of culture in the same way that the Vienna Opera House would be in Vienna. It’s just a different scale and a different history.”

Wilner isn’t optimistic that live entertainment in New York will return to normal any time soon — if at all. “I doubt we’ll ever get 100% capacity again,” he told JI. “We’ll be lucky to get 50%.”

“I mean, all I can say is in comparison to what we used to have as to now,” he elaborated. “I can tell you that, right now, there are musicians who won’t set foot in the place, that we get hostile Facebook comments and stuff from people who don’t want to see us open. So until this barrier is crossed, where people are not prejudiced against the idea of having venues open and people being together in public spaces, it’s going to be hard. Right now, we’re open, but it’s a bunch of diehards.”

But Smalls, in particular, tends to attract such enthusiasts. “Smalls has always been underground,” Wilner said, “so we’re going to just stay underground where we belong for the time being.”