A case study in how Trump policy is made 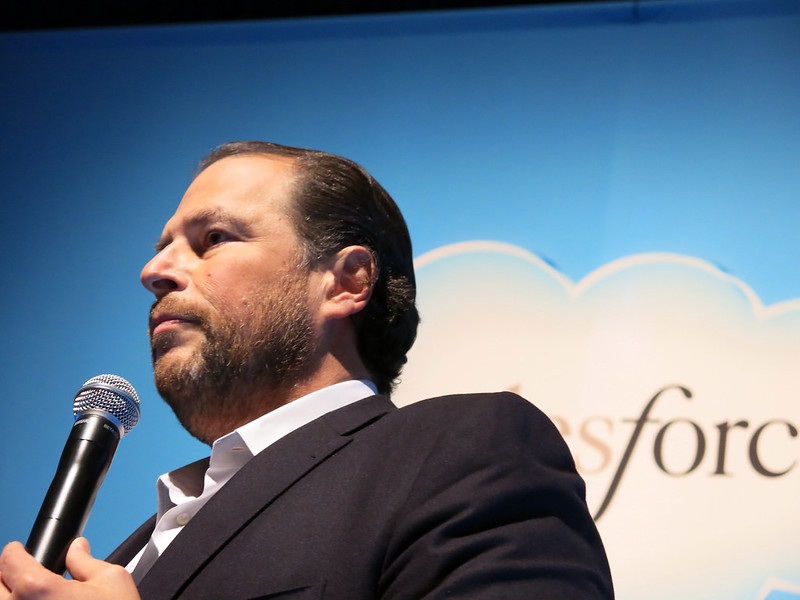 The Salesforce.com CEO during a press & analyst Q&A at Dreamforce 2013 in San Francisco.

Salesforce chairman Marc Benioff was behind President Donald Trump’s recent announcement of a climate change initiative to plant one trillion trees, according to a report published Wednesday by The New York Times, which described the effort as “a study in ad hoc policymaking at the Trump White House.” The formula for success? “A personal appeal from a celebrity voice… [a] back channel through Jared Kushner… and a re-election campaign that has sought to soften some of Mr. Trump’s sharper edges ensured its publicity.”

Back channel: Benioff’s celebrity profile and administration connections were critical in reaching Trump, the Times reported. Benioff used his pre-existing relationship with Trump’s son-in-law and senior advisor, Jared Kushner, to set up a meeting with Kushner in October, where they discussed the initiative.

The plan: Trump announced at the World Economic Forum in Davos, Switzerland, last month that the U.S. would be joining the international Trillion Trees Initiative, which aims to combat climate change — though Trump didn’t use those words, instead calling it “a plan to protect the environment” — and help preserve the environment through reforestation efforts by both governments and private individuals.

What Trump said: “We’re committed to conserving the majesty of God’s creation and the natural beauty of our world,” Trump said in Davos, while also condemning “pessimism” and “perennial prophets of doom” on climate change. He reiterated support for the plan in his State of the Union address last week.

Election considerations: Some in the administration embraced the tree initiative because they thought it might boost Trump’s popularity leading into the 2020 general election — especially among younger Republican voters who are more concerned about climate issues. The president believes the plan will “bring people together,” a senior administration official told the Times.

Benioff ignored skeptics: Benioff’s advisors didn’t think Trump would be receptive to the plan. “People think something that’s actually not true, which is that [the administration is] not interested in hearing new ideas or hearing science,” Benioff said. “Trees are the ultimate bipartisan issue. … Everyone is pro-tree.”

Implementation unclear: Despite Trump’s announcement in Davos, it’s unclear if the administration will follow through. A senior administration official told the Times this week that the White House was working on a plan, but it doesn’t appear in the administration’s $4.8 trillion federal budget proposal, which was released Tuesday.

And in Jerusalem: U.S. Ambassador to Israel David Friedman planted the U.S.’s first tree as part of the initiative at his residence Wednesday. Friedman was joined by KKL-JNF World Chairman Daniel Atar to commemorate the holiday of Tu B’Shvat.