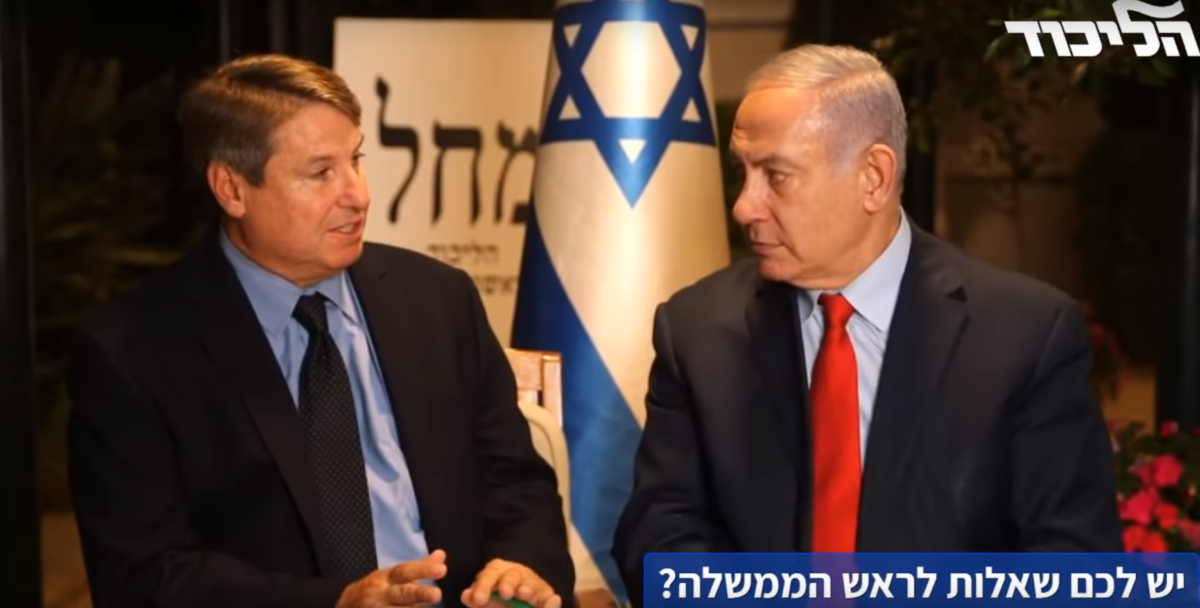 Republican pollster John McLaughlin suggested on Sunday that Democrats are behind the effort to topple Prime Minister Benjamin Netanyahu, pointing to the work of Joel Benenson, a prominent Democratic pollster who is on the payroll of Netanyahu’s main political rival, Benny Gantz.

McLaughlin has been Netanyahu’s campaign pollster since 2005 and also serves as a pollster for President Donald Trump’s 2020 campaign.

In an interview with John Catsimatidis on the “Cats Roundtable” Sunday morning radio program, McLaughlin compared the Likud leader’s legal and political battles to the ongoing effort in the House of Representatives to bring impeachment charges against the president:

John Catsimatidis: I am now putting two and two together. The people [who are] after Netanyahu, are they the same people or [the] same gang that is after President Trump in Washington?

John McLaughlin: “I would venture that because our main opponent in Israel right now, a fellow named Benny Gantz who runs the Blue and White Party — his campaign was just run by Joel Benenson, and Joel Benenson is one of the smartest left-of-center strategists in the country because he was Obama’s pollster for both his elections and he worked for Hillary Clinton. And just like I am over there advising Prime Minister Netanyahu, he’s advising our main opponent. So, you know, in 2015, [the Obama administration] didn’t want Bibi to wreck things with their deal they were going to have with Iran so they were trying to beat him, and now they want Trump and Bibi out of the way.”

“There are a lot of things here that are in common between Prime Minister Netanyahu, him keeping Israel safe and secure, what’s going on in Europe, and certainly what is going on in the U.S. — where the same people, basically, would like to see Donald Trump removed from office because they can’t beat him in the election.”