Speaker Pelosi: Israel is “one of the greatest accomplishments of the 20th century.” 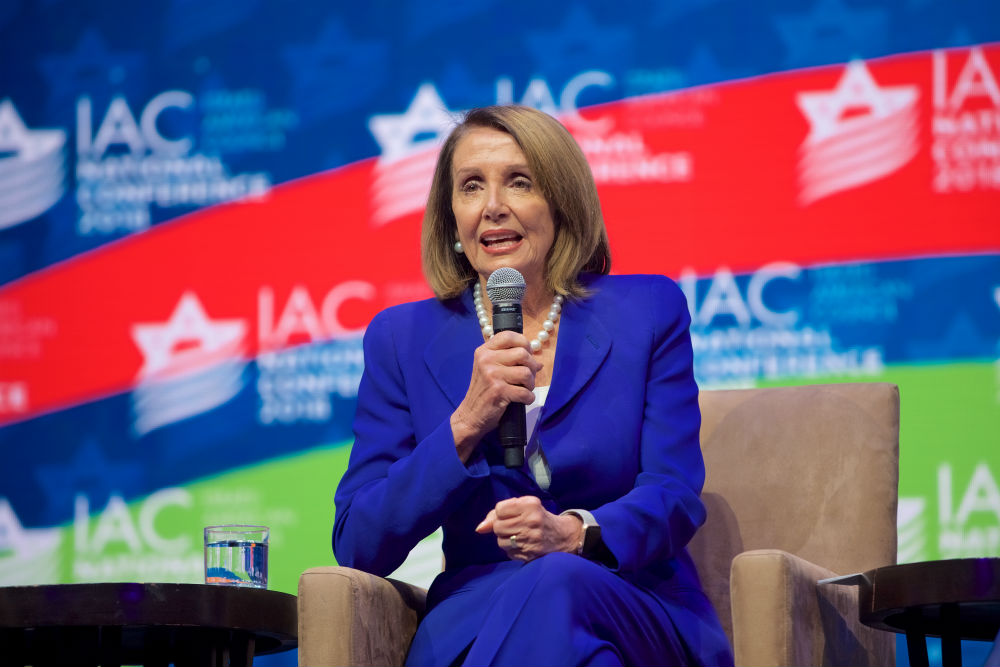 House Speaker Nancy Pelosi downplayed fractures in the Democratic party over support for Israel, in an interview with Washington Post political reporter Robert Costa on Wednesday, saying outspoken members critical of the U.S.-Israel relationship “are not a reflection of our consensus.”

The House Speaker also called the Jewish State “one of the greatest accomplishments of the 20th century.”

Robert Costa: There’s been a lot of debate in your conference in recent months about the issue of Israel. You’re the leader of the democratic party. When you think about the recent violence on the Gaza Strip, what is the Democratic view of what’s happened there and what perhaps should happen?

Speaker Pelosi: “Well, let me just say that — my view the establishment of the State of Israel is one of the greatest accomplishments of the 20th century, it was a political, official establishment of a country. It was so exciting.”

“Israel, we have shared values. Our friend in the Middle East for a long time – our only friend, our most serious partner in the Middle East, let me put it that way. So Israel’s security is very, very important to us. And so, many of us support a two-state solution that has a secured Jewish State and a state for the Palestinians to reach their fulfillment as well. What’s happening there is, in some ways, moving away from that. But, again, a peaceful resolution of that is what members of Congress by and large would support.

“There are some who have said things that are not a reflection of our consensus, you know, and we have pointed that out. But again, Israel’s security is important to us, we think Israel’s security is for the insured by having a two-state solution and we don’t want to move away from that.”

Pelosi on the much-anticipated Trump peace plan: “We’ve been waiting for over a year – I was in Israel last year around Passover, Easter, and we were told that the president’s plan was imminent. Now that was in the end of March of last year. We are 13 months past there and we keep hearing that his proposal is imminent. Maybe it is. We’ll see. But again we have to find peaceful ways to resolve the conflict.”