Even with many major cities not reporting statistics, Jews remained the target of the greatest proportion of religiously motivated hate crimes 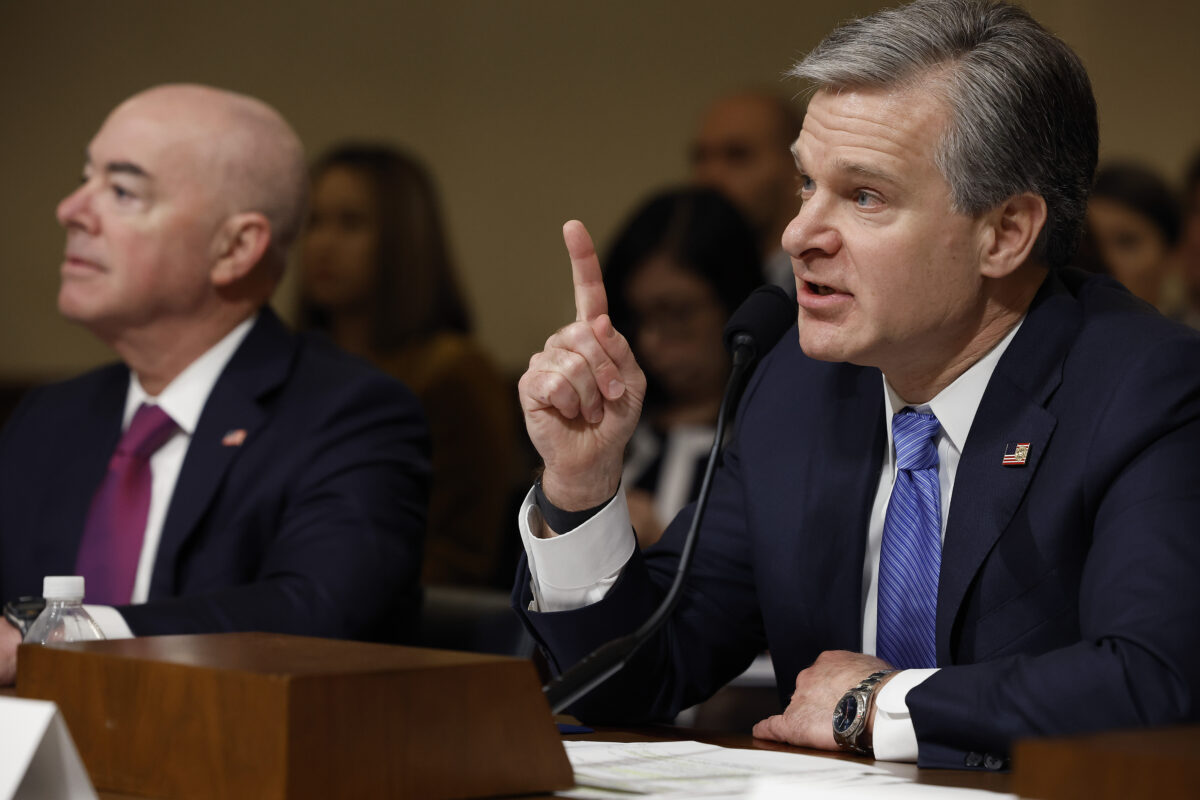 The FBI’s hate crimes statistics for 2021 showed that Jews remained the largest target of religious-based hate crimes, but the overall statistics likely undercounted the overall scope of hate crimes as a result of a significant drop in reporting by local law enforcement agencies, according to the Department of Justice.

The statistics showed that Jews were the target of 324 reported hate crimes in 2021. But overall reporting of hate crimes by local law enforcement to the FBI — which is voluntary — dropped significantly, from 81% of law enforcement agencies nationwide in 2020 to just 63% in 2021.

The total number of anti-Jewish hate crimes reported last year dropped significantly from 2020, but many jurisdictions with large Jewish populations did not report any data, including New York City and nearly all of Florida and California, including Miami and Los Angeles, which lawmakers and Jewish leaders argue paints an incomplete picture of the threat environment.

Rep. Kathy Manning (D-NC), the co-chair of the House called the drop in participation “unacceptable.”

“This year’s missing and incomplete hate crimes data fails to show an accurate threat picture at a time of rising antisemitism,” Manning said. “To improve any metric, we must begin with accurately measuring it. Congress, the FBI, and law enforcement must work together to fix the gaps and flaws in this year’s data, and to improve reporting and measuring of hate crime statistics going forward.”

In a statement, Associate Attorney General Vanita Gupta attributed the drop in reports to a shift to a new reporting system that many states and law enforcement agencies failed to complete in time to submit 2021 statistics. Gupta said that future reports should provide a more fulsome picture as more agencies join the new reporting system.

“As our communities feel more vulnerable to hate crimes and extremist-fueled attacks, it is outrageous that states like Florida fail to report comprehensive data,” Wasserman Schultz told JI. “I will continue my work as a senior appropriator to improve funding of hate crime data collection and reporting. We must reexamine making it mandatory for state and local law enforcement agencies to participate in the FBI’s hate crime data collection efforts. We can never solve a problem if we don’t understand its scope.”

Rep. Randy Weber (R-TX), a co-chair of the House antisemitism task force, told JI that “the underreporting of crime statistics — particularly as they apply to the Jewish community — is alarming… As lawmakers, we have a moral imperative to ensure that our fellow Americans are not subjected to physical, verbal, and online abuse —  when abuse does occur, we must be unequivocal in its condemnation and punishment.”

“Especially at a time when our communities are feeling particularly vulnerable to hate crimes and extremist-fueled attacks, it is egregious that major cities and states across the country have failed to report comprehensive data for 2021,” Anti-Defamation League CEO Jonathan Greenblatt said in a statement. “We urge Congress to make it mandatory for state and local law enforcement agencies that receive federal funding to participate in the FBI’s hate crime data collection efforts.”

Even with the underreporting, 7,262 hate crimes were reported in 2021, the third-highest number in the last decade.

American Jewish Committee CEO Ted Deutch said in a statement that the report’s “shortcomings undermine the gravity of the problem of hate in the United States.”

Congress passed the Jabara-Heyer NO HATE Act earlier this year, with the backing of many Jewish community groups, to provide incentives to law enforcement agencies to submit hate crimes reporting data.

Karen Paikin Barall, associate vice president of public affairs and executive director of the Advocacy Corp for the Jewish Federations of North America, said that the report shows “that we need more training and stronger incentives to ensure that law enforcement can properly identify and act on hate crimes when they occur” and that funding for the Nonprofit Security Grant Program must be increased and Jabara-Heyer must be allocated.

“The underreporting in the FBI data is a significant problem. Without good data, governments and law enforcement cannot accurately do their jobs, including prioritizing limited resources,” Barall said. “Despite the underreporting, it’s easy to extrapolate from this report what every Jewish community has been feeling, which is that antisemitic incidents are increasingly pervasive in our lives.”

Bonus: ADL Vice President Oren Segal is set to testify about the rise of white supremacy at a House Oversight Subcommittee on Civil Rights and Civil Liberties hearing today. Segal is set to say, “we are watching the dangerous normalization of ideologies that animate white supremacy and other forms of extremism” and warn that “This could not happen without elected officials, television pundits and other high-profile influencers legitimizing these views.” He will also warn about the proliferation of extremist consent on social media as well as extremist groups’ membership among law enforcement, the military and elected officials.