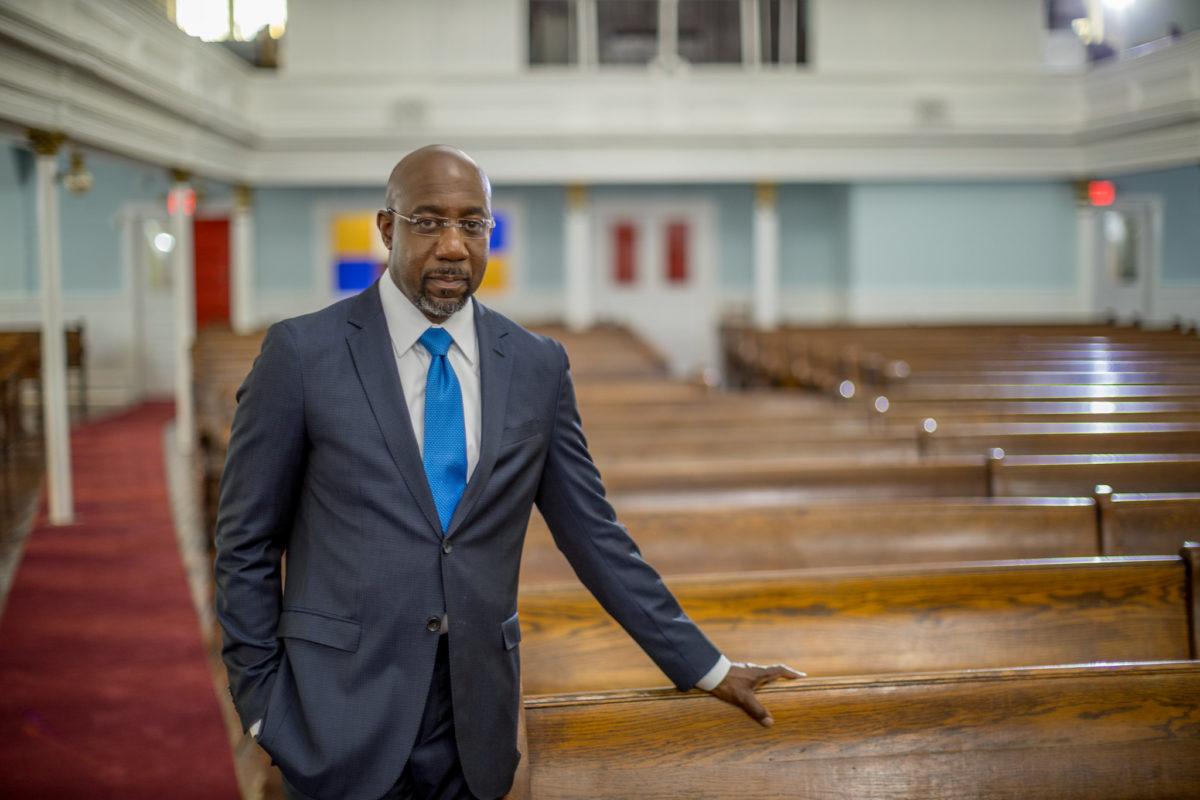 Rev. Raphael Warnock, the Democratic Senate candidate who on Tuesday advanced to a January runoff in Georgia’s hotly contested special election, last year signed his name to a statement likening Israeli control of the West Bank to “previous oppressive regimes” such as “apartheid South Africa” and suggesting that “ever-present physical walls that wall in Palestinians” are “reminiscent of the Berlin Wall.”

The Progressive National Baptist Convention also released the same statement but included additional resolutions, one of which calls on the United States to end military aid to the Jewish state “and to work in cooperation with the United Nations to demand,” among other things, that Israel “cease the building of new, or expansion of existing, illegal Israeli settlements, checkpoints and apartheid roads in the occupied Palestinian territories.”

In the National Council of Churches statement, the faith leaders did not go so far as to call for an end to military aid but expressed hope for “an end of weapons sales and proliferation to all sides in the conflict and, indeed, to the entire region.”

Describing their trip as a “religious pilgrimage,” the faith leaders said in the statement that they had traveled to the Middle East “in the hope of meeting Israeli and Palestinian citizens” and to “better understand the realities on the ground, particularly related to the Occupied Palestinian territories” including East Jerusalem, the West Bank and the Gaza Strip.

On their trip, the religious leaders visited Yad Vashem and held a Bible study session with a rabbi. “We heard the Jewish perspective that proposes a continuum from the biblical lands of Israel taken from the Canaanites, and the present-day political State of Israel,” they wrote.

They also toured Palestinian communities, a refugee camp and “met with families who are fighting to keep their homes from being taken for Jewish settlements and developments.”

“We saw the patterns that seem to have been borrowed and perfected from other previous oppressive regimes,” the statement says, citing the “ever-present physical walls that wall in Palestinians in a political wall reminiscent of the Berlin Wall” and a “heavy militarization of the West Bank, reminiscent of the military occupation of Namibia by apartheid South Africa.”

The faith leaders returned from their trip “with heavy hearts” and “a forlorn sense” that the conflict would continue for many generations if appropriate action is not taken. “We are shocked,” the statement said, “at what appears to be an unstoppable gobbling up of Palestinian lands to almost render the proposed two-state solution unworkable.”

Warnock is senior pastor of the Ebenezer Baptist Church in Atlanta, where Martin Luther King, Jr., previously served as a co-pastor. In a statement to Jewish Insider, Terrence Clark, a spokesman for Warnock’s campaign, said that Warnock does not support ending military aid to Israel and that he values the longstanding relationship between the United States and Israel.

“Reverend Warnock has deep respect for the invaluable relationship the United States has with Israel and how Georgia continues to benefit from that friendship,” Clark said. “The reservations he has expressed about settlement activity do not change his strong support for Israel and belief in its security — which is exactly why he opposes ending direct military aid to such a strong ally. Reverend Warnock is proud to be a part of interfaith communities that model respect and work to seek unity instead of division, he believes people of faith working together is essential to making progress on the issues important to our families, from access to affordable health care to creating a peaceful and secure world.”

Warnock came in first with more than 32% of the vote in Georgia’s Senate special election on Tuesday. On January 5, he will face off against Republican Sen. Kelly Loeffler (R-GA), who was appointed to replace retiring Sen. Johnny Isakson at the beginning of the year and is now vying to serve out the remaining two years of his term.

This article was updated at 1:30 a.m. ET on Nov. 6 to include a statement from the Warnock campaign.