‘We hope that Republicans, Democrats will come together to join us in this great celebration’ 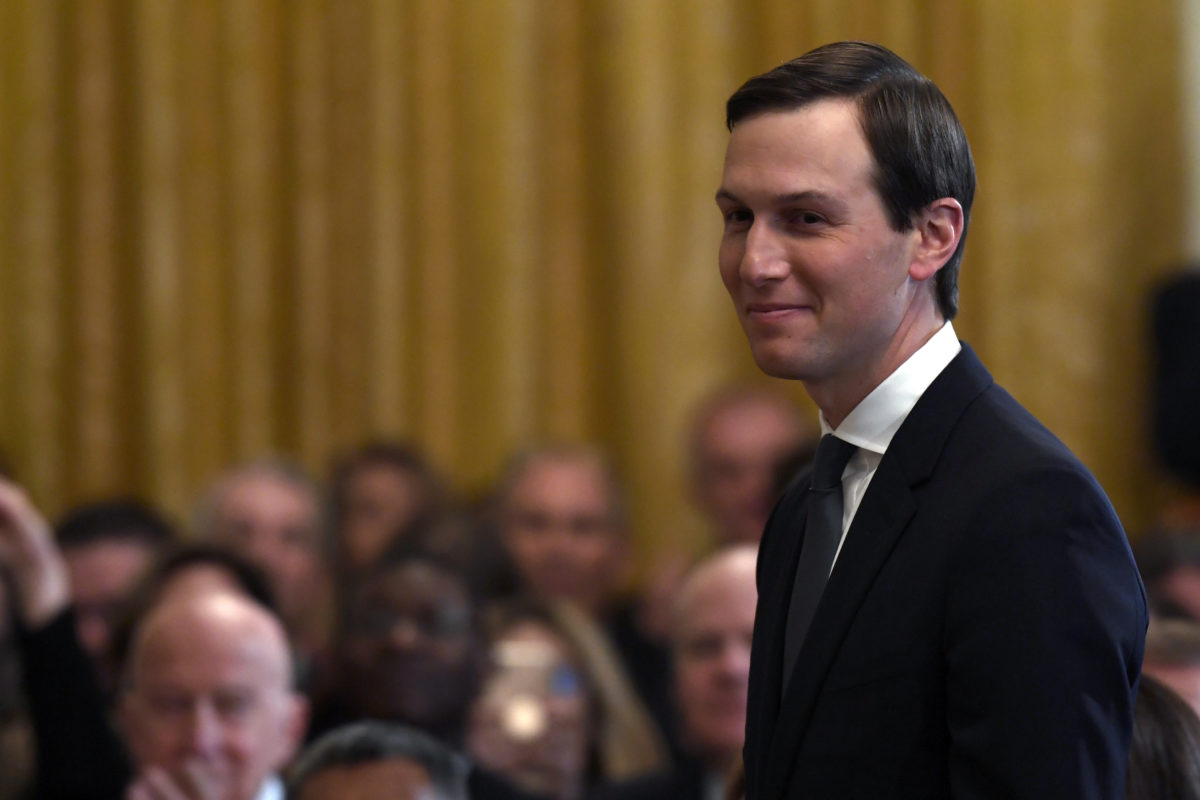 White House adviser Jared Kushner stands up as he is recognized by President Donald Trump at the 2019 Prison Reform Summit and First Step Act Celebration in the East Room of the White House in Washington, Monday, April 1, 2019.

White House Senior Advisor Jared Kushner told Jewish Insider on Wednesday that the White House will invite members of the Democratic Party to attend the signing ceremony of the Israel-United Arab Emirates normalization deal next week.

“This is something that should be bipartisan. We will invite Democrats [and] Republicans to be here,” Kushner told JI during a press call previewing the event, which will take place next Monday and include Israeli Prime Minister Benjamin Netanyahu and an Emirati delegation headed by UAE Foreign Minister Abdullah Bin Zayed.

“This has been praised by people on both sides of the aisle, and, hopefully, this is one issue that can stay out of politics,” Kushner said. “Making peace is a very important thing. This makes America safer, it makes our alliances stronger, it makes the world a better place [and] it makes our American troops less at risk. And so this is a great thing, and we hope that Republicans, Democrats will come together to join us in this great celebration.”

Kushner declined to say whether the administration had invited other Israeli politicians, including Alternate Prime Minister and Defense Minister Benny Gantz and Foreign Minister Gabi Ashkenazi, to join Netanyahu, as they did for the rollout of the Trump peace plan. “Both countries will be able to choose their delegation,” Kushner said. “That will be up to them from their respective ministries.”

Kushner also addressed the ongoing talks with the UAE about the sale of F-35 jets, over Israeli objections “President Trump has shown that he understands Israel’s security, probably more than any American president in decades. He’s been a great friend of Israel. He’s made the region safer. He’s brought America and Israel closer than they’ve ever been before,” Kushner said. “And we’re going to, obviously, work with the QME [Qualitative Military Edge], and we will do what we can do to make sure that we accommodate that circumstance. But the United Arab Emirates is a great military partner of America. We work together on a lot of things that are right on the border with Iran, and have real threats. And I think that there’s a lot of opportunity to be gained by working on this. So this is something that we’re discussing very seriously, and we’ll see what happens as we go through consultations with the Israelis and the Congress and with other partners.”