Greene has a history of promoting antisemitic conspiracy theories, including on the campaign trail 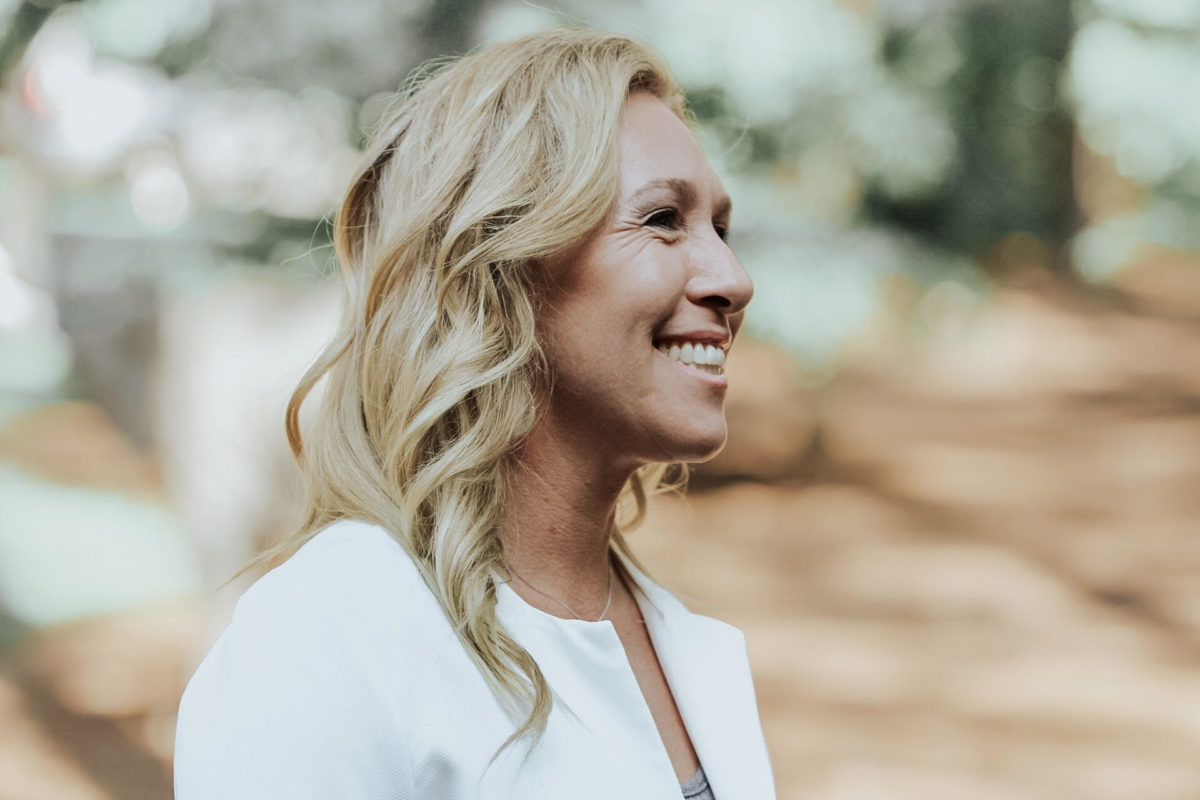 Controversial congressional candidate Marjorie Taylor Greene appears to be headed for Washington following her victory on Tuesday in the Republican runoff in Georgia’s 14th congressional district. Her win raises concerns among Jewish organizations who have sounded the alarm over her candidacy for months. The district’s overwhelmingly Republican make-up all but ensures that Greene will win the general election in November.

Greene has been a vocal promoter of the QAnon conspiracy theory — which alleges that President Donald Trump is working to take down a network of Democratic politicians and celebrities who practice satanism, pedophilia and cannibalism — and has posted Facebook videos expressing antisemitic, racist and Islamophobic views.

Even after launching her campaign, Greene continued to unapologetically propagate antisemitic conspiracy theories, including falsely accusing Democratic megadonor and Holocaust survivor George Soros of “turning people over to Nazis where they were burned in offices” in a recent television interview. She also dismissed questions about a photo she took with a former Ku Klux Klan leader who described her as a “friend.”

“Ms. Greene has a history of propagating antisemitic disinformation,” Allison Padilla-Goodman, Southern division vice president of the Anti-Defamation League, said in a statement to Jewish Insider. “ADL previously called on Ms. Greene to disavow her relationship with a prominent white supremacist leader and retract past antisemitic statements. ADL said that ‘failure to do so is a moral failure and unbecoming of someone seeking elected office.’ Ms. Greene’s continued insistence on propagating such antisemitism shows she has decided to double down on hate, which, to say the least, is deeply problematic.”

Republican leaders spoke out against Greene after her Facebook videos surfaced, but only House Minority Whip Steve Scalise (R-LA) actively worked to boost her opponent, physician John Cowan, frustrating some House Republicans, according to Politico. Scalise, House Minority Leader Kevin McCarthy (R-CA) and the National Republican Campaign Committee did not respond to requests for comment.

The Republican Jewish Coalition opposed Greene during the runoff and endorsed Cowan.

“We are really proud to have endorsed John Cowan. We do not endorse Greene and we think she is the antithesis of what our party stands for,” RJC communications director Neil Strauss said in a statement to JI. “We can hold our heads up high tonight for standing up to Greene, just like we did when we stood up to [Rep.] Steve King by supporting Randy Feenstra.”

Rabbi Abraham Cooper, associate dean of the Simon Wiesenthal Center, said he was hopeful that Republican leaders would continue to distance themselves from Greene.

“During the primary campaign, top national Republican leaders in Congress, led by the House Minority Leader, denounced her bigotry with good reason. Some even endorsed her opponent. Yet she will likely be elected to Congress this fall,” Cooper said in a statement to JI.

Cooper called on Republican leaders to marginalize Greene within the Republican caucus as they did with King after he questioned why white supremacy was considered offensive.

“If Ms. Green[e] doesn’t change course,” Cooper said, GOP leaders “may have to apply [the] same standards to her.”